Students are calling for change on The Ohio State University campus. Learn more. 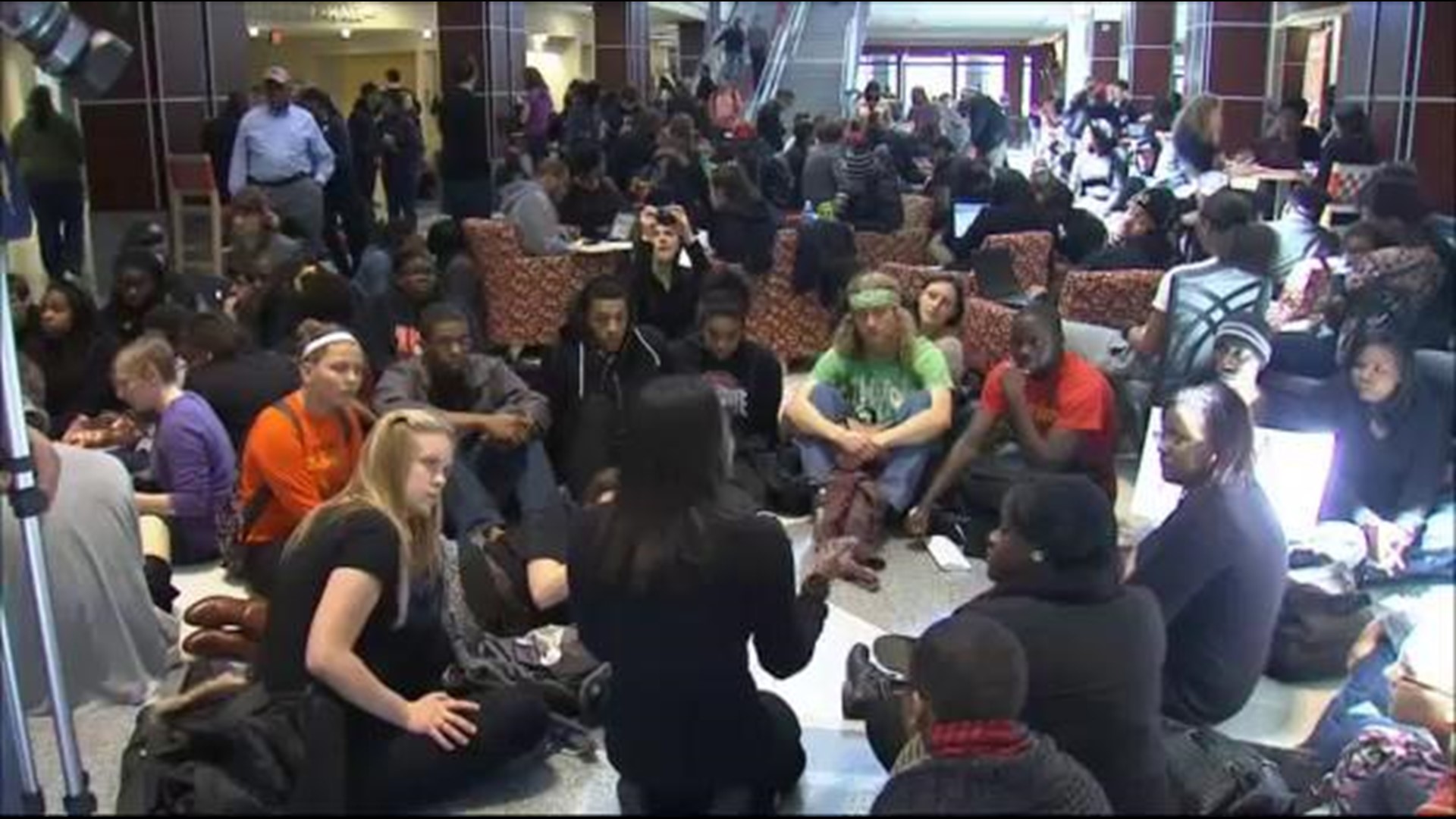 Students on Friday were calling for change at The Ohio State University.

Students staged a sit-in after the university’s board of trustee meeting, 10TV’s Tanisha Mallett reported.

The response came one day after vandalism was found at the Hale Black Cultural Center reading, “Long live Zimmerman,” referring to the shooting death of 17-year-old Trayvon Martin in February.

Students said that changes needed to be made to stop things like the Hale Center vandalism.

During the sit-in, some sat in silence, others shared thoughts and some had small-group discussions on race, Mallett reported.

History professor Hasan Jeffries said that what was written on the side of the Hale Center was a hate message.

“That is why a hate crime hurts in a place like a university so much, because this is the one place where we are all supposed to be able to let down our guard and have open, honest and candid conversations,” Jeffries said.

The group of concerned community members said that the environment for that candid conversation did not exist.

The group shared three areas they said were in need of improvement with the board of trustees. They asked that the campus increase the number of minority faculty and students, alert the campus of hate crimes like it currently does with crime alerts and create an environment that is inclusive of all people rather than just “tolerates them,” Mallett reported.

LaChe Roach, president of the Ohio State chapter of the NAACP, said that these steps needed to be taken by campus leadership.

“If they made it more inclusive, we would have equal funding in everything that we do,” Roach said. “We would be acknowledged when things like hate crimes happen around campus.”

English professor Koritha Mitchell said that she was happy students were taking a stance.

“I’m really proud to see the students kind of advocate on their own behalf, and I feel that part of what they are doing, too, is suggesting the importance of people standing with them,” Mitchell said.

Board of trustee members told the group that they would get back with them in three weeks.