Steroid Use 'Out of Control' in Central Ohio

Illegal steroids are flowing into central Ohio creating a marketplace where they are easy to find and relatively cheap to buy. 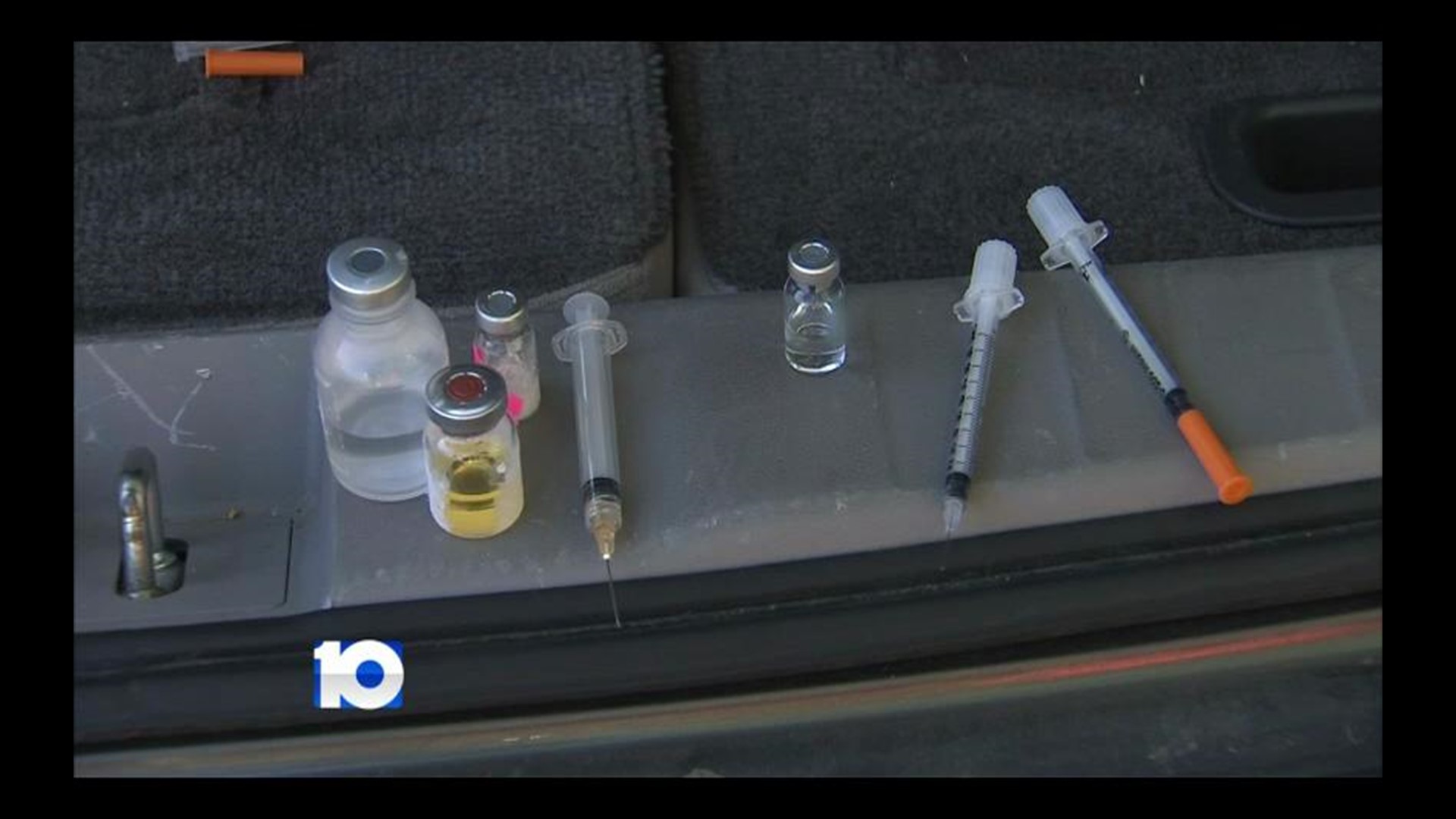 Illegal steroids are flowing into central Ohio creating a marketplace where they are easy to find and relatively cheap to buy.

Despite posted policies against steroid use, the drug is common at some local gyms, said several current and former users.

Those users now agree that the problem is "out of control" in the Columbus area.

The problem is "much more serious than the normal person believes," Holt said.

Holt specialized in steroid investigation as an undercover detective for several years. Holt said he arrested about 25 steroid traffickers over a three year period.

"The commonness of steroids in central Ohio is really a lot more than a normal person believes," Holt said.

Holt said the drugs are proliferating, in part, because criminal sentencing has been lax.

For example, traffickers, such as Joseph Castille, have not received any prison time for selling large quantities of steroids.

10 Investigates obtained law enforcement video recorded at the time of Castille's arrest. The video shows Castille sitting in a car that later proved loaded with vials of steroids.

Castille handed an undercover officer a bag and said, "I want the money in the gym bag."

Castille sold a hundred vials for $5,000, according to court records. Castille later told an investigator, "I could get a lot more...”

Based on a guilty plea, Castille was convicted of a third degree felony, but was not sentenced to any prison time.

The drugs are flowing in from countries such as China and India, said multiple law enforcement sources.

“When we actually got the guys who got the raw materials, it was from China," Holt said.

10 Investigates found a man who said he uses illegal steroids. The man did not want his name used because he fears reprisal from his drug dealer and police.

The user said he buys a six week supply of steroids for $70.

"I use because they make me feel better," said the user.

An owner of a local gym also acknowledges using steroids.

Simmons has always had a prescription for steroids, he said. However, he told 10 Investigates that he believes they should be legalized for anyone over the age of 21.

“My basic philosophy, just right off, I think it should be totally legal," Simmons said.

A doctor at the Central Ohio Poison Center disagreed with Simmons.

"In general, poisonings and adverse effects of poisonings are under reported," said Dr. Hays.

A recovering drug user described a different side effect.

The man, whose name we have chosen to conceal because he is involved an anonymous drug treatment program, said that he enjoyed using steroids until he had a near violent episode.

The problem began when a driver cut him off in traffic, the recovering user said. "I was yelling at him like a mad man. He looked (at) me like, 'Is this guy ok?’ He had that look of fear.”

Holt is not optimistic things will improve until people recognize how serious the issue is in central Ohio.

"It's more available now than it's ever been," Holt said. "And I don't see anything stopping that right now."