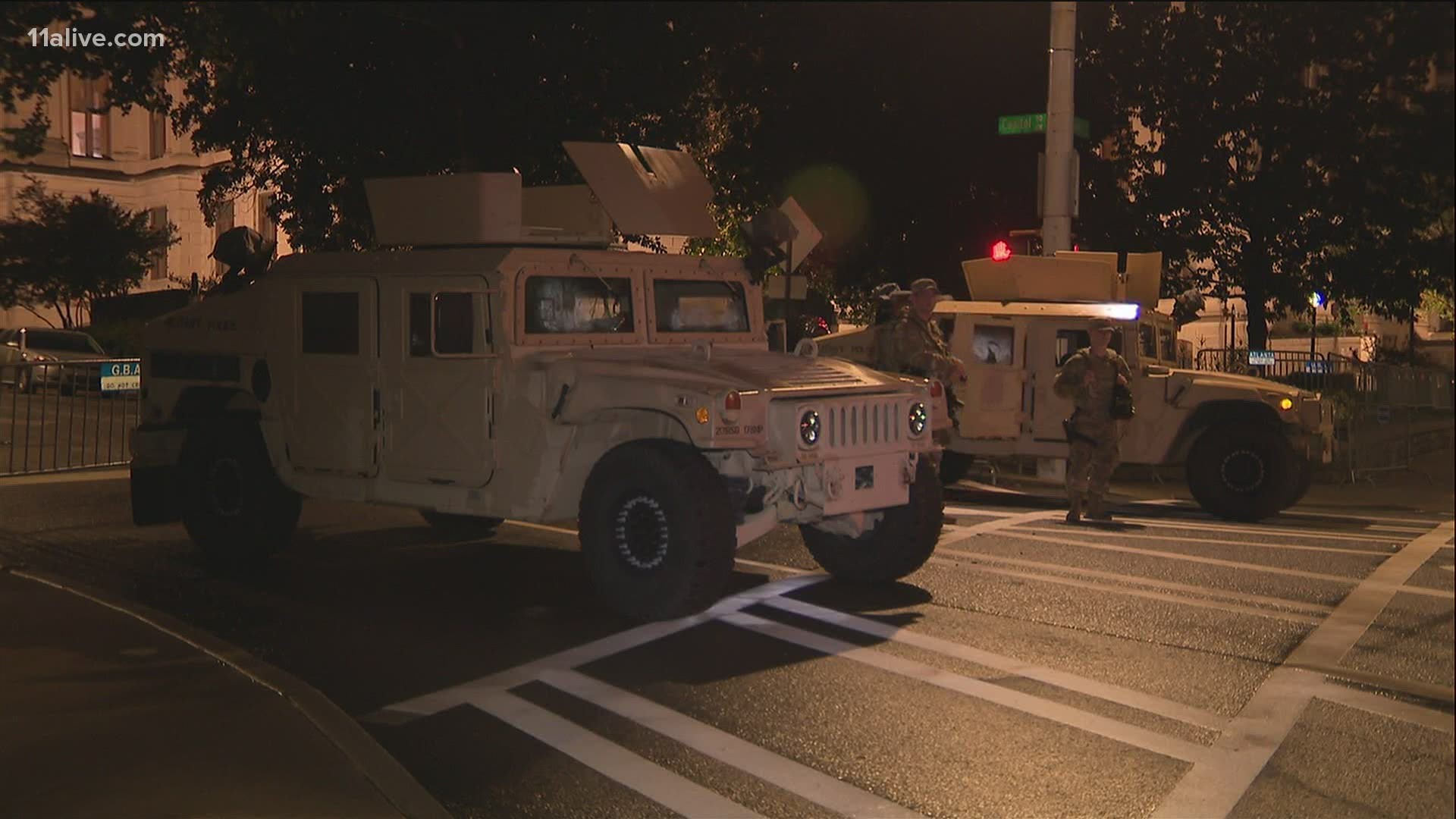 ATLANTA — Gov. Brian Kemp has declared a State of Emergency across Georgia following a weekend of violence in Atlanta that saw five people killed, including an 8-year-old girl, and more than two-dozen others hurt.

The governor's declaration activates up to 1,000 members of the Georgia National Guard to help keep order.

"Peaceful protests were hijacked by criminals with a dangerous, destructive agenda. Now, innocent Georgians are being targeted, shot, and left for dead," Kemp said in a statement. "This lawlessness must be stopped and order restored in our capital city."

The guard members will provide support at state buildings, including the Georgia State Capitol, Georgia Department of Public Safety Headquarters, and Governor's Mansion.

His order also allows state law enforcement personnel to increase patrols on roadways and in communities, especially in the city of Atlanta.

RELATED: Who is Secoriea Turner? | The little girl killed on Pryor Road

RELATED: Governor threatens to 'take action' after 'recent trend of lawlessness' in Atlanta