A southern Ohio school district that is facing a lawsuit over a portrait of Jesus hanging in a hallway has a plan on how to fight in court. 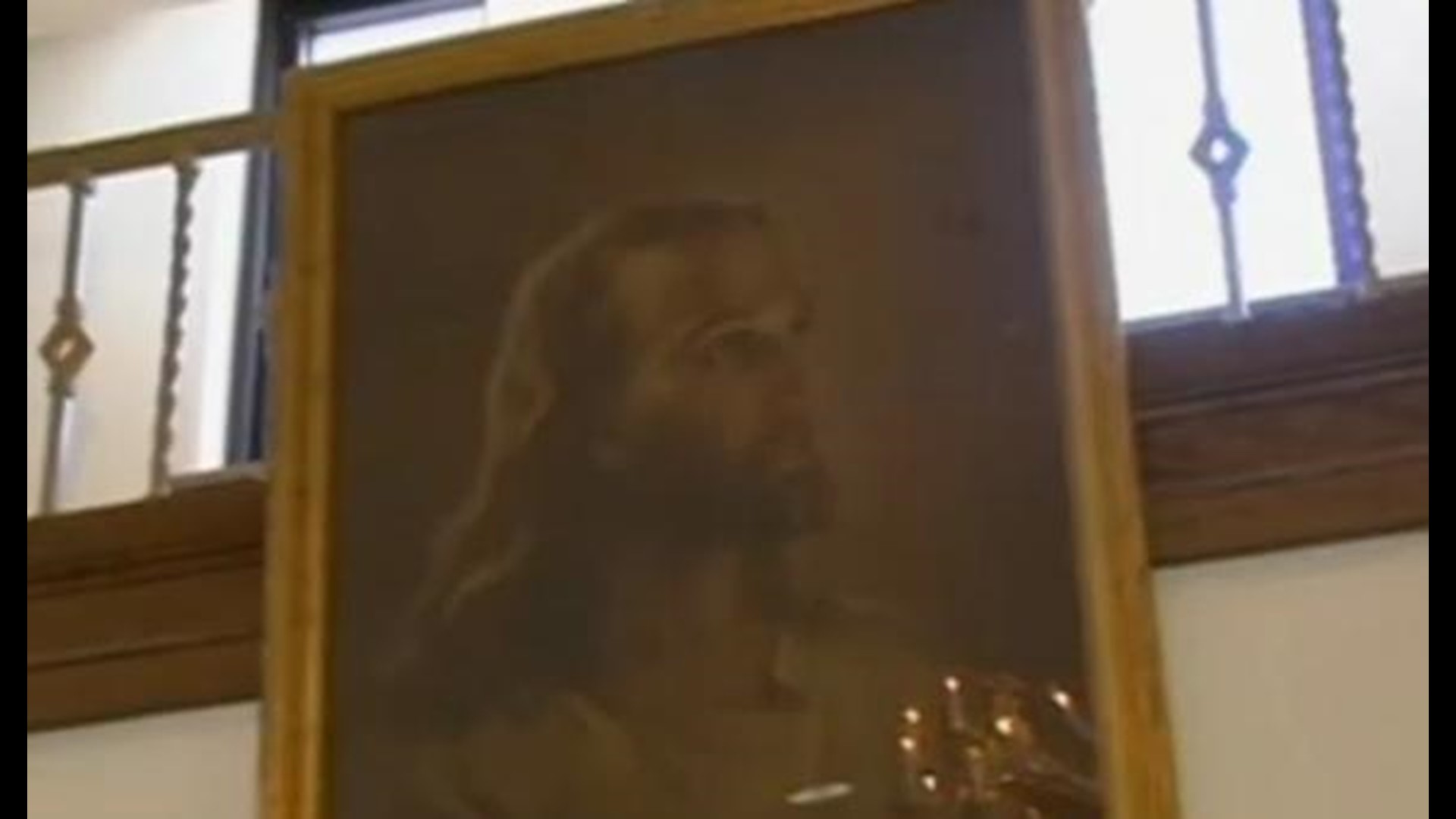 A portrait of Jesus hanging in a Jackson Middle School hallway has been the focus of debate.

Last month, a crowd of hundreds told local school officials that they wanted it to stay.

Last week, the Freedom from Religion Foundation and American Civil Liberties Union of Ohio filed a lawsuit against the district on behalf of a student and two parents.

The suit argues the portrait "imposes the beliefs of one particular religion" upon the children, making the plaintiffs "feel like outsiders who are being coerced by their government into observing the religious portrait.”

On Tuesday, the district's attorneys said it is not about the U.S. Constitution versus public sentiment. It's about whether the portrait is private speech or government speech.

Since the picture of Jesus was placed by the Hi-Y student group, the attorneys believe it is their private speech, not the district's, and therefore can stay.

“What the Supreme Court has said is that in a government building, if you allow free speech, then you're not allowed to discriminate against that speech because of its religious viewpoint,” said Hiram Sasser, Liberty Institute.

The school board voted to establish a limited public forum to allow other student groups to post similar portraits.

“Let me give you a perfect example, the French Club could put up a picture of the Eiffel tower,” said Phil Howard, Jackson City Schools superintendent.

The attorney representing the district said the Hi-Y club is still in existence in Jackson and has hired its own attorney to make sure its portrait stays put.