While helping unite loved ones in flooded Houston, a local American Red Cross volunteer received a phone call that her son had been shot and killed in Columbus. 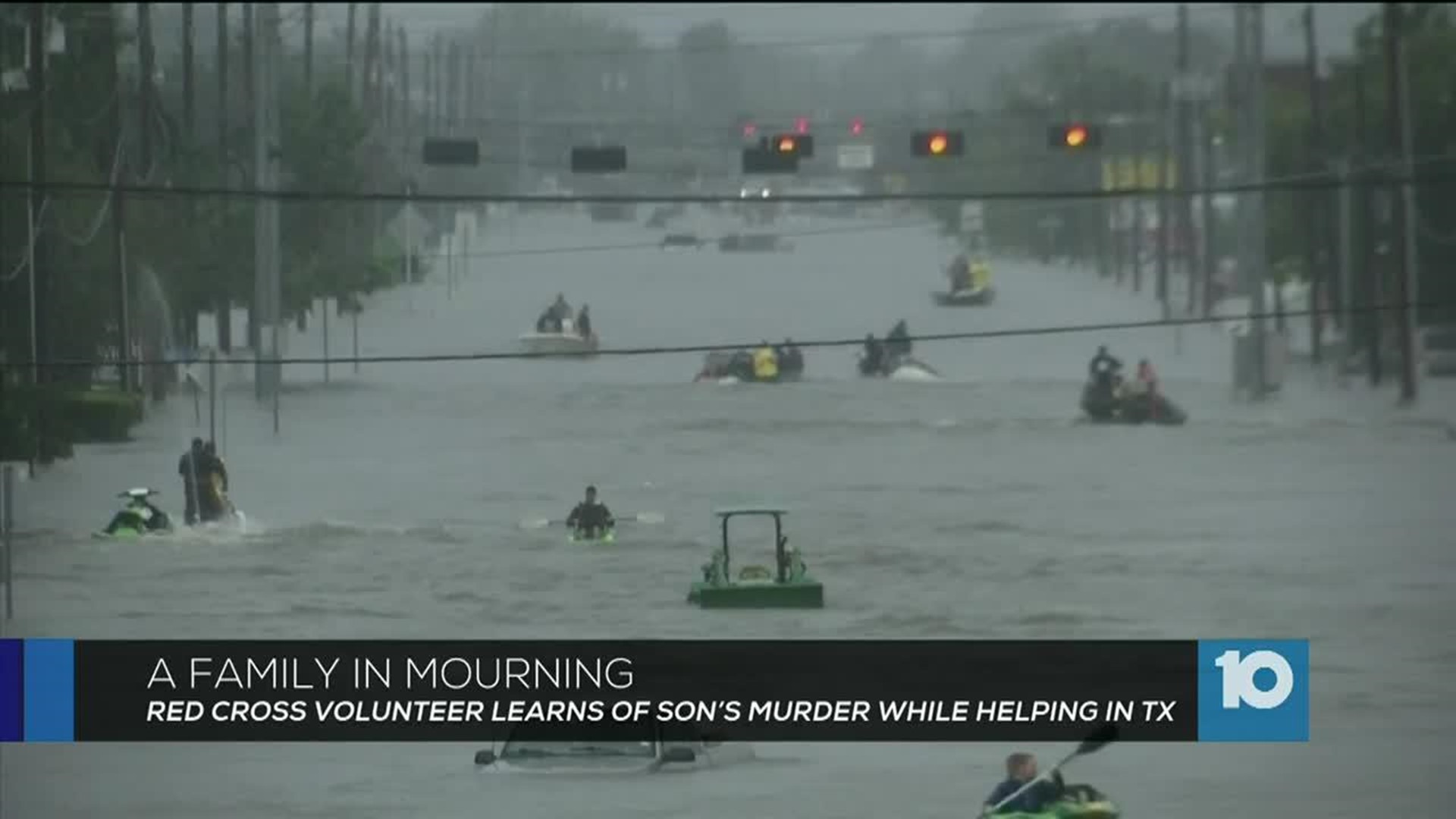 COLUMBUS, Ohio - While helping unite loved ones in flooded Houston, a local American Red Cross volunteer received a phone call that her son had been shot and killed in Columbus.

Roberto Marshall's family says they are fed up with the violence in their community.

"I'm still kind of shocked and in denial and you know can't believe that this is happening," his mother LaMona Marshall said.

Time is moving slowly right now for the Marshall family.

"I'm just kinda taking it hour by hour. It's just, I just feel like I just don't, my heart is just not inside. I don't even feel it beating anymore," she said.

Someone shot and killed Roberto Marshall Saturday night, near an apartment complex in the area of Stone Ridge Drive.

"He just had a big heart. He cared about people a lot," his sister LaVonna Marshall said.

At the same time, LaMona Marshall, an America Red Cross volunteer, had been supporting grieving families in Houston, Texas during Hurricane Harvey.

"And then to get that call and come home and you know that my son is gone," LaMona Marshall said.

So focused on helping others, LaMona said she was not sure who would help her.

"All the things that I do to help somebody and I was like, I hope I'm going to have some help," LaMona Marshall said.

She says her son's love for his community, music, and helping young teens and kids is getting her through. Just like her, he wanted to give back.

Marshall says her son helped with youth outreach and even got involved with legislative efforts to make changes in the community.

"My son, he was about giving too, to his community," LaMona Marshall said.

She calls her son's death senseless and asks her community to take the time and think.

"It's just gotta stop, and I just urge people to look in your heart and see how you can make a difference," LaMona Marshall said.

Marshall's aunt, Rayisha Lewis, says the violence causes too much pain for families and whoever did this to Robert Marshall should turn themselves in.

"If you are watching whoever did this, you need to come forward cause it's not right. It is not right," Lewis said.

Investigators have not arrested a suspect in this case.

If you would like to help with funeral costs for Roberto Marshall you can donate here.