Jobless in America: More than half of last year's college grads cannot find work, and many are returning home. Get the story. 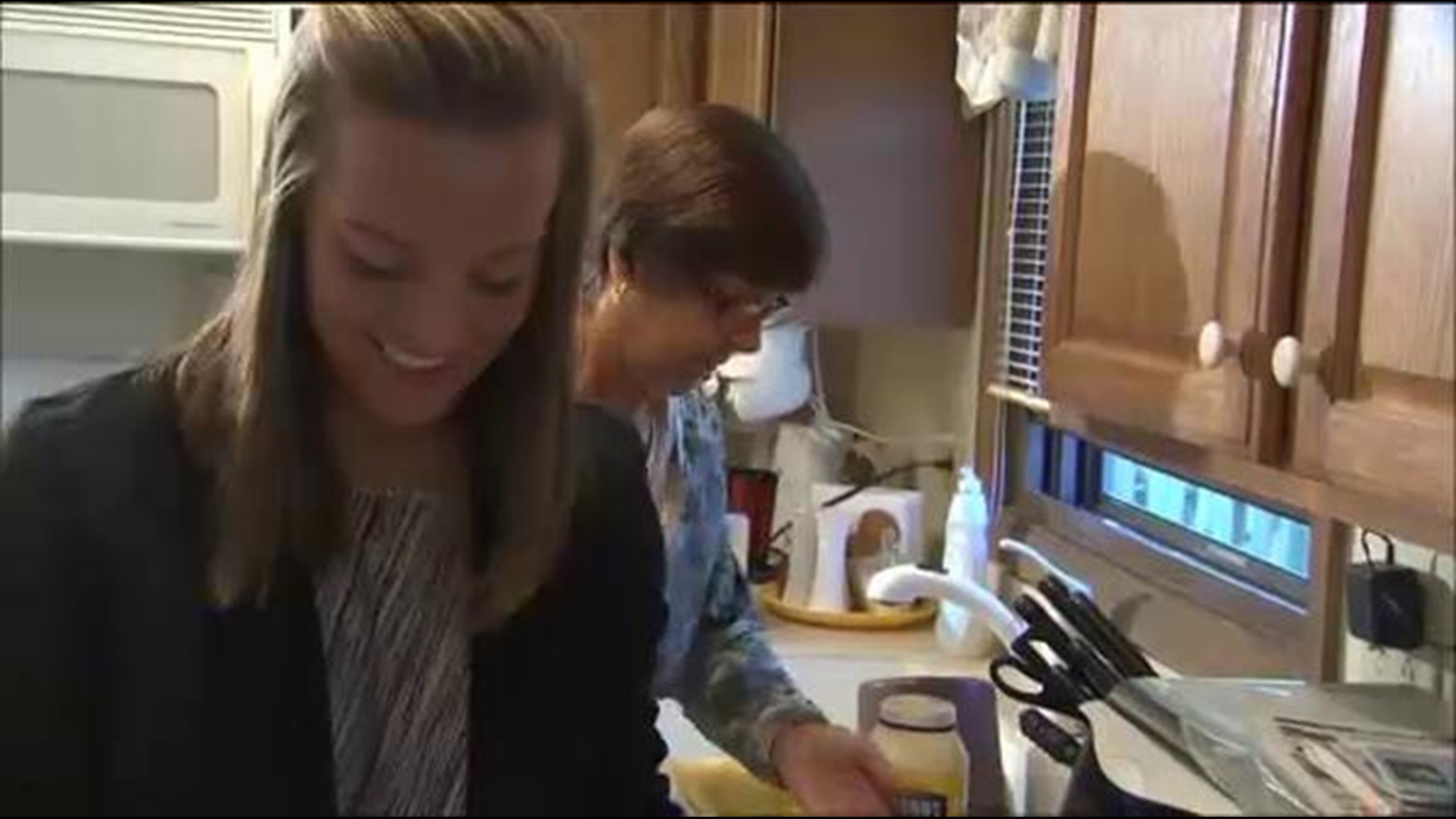 On a busy night at a northside bistro, server Heather DeSantis seemed to be everywhere.

She works hard and she is glad for the work, but it was not what she expected when she graduated from Wittenberg University last May in public relations,10TV's Andrea Cambern reported.

"I've applied for more than 50 jobs.  And even went to two different recruiting agencies, hoping to find a job," DeSantis said.

DeSantis is not alone.

New research conducted for the Associated Press found that one out of every two college graduates from DeStantis’ class is either unemployed or under-employed – the lowest level in more than 10 years.

"I can't really seem to find any light at the end of the tunnel, because there are so many people in the same position as me," DeSantis said.

At The Ohio State University’s Institute for Population Research, family scientist Claire Kamp Dush said the problem is compounded by student loans that come due six months after graduation, often $25,000 or more.

"So whether it's part-time work or some other kind of temporary job that they can do, just to try to get some money coming in, they may not have enough left over to afford rent," Kamp Dush said.

For mothers like Sharon DeSantis, that means the once-empty nest is no longer empty. While Sharon DeSantis loves her daughter, she said, "It's been hard.  We've had a lot of battles, I have to say."

Sharon DeSantis said that she wants Heather to stick to a curfew. That does not always happen.

"And I start thinking where is she at, what is she doing?  Is she okay?" Sharon DeSantis said.

"It's hard trying to find balance between living a normal life of a 23-year-old, but coming home and respecting curfew and realizing that staying out late is worrying my mom and can be scary," Heather DeSantis said.

"We really don't have those family meals together that much," Sharon DeSantis said. "Sometimes I think she's just like a border here."

Kamp Dush said that these boomerang kids are adults, so both generations need to work out rules, to live peacefully...for as long as it takes.

Kamp Dush said that it is also a good idea for parents and adult children to work out an exit strategy.  That way the living arrangements aren't open-ended, and moms and dads can once again have an empty nest.