Senator Jim Hughes is pushing new legislation that would enforce mandatory prison sentences for killing a police dog or horse in the line of duty. 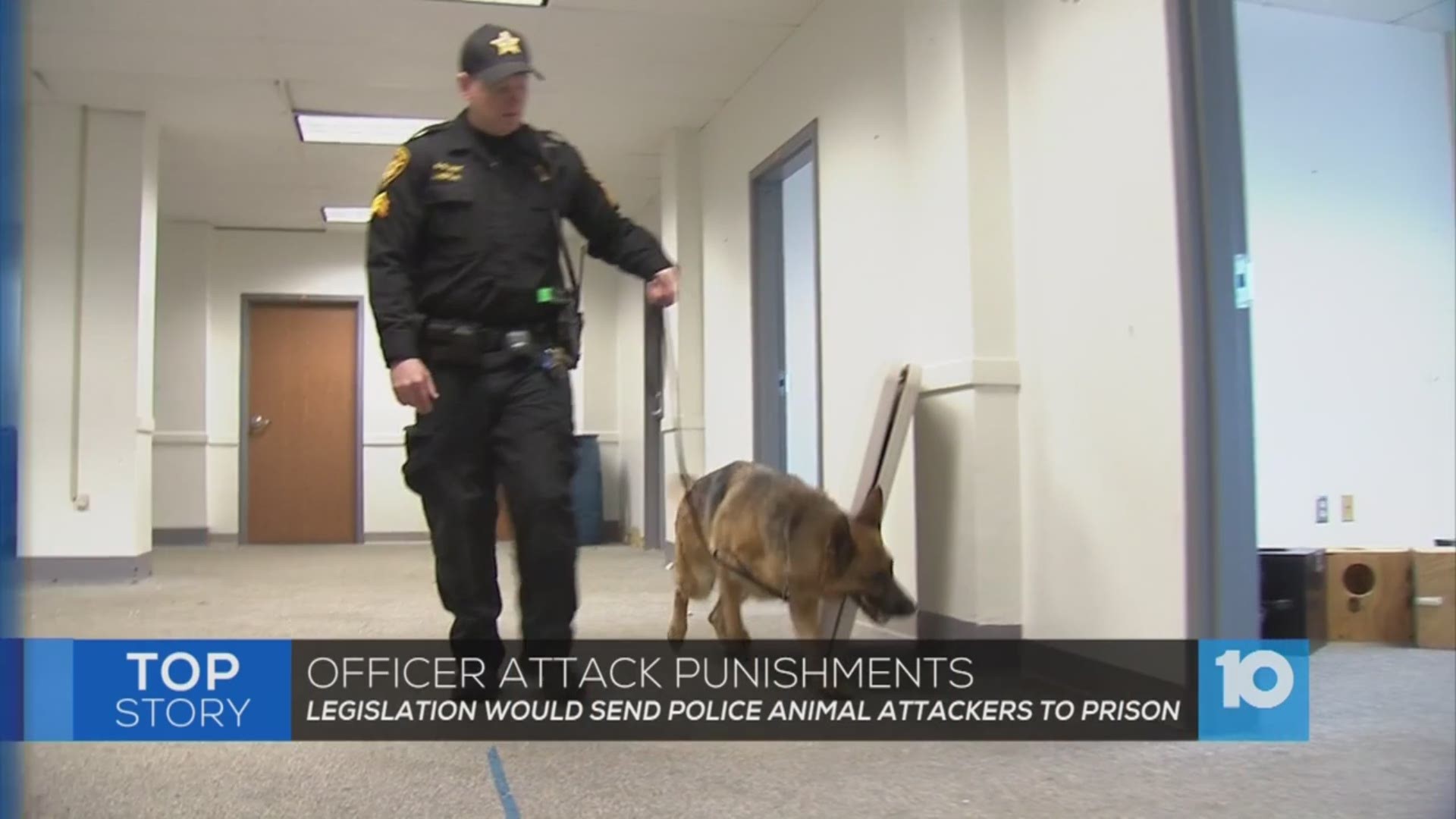 An Ohio lawmaker is going after criminals who kill a police dog or horse in the line of duty.

Franklin County Sheriff Sergeant Aaron Heflin says his dog, Vando, is his shadow.  “If I lost my partner it would be like [losing] a person,” explained Heflin. "In a way, it's worse when something happens to a dog because - just like a child - we look at them as being more helpless.”

Ohio Senator Jim Hughes is pushing Senate Bill 286 which would require anyone who kills a police dog or horse to spend at least nine months behind bars.  Hughes says if someone is cruel enough to kill a K9 then “they'll do this to an officer or somebody else.   And to me the state of Ohio shouldn't put up with this.  We need to get tough on it right away and stop it before it gets out of control.”

It was difficult at times for Sgt. Hefflin to answer 10TV’s questions as Vando slobbered the deputy with dog kisses,  but Heflin says despite the obvious bond between them, Vando is truly your dog and says Vando wouldn't hesitate to put himself in harm's way to protect you.  Heflin says if Vando ever lays down his life in the line of duty then he deserves justice.

Senator Jim Hughes says the legislation would also force criminals to pay a fine of up to $10,000.   The money collected as a result of the fine would help pay for the cost of an animal’s replacement as well as training costs.