Toriana Davis, 18, saw a man have a heart attack at a bus stop near a shelter where she had just moved. Her actions saved his life. 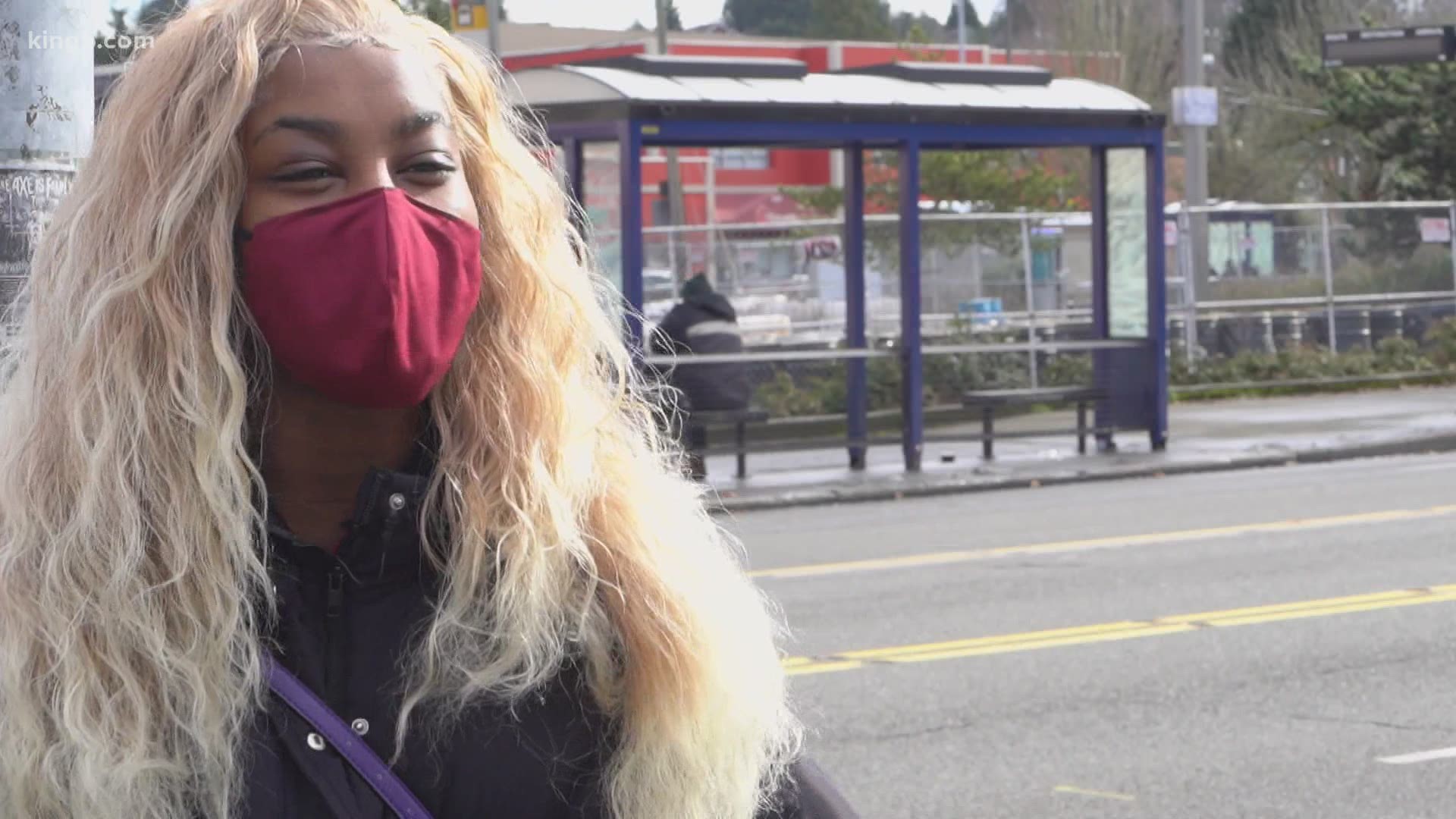 SEATTLE — With everything that life throws at us, we never know when or where we will be put to the test.

For Toriana Davis, 18, one of those tests came last week, at a bus stop on Rainier Avenue and Genesee Street in Seattle's Rainier Valley.

A man, who had just ended a volunteer shift at the Rainier Valley Food Bank suffered a heart attack. Davis was sitting next to him and said he become slumped over on the bench at the bus stop.

"It was really scary, he had worked all day and people noticed he wasn't his usual self," said Gloria Hatcher-Mays, the executive director of the food bank.

Without much thought, Davis did chest compressions until the fire department arrived. She said the last time she took a CPR class was in middle school.

The man survived and is now recovering in the hospital.

"It made all the difference in terms of him surviving or not surviving," said Hatcher-Mays.

While 18-year-old Davis is right now working on her GED, she's experiencing homelessness and just moved into a shelter along Rainier Avenue. She says the tough stuff life threw at her prepared her to save a life.

"I was in foster care before and extended foster care. There was a lot of things going on, a lot of traumatizing moments, but if those moments didn't happen, I probably wouldn't have been here to save his life," Davis said. "In a way, I'm grateful."

With everything she's going through Davis decided to help take the man's place at the food bank and become a volunteer — where she's earned the nickname 'superhero.'

"She really does deserve it. She's amazing," Hatcher-Mays said.

Davis hasn't met the man she saved but she plans on sticking around the food bank.

"I'm just surprised I'm really here right now. I'm going through my own thing like I was just, hotel surfing, couch surfing, and I just came to the shelter literally less than 24 hours before I saved a man's life," she said. "It's right place, right time, for real."

Hatcher-Mays says the food bank is excited to have Davis on their team.

"We rely on volunteers and having people like Tori who just sprung into action, it’s how we want to be as a food bank. We want to be the people who take care of each other and support one another," she said.

As she continues in her new role, she hopes others follow her lead and look for ways to helps one another.

"If you see someone in need and you have the ability to help them, do it. God is clearly sending you to do something he can't," Davis said.