School Board Votes To Remove Portrait Of Jesus

Find out why a school board voted to remove a portrait of Jesus in a high school. Get the story. 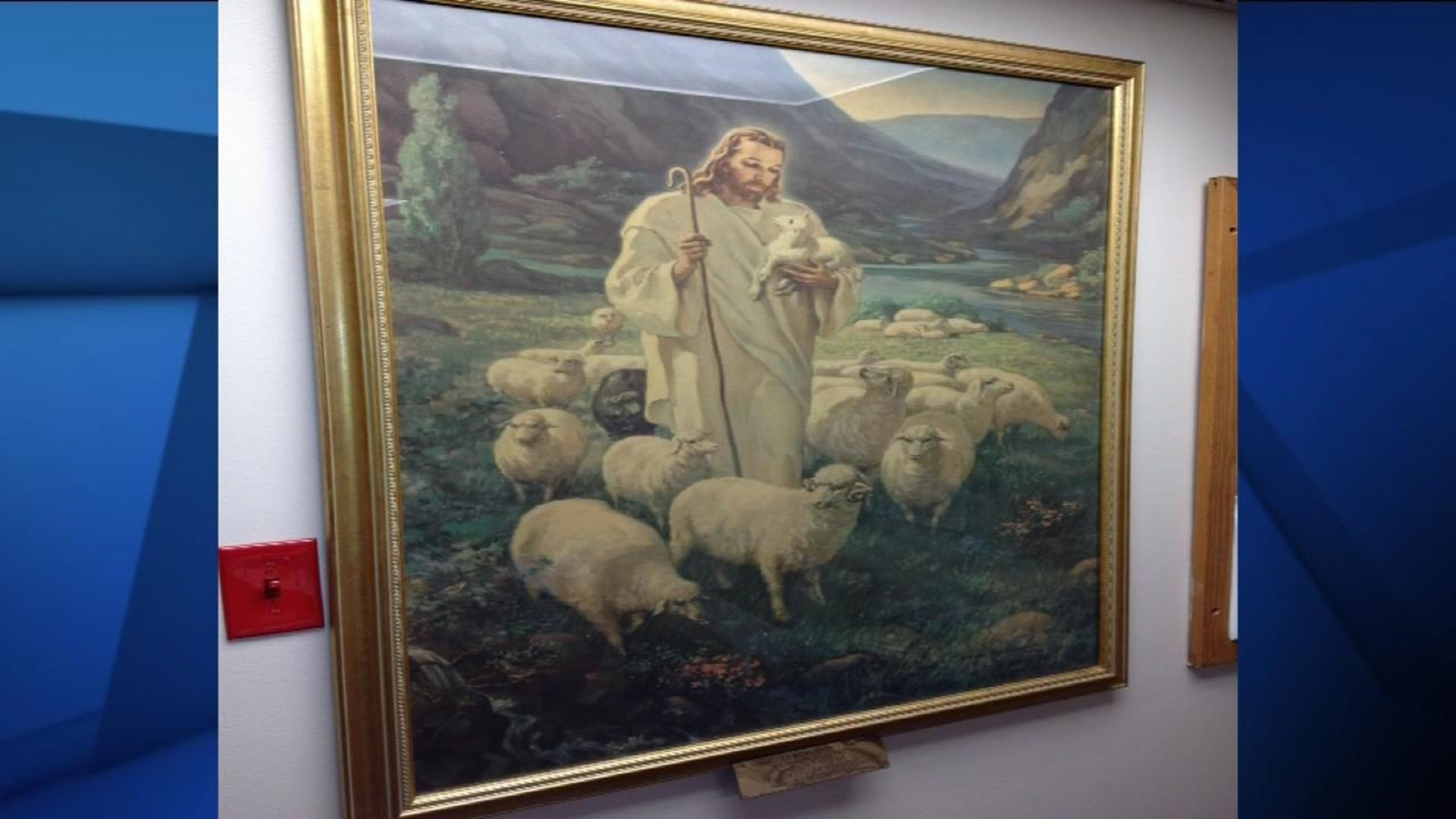 The East Muskingum Local School board voted to remove a portrait of Jesus from the high school Thursday night.

Hundreds of people packed the school board meeting to take part in the discussion about the picture. The Ohio American Civil Liberties Union threatened to bring a federal lawsuit against the district if the picture wasn't removed.

The portrait is a memorial for a teacher who dedicated her life to teaching and died in John Glenn High School.

Margaret Barnett taught in the district for 51 years.

"She never married, the school and the community, they were her family," said Superintendent Jill Johnson.

The picture was dedicated to Barnett. The plaque reads the day she died at the school: May 7, 1971.

80-year-old Barnett died in front of her class. The devastated staff donated money and bought the picture of Jesus surrounded by lambs.

The picture hung in the lobby until it was moved to an office in the 1990s.

This year, a student made a push to have it taken down. The ACLU of Ohio got involved and threatened a lawsuit.

"The portrait represents the endorsement by the government of a specific religion, that's why it needs to come down," Nick Worner, the communication director of ACLU of Ohio said.
The ACLU said there were other ways to memorialize a teacher.

At Thursday's school board meeting, the crowd disagreed. No one who spoke was in favor of removing the picture.

"With all the problems our children face today stemming from the lack of compassion, respect of other people, our answer is to remove the truest symbol of these values we're trying hard to instill," one person said.

"It's not hanging up in a place where people are forced to worship it, or even look at it, taking it down would be disrespectful to her," said another.

The Jesus portrait will be moved to Rix Mill Presbyterian Church where Margaret was a member. The frame will remain at John Glenn High School as a memory.