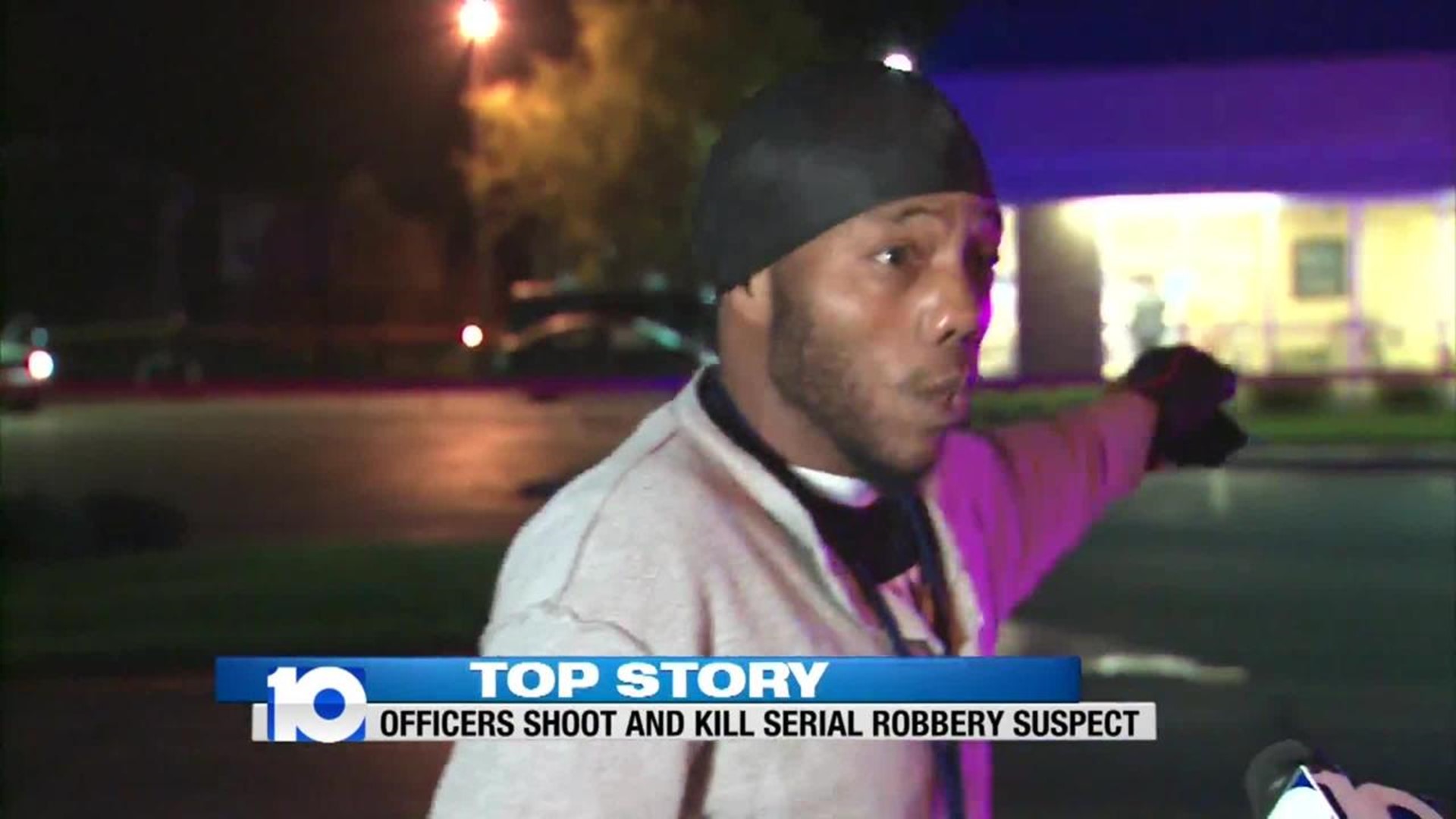 A robbery suspect is dead after an officer-involved shooting at a southeast Columbus United Dairy Farmers.

They saw a man walk in the convenience store, hold an employee at gunpoint and demand cash.

When the man left the store, police say he ignored commands to drop the gun, so officers opened fire.

The suspect was transported to Grant Medical Center where he was later pronounced dead.

Officers found a gun and cash at the scene.

Police say they believe the suspect was responsible for robberies the previous two nights at the same location.

None of the officers were injured.

Officers have not yet released the suspect's name.

Stay with 10TV and refresh 10TV.com com for updates.