Officer Hickey says he offered to pay the city $3,500, which is what the city says Ajax was worth. 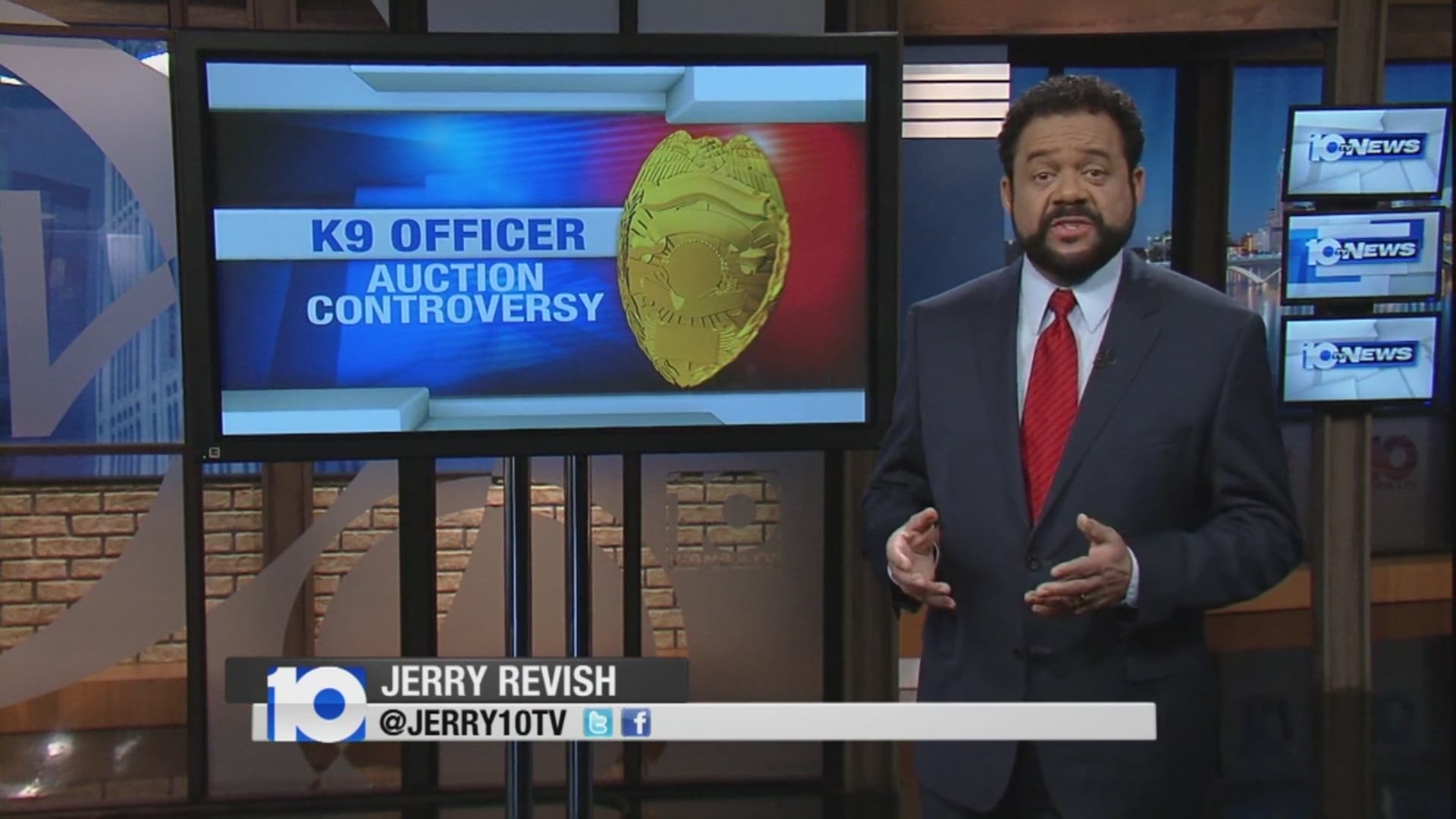 Marietta K9 Officer Matt Hickey says he's spent every day for the past three years with his partner Ajax.

“Ajax is a family member, one of my children,” he said.

But this bond could be broken forever.

It all started when Hickey decided he wanted to retire. Hickey is 57 and Ajax is going on 6. Ajax has the potential to work six more years.

“I was under the assumption I would end up with the dog [when I retired],” he said.

Hickey says he offered to pay the city $3,500, which is what the city says Ajax was worth.

He says he talked to his chief about this and had the money in hand the day he retired.

It turns out it wasn't as easy as Hickey thought. In the eyes of the law, Ajax isn't just a dog.

“The dog is property of the city of Marietta,” Marietta Law Director Paul Betram III said. “Because it is personal property, it is treated like a shovel. That's just the way it is.”

The cold hard truth about Ajax is that the city must sell him to the highest bidder at auction which may not be the one person who knows him best.

“I’m afraid somebody might take the dog and auction way high and go over my head,” Hickey said.

It may sound strange that a dog can be sold at auction, but the city says it has the power to do it.

The city says only a police officer, either active or retired, or someone who trains K9 officers would be allowed to bid on Ajax.

Until then, Ajax remains at Hickey's home but how long won't be known until the bids for Ajax are opened.

Hickey hopes his bid is the only one so he and Ajax can retire together.

We spoke to other police departments about this story. No one can recall a situation where a police dog was put out to bid when the officer retired.

Ohio law provides that officers can buy their dogs if the dog is older, or injured in the line of duty.

Hickey hopes his case will motivate legislators to change the law to make it easier for K-9 handlers to buy their dogs.