The city of Columbus is tearing down blighted homes and neighbors can’t wait for things to get started near them. Read more. 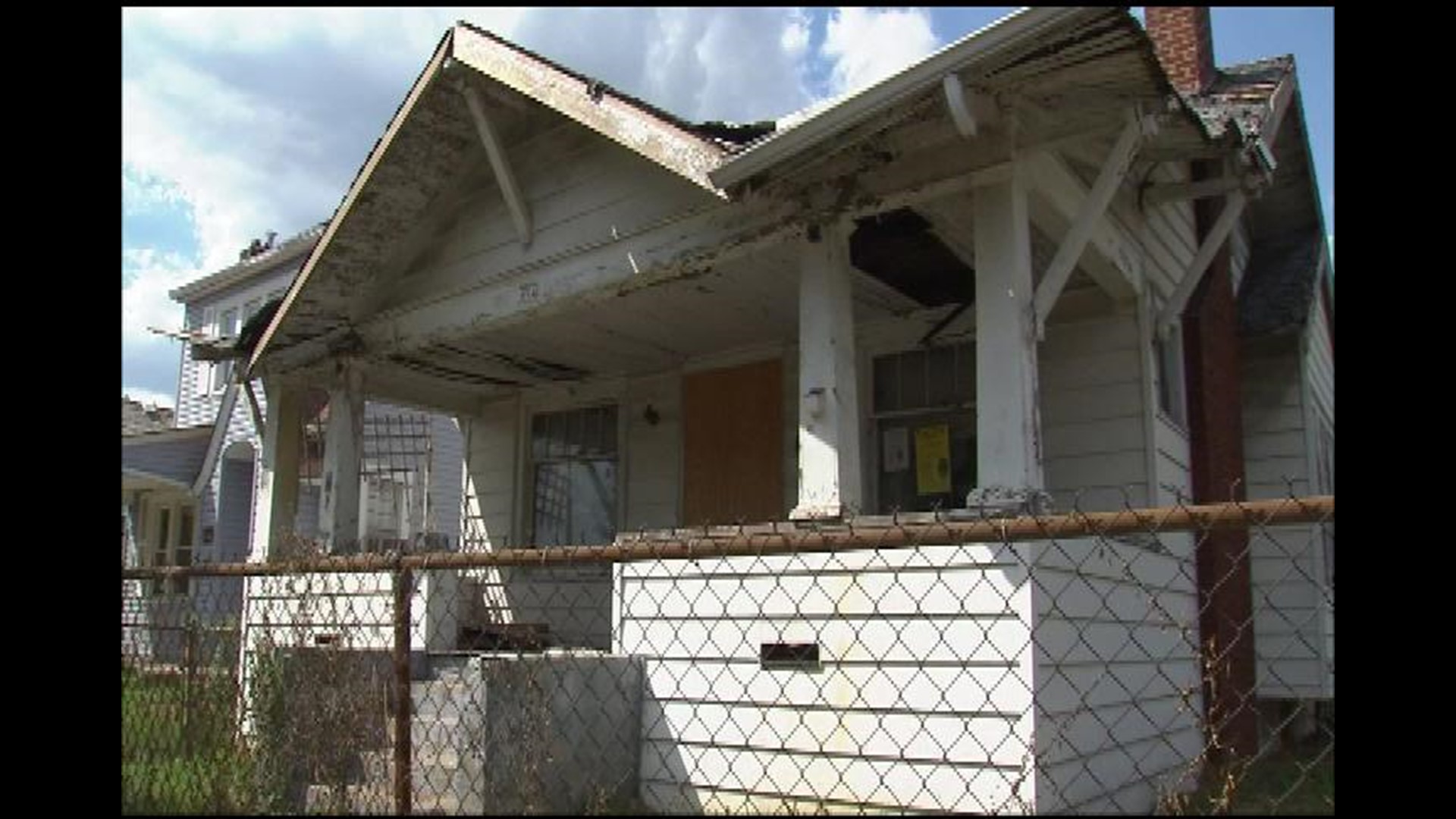 The city of Columbus is on a mission to fight the blight, and east side residents are eager for the process to start near them.

The city of Columbus plans to spend more than $11 million over the next four years to demolish the worst of the worst homes around the city.

Some neighbors surveyed the dilapidated east side homes around them in east Columbus and wonder why they have not yet been torn down.

“Oh they're horrible condition,” neighbor Barbara Woodall said. “The roof is caving in, the front portion, the ceiling part is falling. It's all boarded up, the windows are broke, people are getting into it and we're scared to death, eventually there's going to be a fire.”

Woodall has been living in this east side neighborhood for nearly a half-century. She said that she is worried about the number of blighted homes around her, not only because of her fear of fire, but also because of the crime the homes can attract.

“We have one over here in particular we'd like torn down,” Woodall said.

The home in question sits along East Mithoff, just across the street from Jim Schumm’s home.

“I’ve been trying to sell the house for five years now,” Schumm said. “Everybody who comes to look at it, they look at the house next door.”

Schumm said that one glance at the boarded up home is enough to kill the sale.

City officials said that they have already demolished about 50 homes and are in the process of tearing down 40 other homes. According to officials, another 100 homes are awaiting contracts for demolition.

In all, the city plans to take down 900 vacant homes.