The Aug. 7 to 16 event, which could be the biggest anywhere so far during the pandemic, will offer businesses that depend on the rally a chance to make up for losses 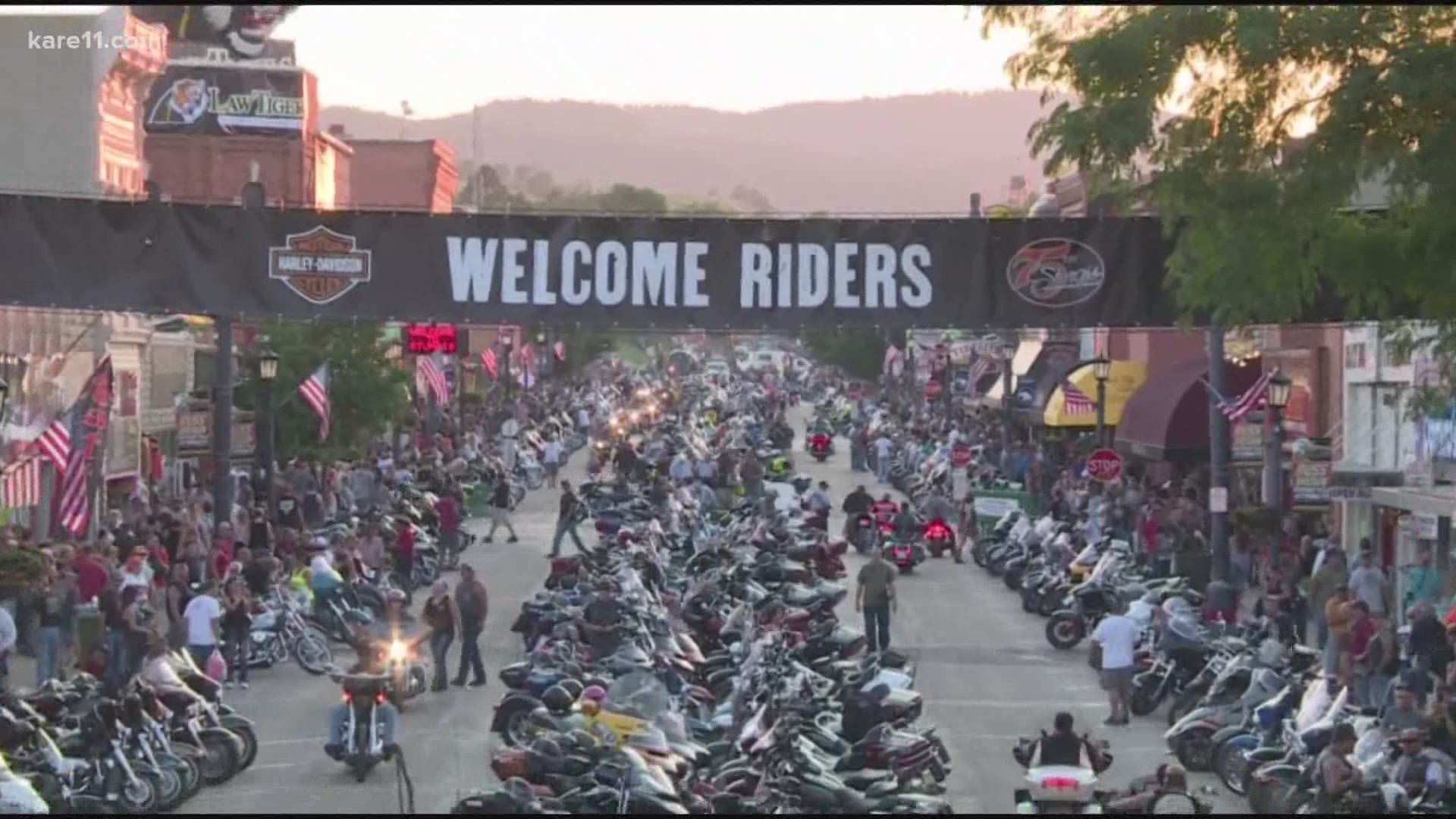 SIOUX FALLS, S.D. — Sturgis is on. The message has been broadcast across social media as South Dakota, which has seen an uptick in coronavirus infections in recent weeks, braces to host hundreds of thousands of bikers for the 80th edition of the Sturgis Motorcycle Rally.

More than 250,000 people are expected to rumble through western South Dakota, seeking the freedom of cruising the boundless landscapes in a state that has skipped lockdowns. The Aug. 7 to 16 event, which could be the biggest anywhere so far during the pandemic, will offer businesses that depend on the rally a chance to make up for losses caused by the coronavirus. But for many in Sturgis, a city of about 7,000, the brimming bars and bacchanalia will not be welcome during a pandemic.

Though only about half the usual number of people are expected at this year's event, residents were split as the city weighed its options. Many worried that the rally would cause an unmanageable outbreak of COVID-19.

“This is a huge, foolish mistake to make to host the rally this year," Sturgis resident Lynelle Chapman told city counselors at a June meeting. “The government of Sturgis needs to care most for its citizens.”

In a survey of residents conducted by the city, more than 60% said the rally should be postponed. But businesses pressured the City Council to proceed.

Rallygoers have spent about $800 million in past years, according to the state Department of Tourism. Though the rally has an ignominious history of biker gangs and lawlessness, bikers of a different sort have shown up in recent years — affluent professionals who ride for recreation and come flush with cash. Though the rally still features libertine displays, it also offers charity events and tributes to the military and veterans.

The attorney for a tourism souvenir wholesaler in Rapid City wrote to the City Council reminding that a judge found the city does not solely own rights to the rally and threatening to sue if the city tried to postpone it. Meanwhile, the Buffalo Chip, which is the largest campground and concert venue that lies outside the bounds of the city, made clear that it would hold some version of the rally.

Rod Woodruff, who operates the Buffalo Chip, said he felt he had little choice but to proceed with the rally. He employs hundreds of people in August and a smaller full-time staff.

“We spend money for 355 days of the year without any return on it, hoping people show up for nine days," he said. “We're a nine-day business.”

Woodruff felt he could pull off a safe event, allowing people to keep their distance from one another at the outdoor concerts at his campground. He said he was emboldened by the July 3 fireworks celebration at Mount Rushmore, where 7,500 people gathered without any reported outbreaks after the event, according to health officials.

In the end, Sturgis officials realized the rally would happen whether they wanted it or not. They decided to try to scale it back, canceling city-hosted events and slashing advertising for the rally.

Jerry Cole, who directs the rally for the city, said organizers are not sure how many people will show up, but that they're expecting at least 250,000. Travel restrictions from Canada and other countries have cut out a sizeable portion of potential visitors, he said.

Others think the rally could be the biggest yet.

“It's the biggest single event that's going on in the United States that didn't get canceled,” Woodruff said. “A lot of people think it's going to be bigger than ever.”

When the rally is over, every year the city weighs all the trash generated to estimate how many people showed up. This year, they will also conduct mass coronavirus testing to see if all those people brought the pandemic to Sturgis.

RELATED: MLB commissioner confident season can get through playoffs despite coronavirus