Protesters took over a community discussion about racism and homophobia and demanded Stonewall Columbus leaders resign from their positions. 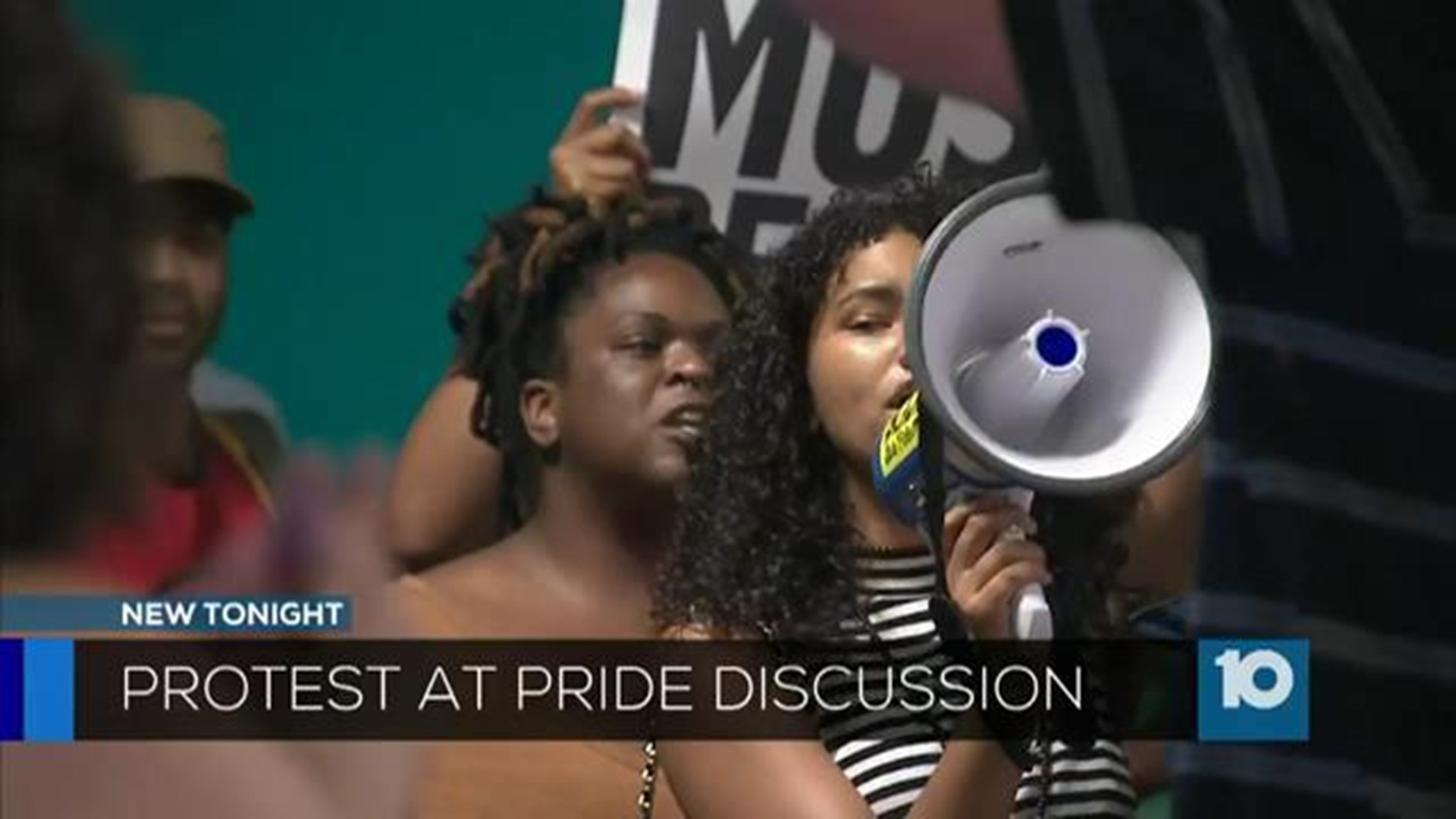 Protesters took over a community discussion about racism and homophobia and demanded Stonewall Columbus leaders resign from their positions.

The group Black Queer and Intersectional Columbus said they won't give up until Stonewall Columbus meets their demands. Protest organizers estimate about 75 demonstrators participated Monday night.

The protest stems from an incident at the Columbus Pride Parade last month where four people were arrested.

"Stonewall should have done more, drop the charges on the Black Pride 4," protesters chanted.

Chanting their demands, protesters stormed a planned community discussion at the Northland Performing Arts Center with an agenda of their own.

"All I want is for our demands and our grievances to be heard. They need to hold themselves accountable for their actions over the past month or so" Dkeama Alexis said.

Alexis co-founded Black Queer and Intersectional Columbus, the group that held Monday's protest. They say they want the community to listen to them, but much of their conversation focused on Stonewall Columbus.

"It's really infuriating and disheartening that this organization that claims to represent the LGBTQ community can just like maintain silence over the past couple of weeks after police violence occurred at their event," Alexis said.

Columbus police arrested 4 people after an altercation with protesters who tried to block the parade with seven minutes of silence.

"I didn't realize how deep the sadness is for so many in our community do not feel included and do not feel part of the conversation," Executive Director Karla Rothan said.

Stonewall Columbus board members say the protesters were invited to be a part of the conversation.

"I'm not going to resign. I got into this whole field and non-profit work because I wanted to make a difference. I still do and I want to be a part of the solution," Rothan said.

Stonewall Columbus says it's clear there are initiatives that need worked on. The group Black Pride 4 says it will hold its own community discussion next week.