Protestors showed up in force outside Huntington Arena in downtown Toledo, the site of the president's "Keep America Great" rally. 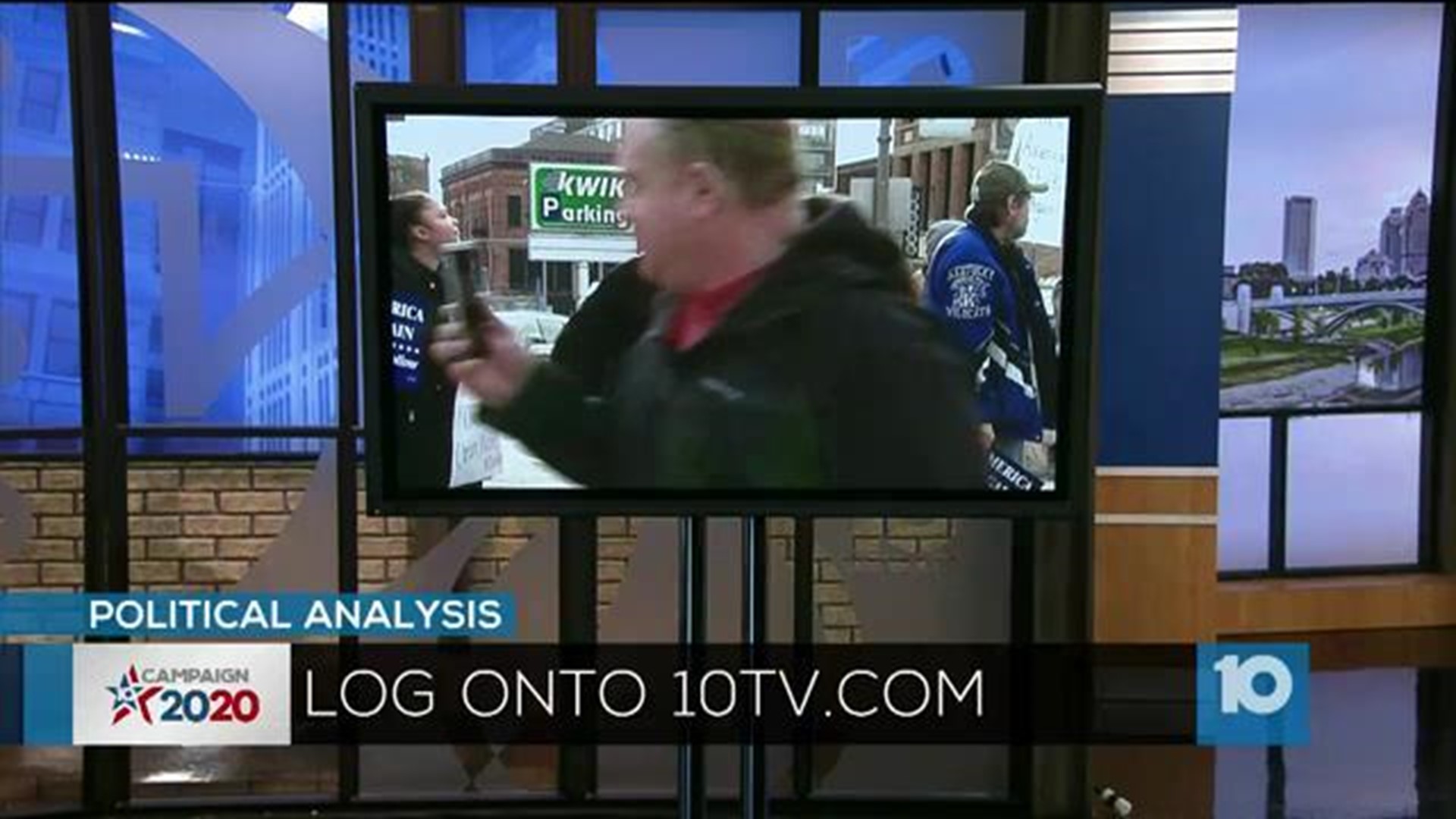 TOLEDO, Ohio — Protestors showed up in force outside Huntington Arena in downtown Toledo, the site of the president's "Keep America Great" rally.

They chanted, "This is what Democracy looks like" and "Trump/Pence Out" as Trump supporters walked by on the way to the event.

Many of the protestors, like Jane Weber of Perrysburg, said the president doesn't represent all Americans.

"He's anti-environment, he's anti-human rights, he's offensive to people with disabilities. Do not support him at all, and I want my voice to be heard," she said.

Protestors are upset with the president's agenda, which they say is anti-women's rights and denies climate change.

They are also upset with his handling of immigration issues and foreign policy.

A protester dresses up as President Trump at the Toledo rally. (WBNS)

"I'm trying to send a message to the president that it's unfair what he's doing to the immigrants. We've never had to put people in kennels or homemade dog fences. He's separating families from their children," said Ricardo Jaminez of Toledo.

"He nearly started a war yesterday and he's totally unprepared and unqualified to become president," said Bill Miller of Toledo.

Despite the protest, the Toledo police report no arrests.

This was the president's first visit to Toledo since 2016.