A man who was jailed and nearly deported says he feels he should be able to stay in this country. 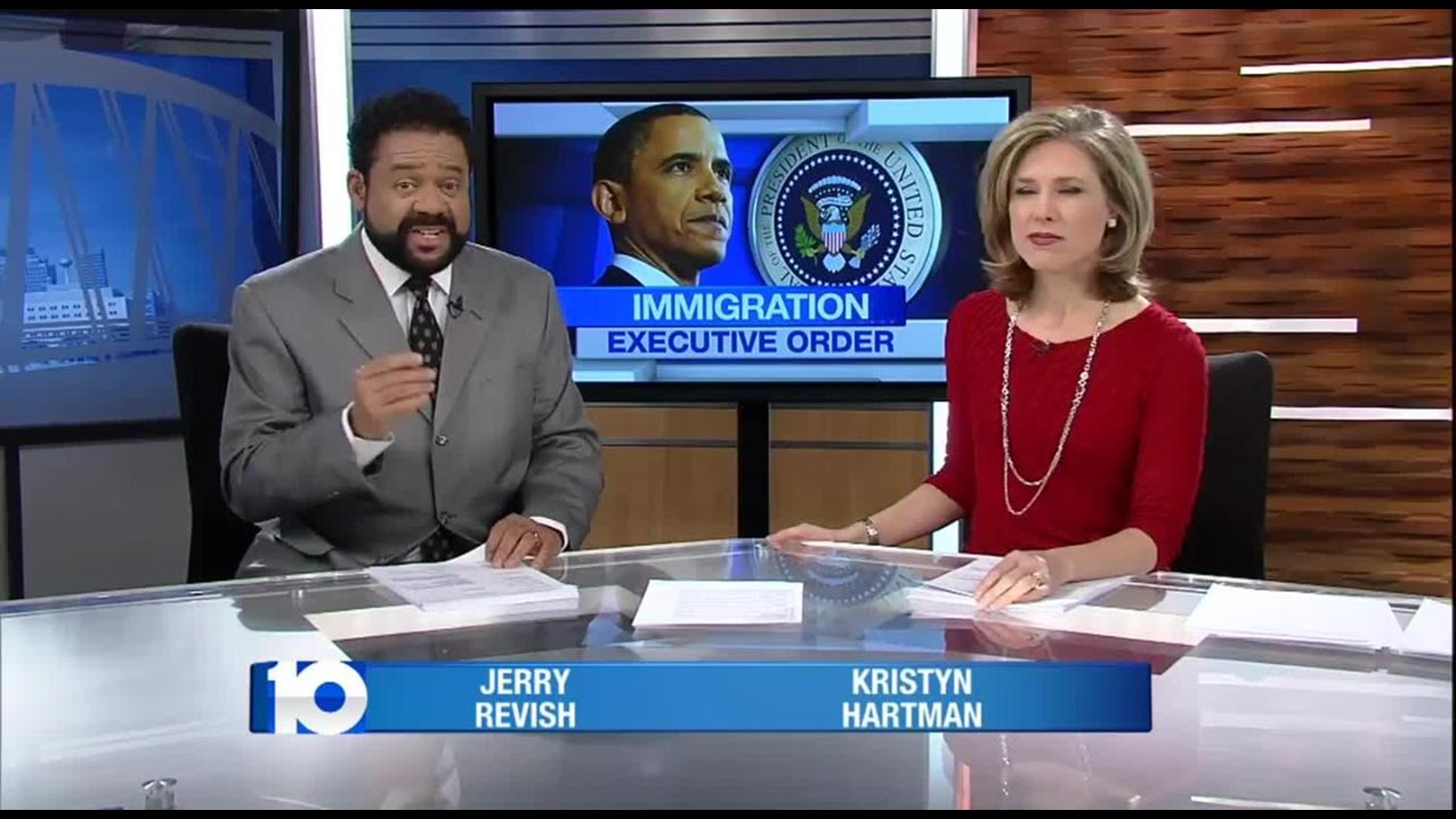 Angel Bustos-Gonzales is one of the lucky ones. He was jailed, and nearly deported, until his attorney convinced the government not to send him out of the country.

“I get to play with him every night," says his son, Christian.

The 7-year old remembers the day that his mother told him his dad wasn’t coming home after immigration officers arrested him.

“When my mommy first told me, I was crying every day and every night," adds Christian.

The 36-year-old Gonzales is an illegal immigrant who says he's lived and worked in Columbus for 10 years. But that all changed in October when immigration officials arrested him. He was released yesterday.

Through an interpreter he recalled the day he was taken from his family.

“I was quite surprised. They just took me, without me knowing. I was thinking at the moment - my family, my son - what about them? What do I do about them?” he says.

His attorney said Busto-Gonzales was detained in violation of a government policy called "prosecutorial discretion." The lawyer says it allows illegal immigrants to remain in the U.S., assuming they are not a security threat. He believes the government made a mistake arresting Bustos-Gonzales.

”I think so, and this is not an isolated incident," says Immigration attorney Julie Nemecek.

Calls by 10TV to Immigration and Customs Enforcement were not returned.

Bustos-Gonzales says he understands why some people will see him as a criminal.

“I’m  aware that many people are going to say that, but really, I came here to work and to survive and be with my family. And I'm not a criminal, I haven't done anything wrong,” he says.

Others see deportation as the only way to give legitimacy to border laws.

While the President and Congress debate on how best to deal with the immigration question, children like Christian see only that their parent is home.

Bustos-Gonzalez says he hopes one day to apply for citizenship. He says he's able to earn a living by working construction.