Trump told supporters, “I know that life in Ohio is not complete without the glory of Ohio State football." 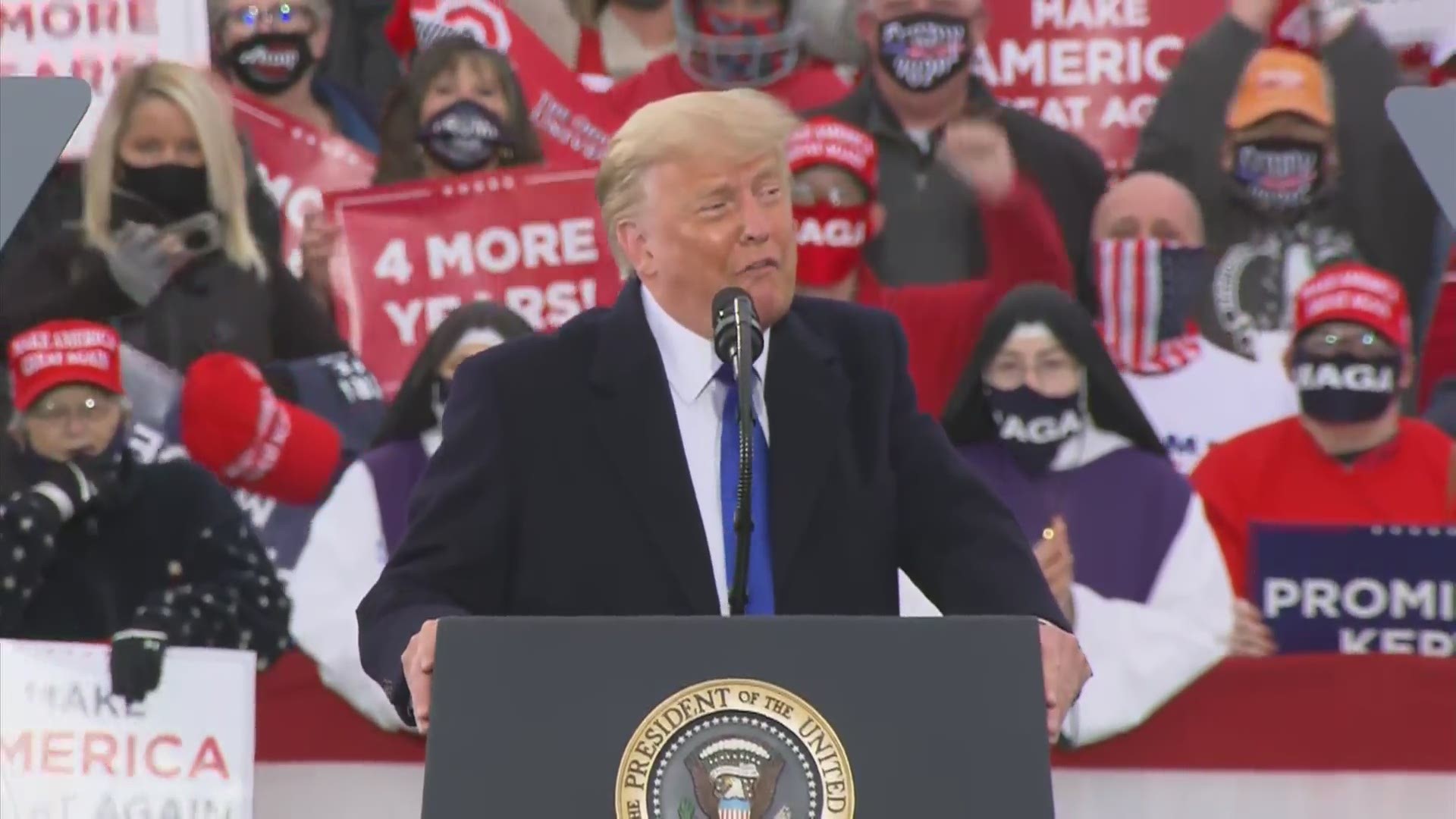 CIRCLEVILLE, Ohio — President Donald Trump is making sure Ohioans remember that he pushed the Big Ten to play football after the season had initially been canceled amid concerns about the coronavirus pandemic.

Trump held a big rally about 30 miles from the Ohio State University campus, not long after the Buckeyes won their delayed season opener over Nebraska Saturday afternoon.

The Big Ten had initially scuttled fall sports but did an about face last month on football amid pressure from Trump as well as athletes, coaches, fans and college towns that rely on football Saturdays to fill restaurants and hotels and provide much-needed tax revenue.

Trump told supporters, “I know that life in Ohio is not complete without the glory of Ohio State football."

The crowd watched the Nebraska-OSU game on large screens set up by the Trump campaign before the president’s arrival. Trump joked later that he worried they would have been in a foul mood had the Buckeyes lost.

The Big Ten includes schools clustered in some of the battleground states critical to his reelection effort, including Iowa, Minnesota, Ohio, Pennsylvania and Wisconsin.