It was a rally organized by gun-control supporters, but by the end, it looked more like an NRA rally. 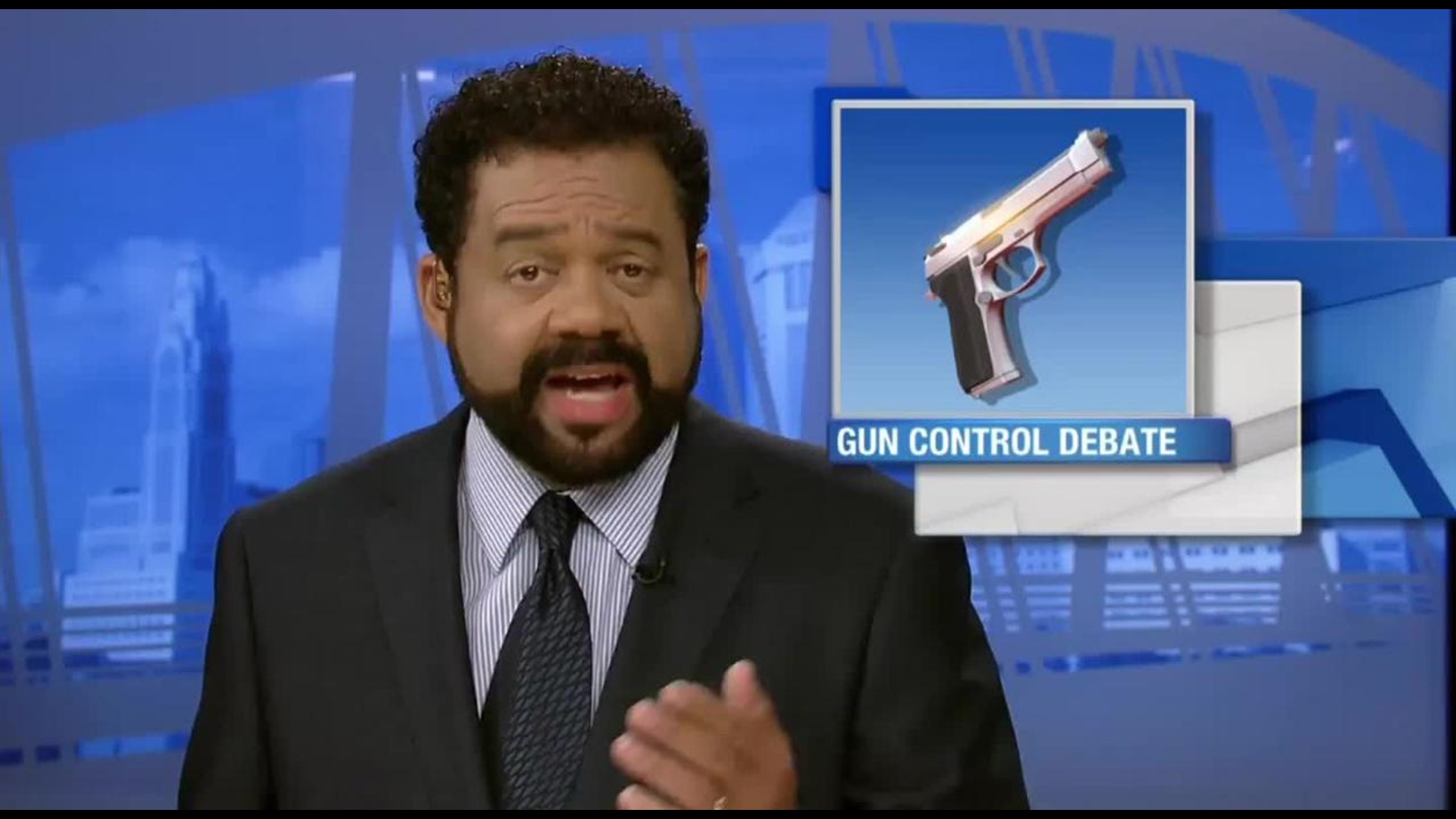 It was a rally organized by gun-control supporters, but by the end, it looked more like an NRA rally.

Luczyk was one of a half dozen members of the group Mayors Against Illegal Guns who hosted the rally in the Arena District on Friday.

But when Luczyk started her speech by telling the crowd that former President Ronald Reagan supported background checks, she was drowned out by shouts of "Germany 1933" and "Hitler."

About 50 guns-rights supporters were on hand, some with rifles over their shoulders and others with handguns in hip holsters.

Charlie Roberts said he was there to make sure that gun rights advocates had their voices heard.

"I want to show my support for the NRA, gun rights and the 2nd Amendment," said Roberts.  "We need to go after the criminals who commit crimes with guns and not the honest law abiding citizens.  We don’t need any new laws, just enforce the ones on the books."

Roberts says with today’s political divide, it’s almost impossible to have a civil discussion on the gun issue.

“Our country is so split down the middle, I think it’s tough to get a rational discussion on almost any social subject,” said Roberts.

"I'm surprised at our Congress every day that they're not doing anything," said Luczyk.

But the majority of people at the rally ended up chanting "We love Portman."

The counter-rally was another demonstration of the organizational power of the Buckeye Firearms Foundation and the NRA, which quickly took control of the rally and the message.

"There's no reason for Mayors Against Illegal Guns to be in Ohio," said Linda Walker of the Buckeye Firearms Foundation.  "Ohioans stand up for our constitutional rights and that's the way it's going to be."

After Luczyk addressed the crowd to some jeers and boos, Walker, with the crowd on her side, replaced her as a speaker.

“People are fired up, people are concerned,” said Walker.  “It’s overwhelming this many people show up on a Friday afternoon because our constitutional rights are that important.”