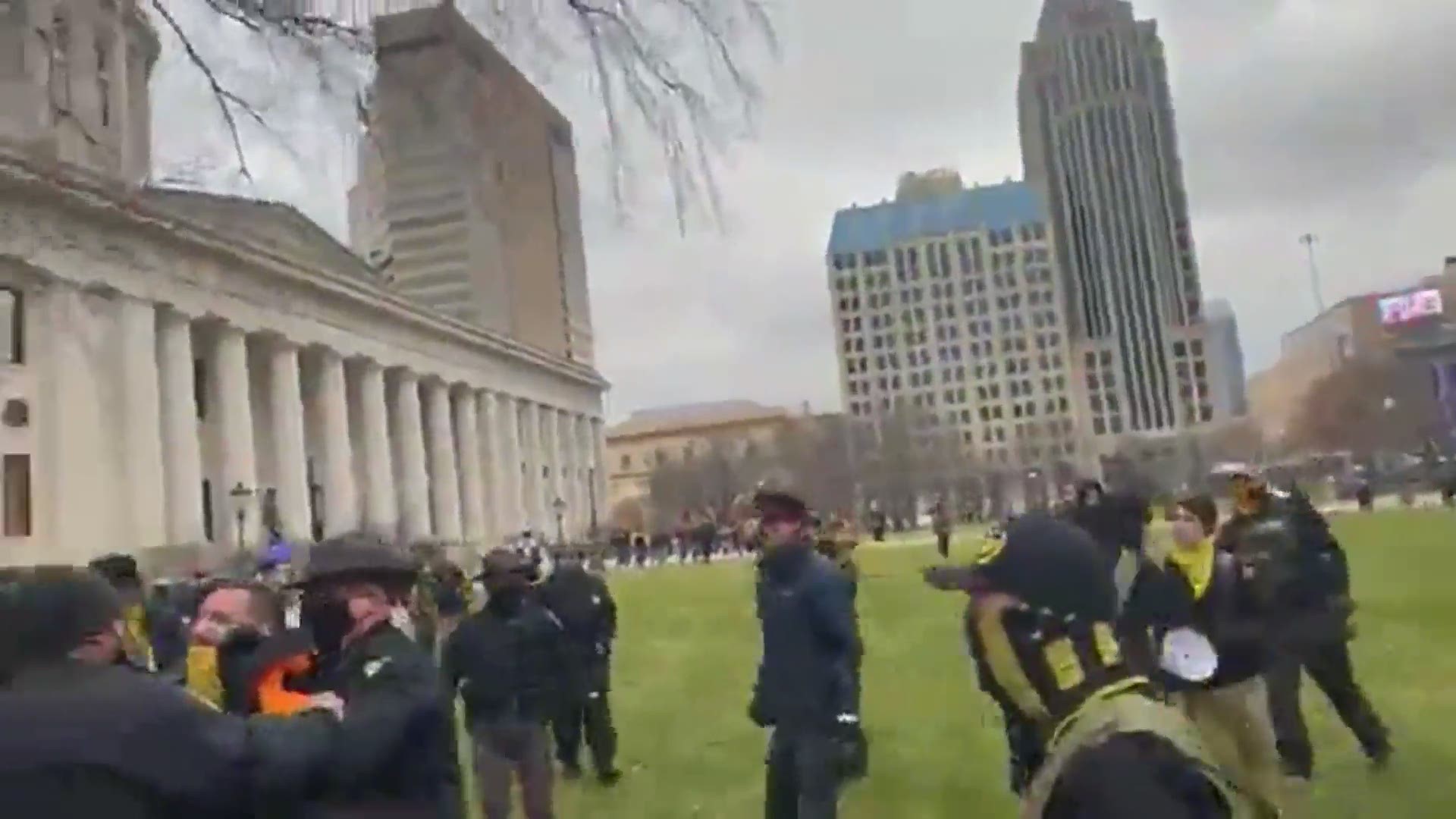 COLUMBUS, Ohio — On Wednesday afternoon, clashes broke out on the Ohio Statehouse lawn between supporters of President Trump and his opponents. Men wearing Proud Boys gear also were present.

The local protest coincided with the large protest planned in Washington, D.C.

In a 30-minute video posted on Facebook, protestors can be seen punching and shoving one another.

The Ohio Highway Patrol is charged with protecting the statehouse, and troopers could be seen breaking up the skirmishes in the crowd.

Officials say there were some tense moments, but troopers made sure everyone was okay. There were no injuries or arrests.

Officials tell 10TV officers helped to break up some fights but made no arrests.

Shortly after the clashes, officials say the President Trump supporters boarded a bus and left.