Under Ohio's plan, employees would get 12 weeks of paid leave in a 12-month period that includes parents who have a newborn, adopt and those who need to care for a family member. 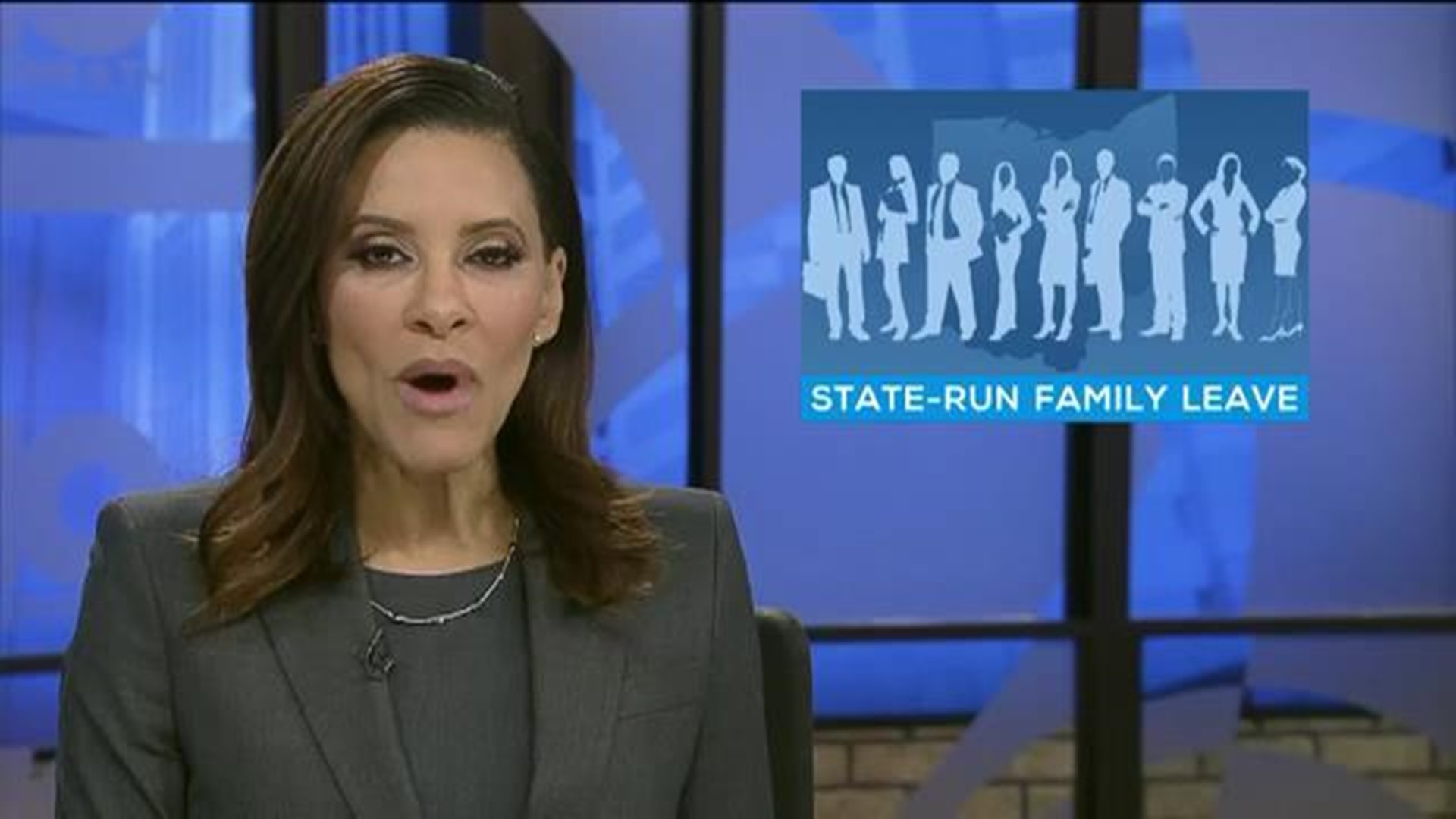 COLUMBUS, Ohio — Eight states have legislation that pays for people to take family leave for a newborn, adoption and to care for a loved one.

It would require an employer to deduct and withhold premiums from an employee's wages to prove up to 12 weeks of family and medical leave insurance benefits during a 12-month period, but an employer may opt to pay the contribution on behalf of the employee.

She says it was a way to retain and attract top talent.

"Paid leave is good for business, it's good for families. When we talk about wanting to keep women in the workforce and having them on the professional track, having access to paid leave is so important. It's also important of the health of the baby," she says.

No Republicans have supported the bill.

"The problem is this is an unaffordable government mandate on small businesses that will cause increased taxes on middle-class families, forcing wages to go down," says State Representative Niraj Antani (R-Miamisburg).

"Hopefully, you never have to use unemployment insurance but you still pay into the fund because it's better for the state as a whole," she says.

Small business owners — those with 50 or fewer employees — have balked at the idea out of concern the bill would protect the jobs of those who go on leave. They want the flexibility to decide.

Under Ohio's plan, employees would get 12 weeks of paid leave in a 12-month period that includes parents who have a newborn, who adopt and those who need to care for a family member.

The United States is the only industrialized nation without a country-wide paid leave program.

Only 17 percent of civilian workers have access to paid family leave, and among the lowest-paid workers, 92 percent don’t have access to that leave because of eligibility requirements for FMLA and other programs.