Ohio Governor John Kasich says he is preparing for his state election campaign, not running for President. 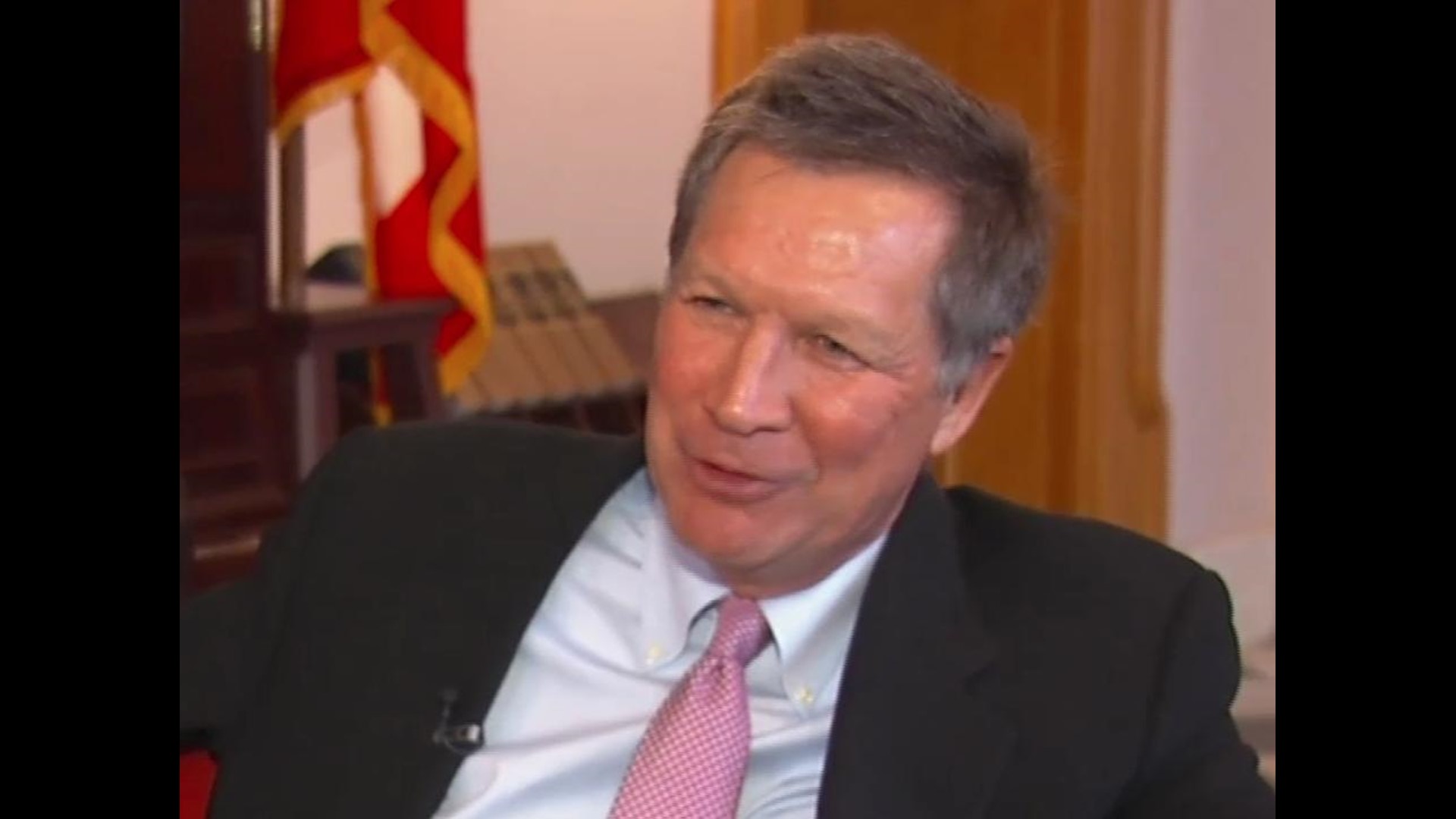 Eight months before he faces voters in his reelection bid, Ohio Gov. John Kasich on Wednesday attempted to squash rumors that he's considering a White House bid in 2016.

"I'm flattered that people are thinking that I should run for president, but I'm not interested," said Kasich.  "I'm sorry - I'm just not interested in it."

Kasich's denial comes after his Democratic opponent Ed FitzGerald last month challenged him to sign a pledge vowing to serve a full term if reelected this November.

"I tried to run for president back at the end of the '90s and 2000 and no one was interested," Kasich told 10TVs Kristyn Hartman.  "And, I really was trying.  Now, I'm not interested and everyone puts your name up.  So I don't know what that says about life."

While denying interest, Kasich laid out what could be a compelling narrative for GOP presidential primary voters.

"I really believe that by doing things here that show that people can be helped in sometimes unorthodox ways for a Republican - fiscal responsibility, cutting taxes - but great compassion for those who live in the shadows. This is a formula that can help the country," said Kasich.

"Does Kasich want to be governor or president?" asked Democratic strategist Dale Butland.  "The mystery is why on earth he thinks he deserves a promotion?”

This month he is scheduled to speak to a Republican Jewish Coalition leadership meeting in Las Vegas.  The group is led by billionaire casino owner Sheldon Adelson, who bankrolled Newt Gingrich's 2012 presidential campaign.

The Washington Post, the National Journal and Politico are three national publications that have speculated on a possible Kasich presidential candidacy in recent weeks.

Former NRCC chairman Tom Davis, a friend of Kasich’s from his congressional days, said in January that he thinks Kasich is interested in running for president.

FOX News, Kasich’s former employer, just days ago posted a story on how why George Soros should “fear” a Kasich presidential bid.

"Does Kasich want to be governor or president?" asked Democratic strategist Dale Butland.  "The mystery is why on earth he thinks he deserves a promotion?”

No Republican presidential candidate has achieved 270 electoral votes and won the White House without carrying Ohio.

Kasich did say there was at least one group who had encouraged him to run.

"Calamity days makes you extremely popular with the 8, 9 and 10 year old crowd," said Kasich.  "People who don't even know what a governor is ask if we're going to get more calamity days.  I say ‘yes’ and they say 'you ought to be president.' That's the way it works."