Sen. Portman announces he will not seek reelection

GOP Sen. Rob Portman said he is looking forward to being in Ohio full time, spending more time with family and friends, and going back to the private sector. 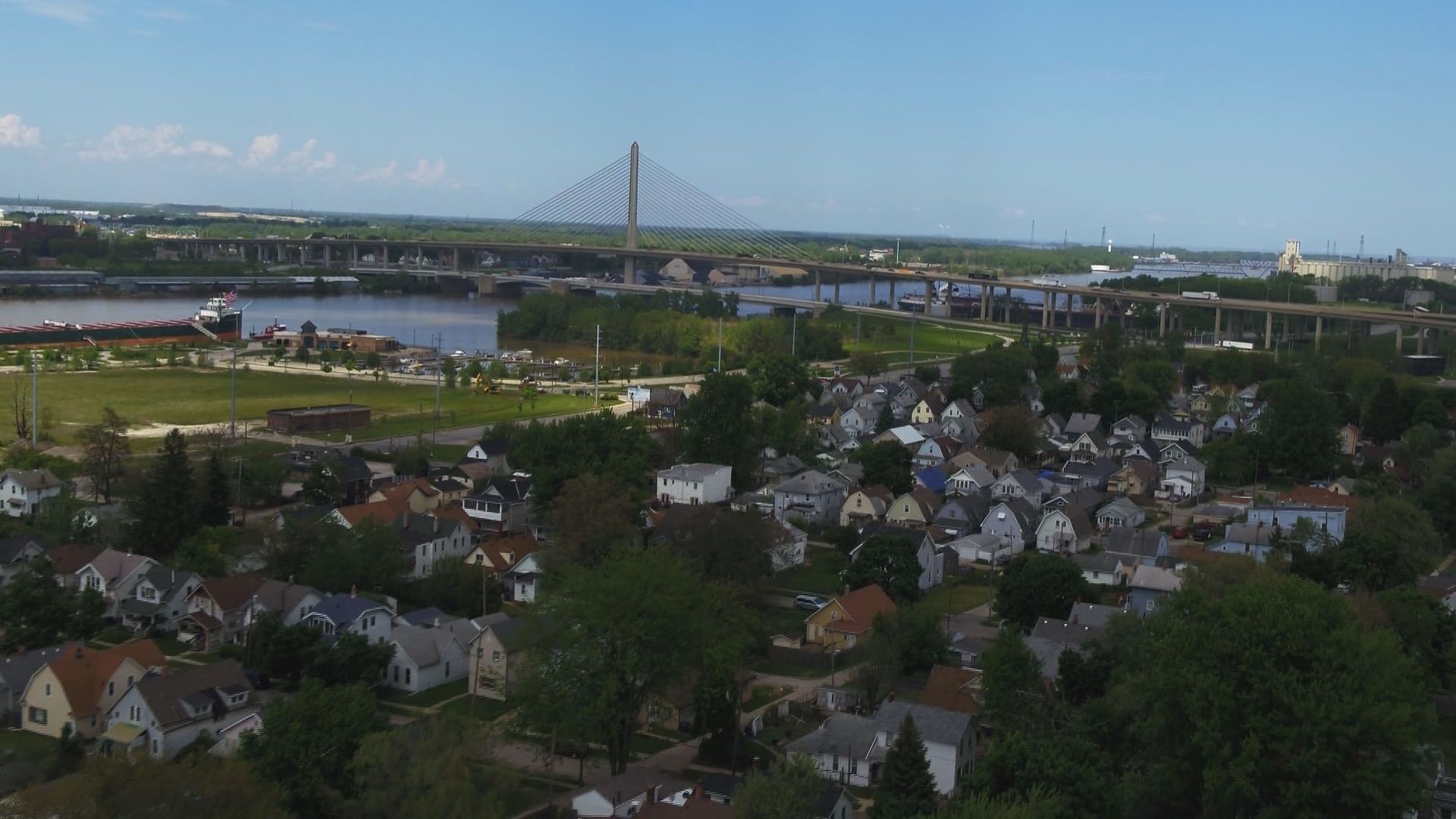 TOLEDO, Ohio — Editor's note: The above video is from August 2020

Republican Sen. Rob Portman announced Monday he will not seek reelection when his current term ends in two years.

The senator released a statement, saying he feels fortunate to have been entrusted by Ohioans to represent them in the U.S. Senate.

Portman also said he is looking forward to being in Ohio full time, spending more time with family and friends, and getting back into the private sector.

He added he intends to use the last two years left in his term to "get a lot done."

Portman also cited the initiatives he led during his time in the Congress, saying, "I'm proud of what we've been able to accomplish for Ohio and the country. I have consistently been named one of the most bipartisan senators."

The senator finally said he decided to announce he won't seek reelection now to allow "whichever Republicans who choose to run plenty of time to gear up for a statewide race."

You can read Portman's full statement below:

“I feel fortunate to have been entrusted by the people of Ohio to represent them in the US Senate. Today, I am announcing that I have made a decision not to run again in 2022.

“This doesn’t mean I’m leaving now – I still have two more years in my term and I intend to use that time to get a lot done. I will be the top Republican on the Homeland Security and Governmental Affairs Committee, and I have a number of oversight projects and legislative initiatives I’m eager to get across the finish line. Over the next two years, I look forward to being able to focus all my energy on legislation and the challenges our country faces rather than on fundraising and campaigning.

“This was not an easy decision because representing the people of Ohio has been an honor. But I’ve been doing this a long time, longer than I ever intended.

“I’ve been in public service for 30 years – in the House of Representatives for 12, in the Executive Branch for about eight years in various roles in four different administrations, and in the Senate for the past 10 years. All this time, our family has kept our home in Ohio, where we raised our kids, and I have commuted back and forth to Washington. Jane and our three children have been 100 percent supportive, but I am really looking forward to being home in Ohio full time, seeing family and friends more, and getting back to the private sector, including being able to be more involved in the community and in our family business. And I plan to stay involved in public policy issues.

“During my service in the Senate, I am proud of what we’ve been able to accomplish for Ohio and the country. I have consistently been named one of the most bipartisan Senators. I am proud of that and I will continue to reach out to my colleagues on both sides of the aisle to find common ground.

“Eighty-two of my bills were signed into law by President Trump, and 68 were signed into law by President Obama. This includes impactful laws to address the drug addiction crisis like the Comprehensive Addiction and Recovery Act that has saved lives by providing billions in new resources for evidence-based prevention, treatment, and, for the first time ever, recovery services. It includes laws to confront the horrific crime of human trafficking. Working with trafficking victims, advocates, and law enforcement, my SESTA legislation has allowed victims to seek justice and closed down websites that were trafficking girls and women online.

“It includes laws to help workers, legislation that before the pandemic helped create one of the strongest economies in a generation, with significant wage growth for working families and the lowest poverty level ever recorded. I took a leadership role on tax reform and tax cuts, workforce training, regulatory relief and permitting reform. They all played a role in creating an opportunity economy and are key to getting us back on track. I have also been a leader on retirement security, technology policy, cybersecurity, trade, energy efficiency, prisoner reentry, National Parks, stopping China from stealing our technology, and more. I have worked constructively with my colleague, Senator Sherrod Brown, on matters that help move Ohio forward.

“I don’t think any Senate office has been more successful in getting things done, but honestly, it has gotten harder and harder to break through the partisan gridlock and make progress on substantive policy, and that has contributed to my decision.

“We live in an increasingly polarized country where members of both parties are being pushed further to the right and further to the left, and that means too few people who are actively looking to find common ground. This is not a new phenomenon, of course, but a problem that has gotten worse over the past few decades.

“This is a tough time to be in public service. For many of the issues I am most passionate about, I will continue to make a difference outside of the Senate, beyond 2022. In the meantime, I am hopeful that President Biden will follow through on his inaugural pledge to reach across the aisle, and I am prepared to work with him and his administration if he does. I was on the bipartisan call yesterday on a new COVID-19 package. I hope the Administration will work with us on a more targeted approach that focuses on things like vaccine distribution, testing and getting kids back to school.

“I want to thank the great people of Ohio for giving me the incredible opportunity to serve, and I look forward to continuing to work hard for them over the next two years. I appreciate my friends in every corner of Ohio and across the political spectrum who encourage me and help me better represent our diverse state. I thank them for what they do for our communities and for the inspiration they give me.

“I want to thank my amazing staff both in Ohio and in DC. They work really hard for the people of Ohio and have enabled me to be so much more effective. I know I am biased, but I really believe they are the best team in the Senate, and others think that, too.

“Of course, I will always be grateful to the voters of Ohio who have supported me in nine elections to the House and Senate. Thanks to them, I’ve never lost an election and never won by less than 18 points. I am confident that with their support I could have won again but, for me, the question was whether I wanted to serve an additional six years in the Senate.

“I decided to make my announcement now because I have made up my mind, but also because it will allow whichever Republicans who choose to run plenty of time to gear up for a statewide race.

“Finally, and most importantly, a special thanks to Jane and our family for the unconditional support and for the sacrifices they have made -- and will continue to make for the next two years. I appreciate Jane, Jed, Sara and Sally for being here today and for the well wishes from Will and Tyler who weren’t able to travel to Cincinnati this morning. We are a team.

“In these next two years, I will continue to be actively engaged, doing my best to provide hope as we try to get through the devastating coronavirus pandemic and doing my best to help bring our great country together, to help us heal, so we address the many challenges we face together.”

I want to thank my amazing staff in #Ohio and in DC. We have the best team in the Senate and I’m proud of what we have achieved together on opioids, the economy, trafficking & much more. Looking forward to the next two years.

Following Portman's announcement, several Ohio politicians, and larger entities, have released their own statements, commenting on the legislator's statements.

"Senator Portman has served our state and nation honorably in the Senate since 2011,” said Rep. Kaptur. “He has worked on a bicameral basis and across party lines when necessary to find solutions on behalf of our constituents. I have appreciated his deep interest in countering the real threats to liberty globally and his vigilant partnership in maintaining territorial sovereignty among the nations on the European continent. We share a deep commitment to strengthening the transatlantic alliance. Senator Portman is a partner in enhancing Ohio’s environmental beauty, including the health and vitality of our Great Lakes. In that regard alone, his departure from the Senate will be a deep loss to Ohio. I wish him and his family well in the years ahead and continued fulfillment in all their pursuits.”

“Senator Rob Portman’s announcement today that he will not run for re-election is bittersweet. Since 2011, Rob has worked diligently, efficiently, and honorably in the Senate on behalf of Ohioans and Americans everywhere. His efforts have focused on common-sense conservative ideas to help create jobs, combat the opioid epidemic, protect our Great Lakes, ensure the men and women in the Armed Forces have the resources they need to safely complete their missions, and far more. And through the many opportunities Rob and I have been able to work together, he has become more than a colleague, but a tremendous friend. Marcia and I send him and Jane our sincere congratulations as they prepare to embark upon their next journey together.”

“Rob and I have worked together on issues that matter to Ohioans, from protecting the health of Lake Erie, to better enforcing our trade laws, to helping Ohioans who are struggling with addiction. We’ve not always agreed with one another, but we’ve always been able to put our differences aside to do what’s best for our state. Connie and I thank Rob for his career of public service and wish him and Jane well.”

“Over the past four years, Rob Portman has been one of Donald Trump’s biggest defenders, so his attempt today to rewrite that history is ridiculous. This is the guy who, when asked about Trump’s decision to attack peaceful protesters with tear gas, said he was ‘late for lunch.’ This is the guy who backed Mitch McConnell’s theft of a Supreme Court seat from President Barack Obama. If Portman wants to complain about the death of civility and the triumph of partisan gridlock, he should take a long, hard look in the mirror and think about what he wants to be his legacy. “The truth is, Portman is looking at the same data we are -- the Ohio Senate seat was going to be a hard road for him, after he backed failed policies like the Trump tax scam and the Affordable Care Act repeal. In 2022 Ohioans want to send someone to the U.S. Senate who fights for them, not for special interests. This was always going to be a competitive race, and now it's even more competitive.”