President Barack Obama campaigned in Columbus on Tuesday, speaking at Capital University and making an unscheduled stop at Ohio State. Find out more. 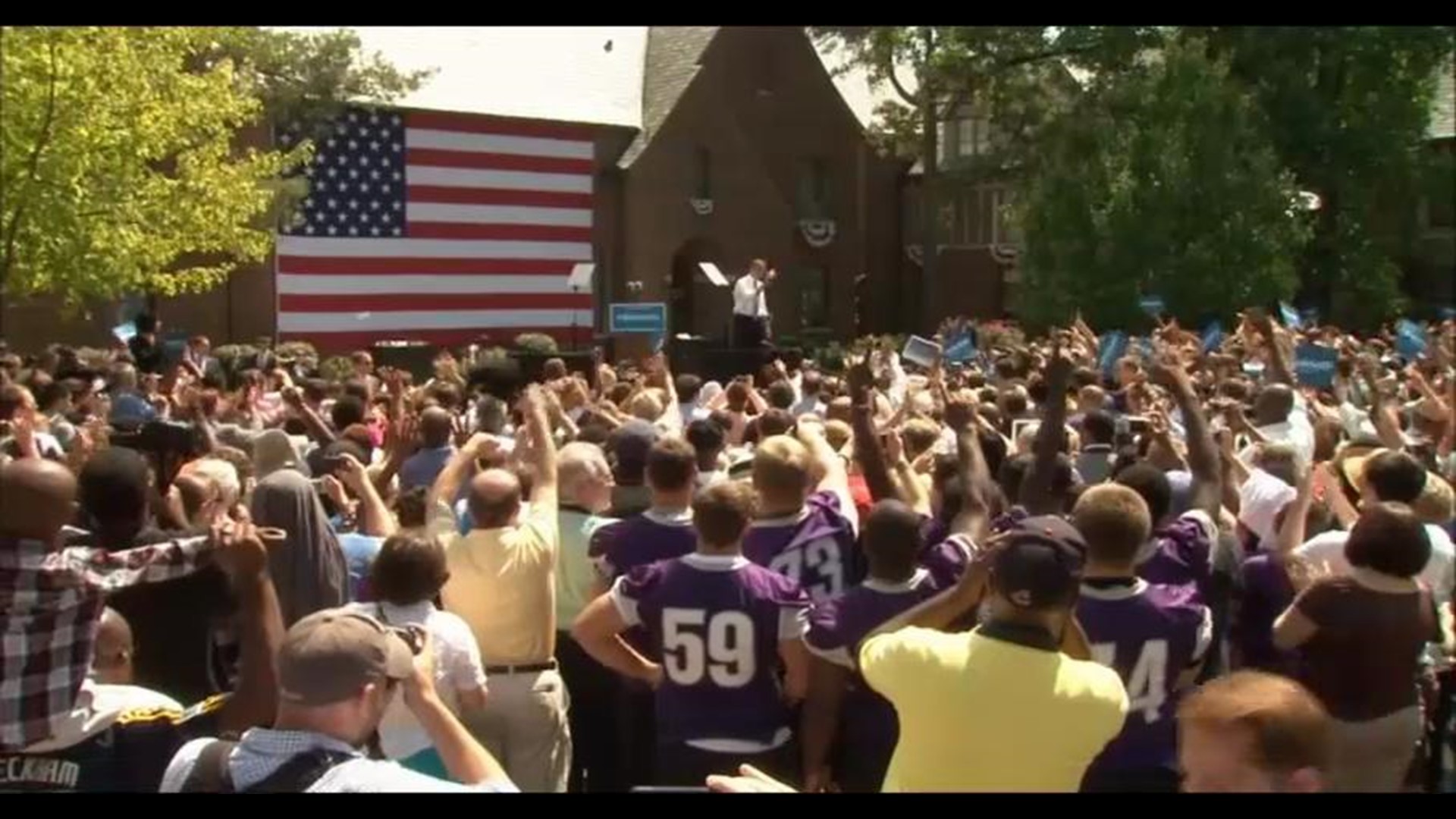 He spoke at Capital in Bexley at 1:00 p.m. which was after he made an unscheduled lunch stop at Sloopy's Diner on the OSU campus.

Obama tried to connect with college students at both visits.

At his surprise lunch, some students chanted "Yes We Can" and "Four More Years."

During his speech at Capital before approximately 3,300 people, Obama talked about how his presidency has helped thousands go to college and stay in school.

"As we're fighting back from economic crisis, parents are struggling just to make ends meet. I don't accept the notion to deny kids education. They've got a determination to get a better future, and I don't want them to be prevented because their families were hit hard by recession," said Obama.

While the president concedes the economy is still struggling on his watch, he said as president, he will continue to work to ensure people are able to get affordable higher education - regardless of the economic climate.

The Mitt Romney campaign has countered that Obama's policies have done little to stem a surge in college tuition costs, and the students who graduate face a bleak job outlook.

On Tuesday in Houston, Romney took a dig at Obama's campaign management.

Speaking at a high-dollar fundraiser, Romney told donors he plans to spend his campaign's money "to win."

Romney didn't say specifically why he thought his campaign was spending money more wisely than the president.

His remarks came a day after the Obama campaign released new finance documents showing the Democratic team spent more in July than they brought in.