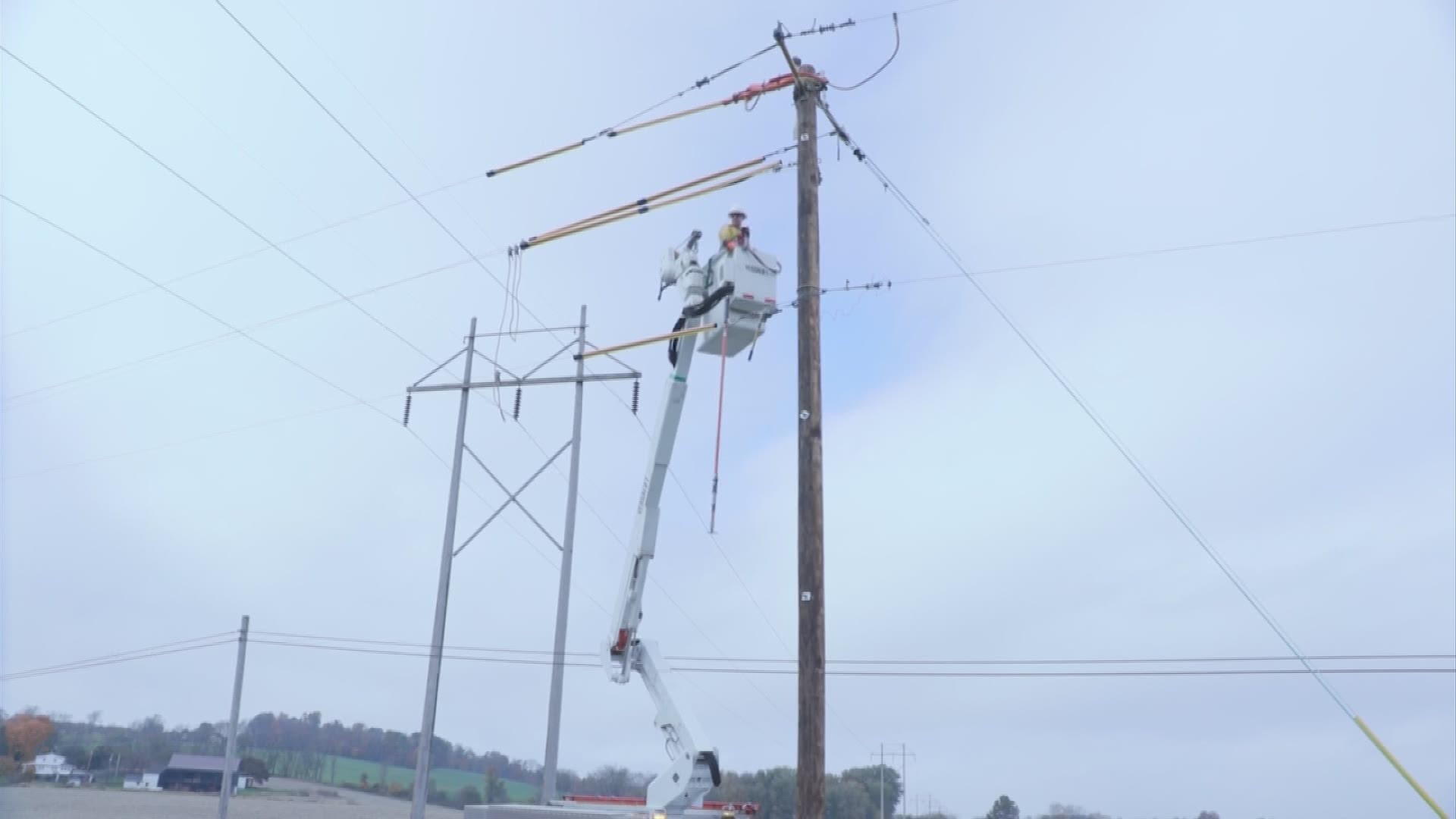 Cooper and Mason Kidwell are brothers. But they also became stay-at-home classmates this past spring.

“At the beginning, it was really awesome, and then I just got tired of it,” Cooper said.

His brother agreed, adding it was not always easy to complete the assignments from the Mt. Gilead School District at home.

“It was a little stressful,” Mason said. “You kinda got used to it as it went on, but then it would still be stressful at times.”

Add to the mix mom Missy Kidwell, who was working from home, and things only got more challenging.

“I, myself, just based on work alone, was beyond frustrated, but then add in trying to do any schooling at all was, I mean, it wasn’t in the cards, it wasn’t even an option,” she said.

The problem is that the family has a digital subscriber line, or DSL, and that is the only option for internet access in that area. Eventually the boys had to go to their father’s house just to finish their schoolwork.

That sort of connectivity challenge is familiar to many in Ohio’s rural areas, where broadband just does not reach.

“We’re not talking about internet connectivity as a luxury or the affordability of it, we’re talking about the availability of it,” said Patrick Higgins, director of communications for Ohio’s Electric Cooperatives. “Overall, as a nation and as a state, we’re lacking in rural broadband connectivity. In fact, rural populations have become the population that the internet left behind.”

OEC works on behalf of the 24 not-for-profit rural electric cooperatives throughout Ohio, serving about 1 million customers in 77 counties.

Higgins says part of the issue is topography. But finances are a big part as well. It costs roughly $60,000 per mile of broadband. That cost can mostly be offset in an urban area, where that mile would serve thousands of customers. But that same mile in a rural area may only serve dozens. So many for-profit companies don’t see the financial benefit.

And that lack of connectivity for some has only been heightened by the coronavirus pandemic, where students across the state had to work from home, where many did not have internet access.

Just last week, Sens. Sherrod Brown and Rob Portman introduced the Rural Broadband Acceleration Act. According to a statement from the senators, the legislation would bolster the efforts to expand access to rural broadband nationwide and speed up the distribution of the Federal Communication Commission’s Rural Digital Opportunity Fund. The RDOF will allocate $20.4 billion to building rural broadband in two phases, and this legislation will ensure that some of that money is distributed to communities much faster than the original deadline.

It would be welcome news for Jennifer Adams, superintendent of Pleasant Local Schools in Marion County.

“We really do need to figure a way to solve this problem,” she said. “Our internet access isn’t really a luxury in these days.”

While 90 percent of the students in her district do have some type of internet access at home, she worries about the 10 percent who don’t, along with her fellow educators and students in nearby districts.

In fact, she signed on to a May letter to State Senator Dave Burke, sent by Marion Technical College. The letter mentioned that 10 percent to 18 percent of k-12 and college students in Marion County do not have adequate internet access and asked the senator to support legislation to fix that.

“It shouldn’t be based upon where you live that you have access,” Adams said. “We’re a public education, and I tell my staff all the time, we’re in this for all students, and when we advocate, we advocate for all, not just ours because that’s why we got into this business.”

No doubt the Kidwell family would like to see broadband access expand as well, especially with the knowledge that the upcoming school year also could involve more time outside of the classroom.

“I think, if anything good comes out of this (pandemic), this is something amazing that can come out of this because it needs to happen,” Missy Kidwell said. “You can’t not have the option to have the same capabilities for ourselves but more so for our children than people that live in the city have. It needs to happen, and I think this hopefully is a push to get that done.”

According to Sen. Brown’s office, both Sens. Brown and Portman are pushing for the Rural Broadband Acceleration Act to be included in a future Senate stimulus package. The legislation also was included in the House-passed HEROES Act, which has not yet been taken to the Senate floor for a vote.