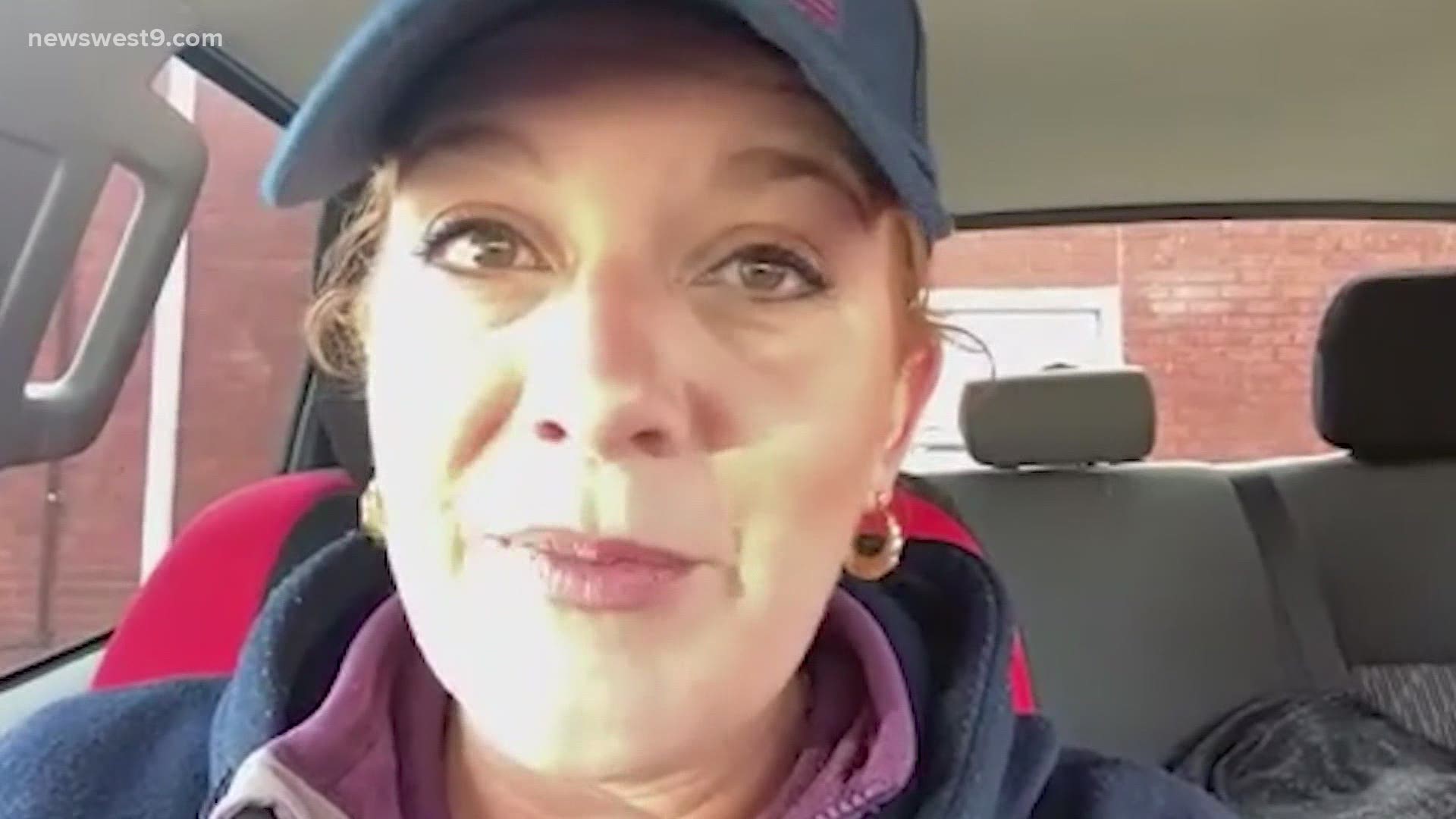 MIDLAND, Texas — A Midland business owner and former mayoral candidate is making national headlines after admitting on social media to being a part of the group that forced their way into the US capitol Wednesday.

Cudd clarified her role in the storming of the capitol in an interview on Friday.

She tells NewsWest 9 that when she used the word "we" in her now-viral Facebook live, she meant in a general term and wasn't speaking about herself personally.

The video was part of an update she made to her Facebook followers, letting them know what was happening in the capitol.

"I want to let you know what actually happened today and I'm gonna-this is all, ok this is all raw and I'm going to be swearing. I'm so *bleep* mad, I can't even see straight and my heart breaks for my country," Cudd said.

Cudd, at times emotional in the video, says she and other protestors were standing up for their country.

Now two days later Cudd says she stands by the decision to storm the capitol.

"I did not break any laws, I went inside the capitol completely legally and I did not do anything to hurt anybody or destroy any property," Cudd said.

That will be up to the FBI-they're working to identify protestors who made their way inside and what exactly those protestors did. That includes Cudd.

"The FBI El Paso and Midland offices are aware of events surrounding Ms. Cudd and other West Texas residents involved in the events that occurred at the US capitol this week," a representative from the FBI stated.

Snippets of Cudd's videos have been shared thousands of times, with her name even trending on Twitter Thursday evening.

Some people, like actor and comedian Patton Oswalt as well as Texas State Representative Jim Leach calling for her arrest on Twitter.

Others are going so far as to tag the FBI on their social media accounts.

"There's been several people that have reported me to the FBI and the local FBI agent in Midland has my cell phone number and has not contacted me, no law enforcement has," Cudd said.

She also tells NewsWest 9 a lot more people now have the public number to her local business and she is now receiving threatening calls and messages.

"So what they're trying to do is cancel me because I stood up for what I believe in and I can tell you this, it's what i would tell anybody I would do it again," Cudd said.

The Knot, an app designed to help people with wedding preparations and arrangements, stated on Twitter that they had removed Cudd's business from its platform Friday.

We do not condone the acts of violence and destruction that occurred at the Capitol and have removed the Becky’s Flowers business listing from our vendor marketplace pending further review. Jenny Cudd is not a partner nor an employee of The Knot Worldwide.

Cudd says while a lot of people are focused on the potential consequences for those that made their way inside the US capitol, there's a different question federal officers should be looking at.

"How is it possible that one of the most secure buildings in the US Capitol that had the majority in our capitol on one day was so easily breached.... how is that possible?" Cudd asked.

NewsWest 9 spoke with local police chief Seth Herman about how this could have happened. You can read that story below.

You can also visit the NewsWest 9 YouTube page to see the full raw interview with Cudd.