Supporters of same-sex marriage came together at an interfaith service in Columbus to pray ahead of Tuesday's Supreme Court hearing. Get the story. 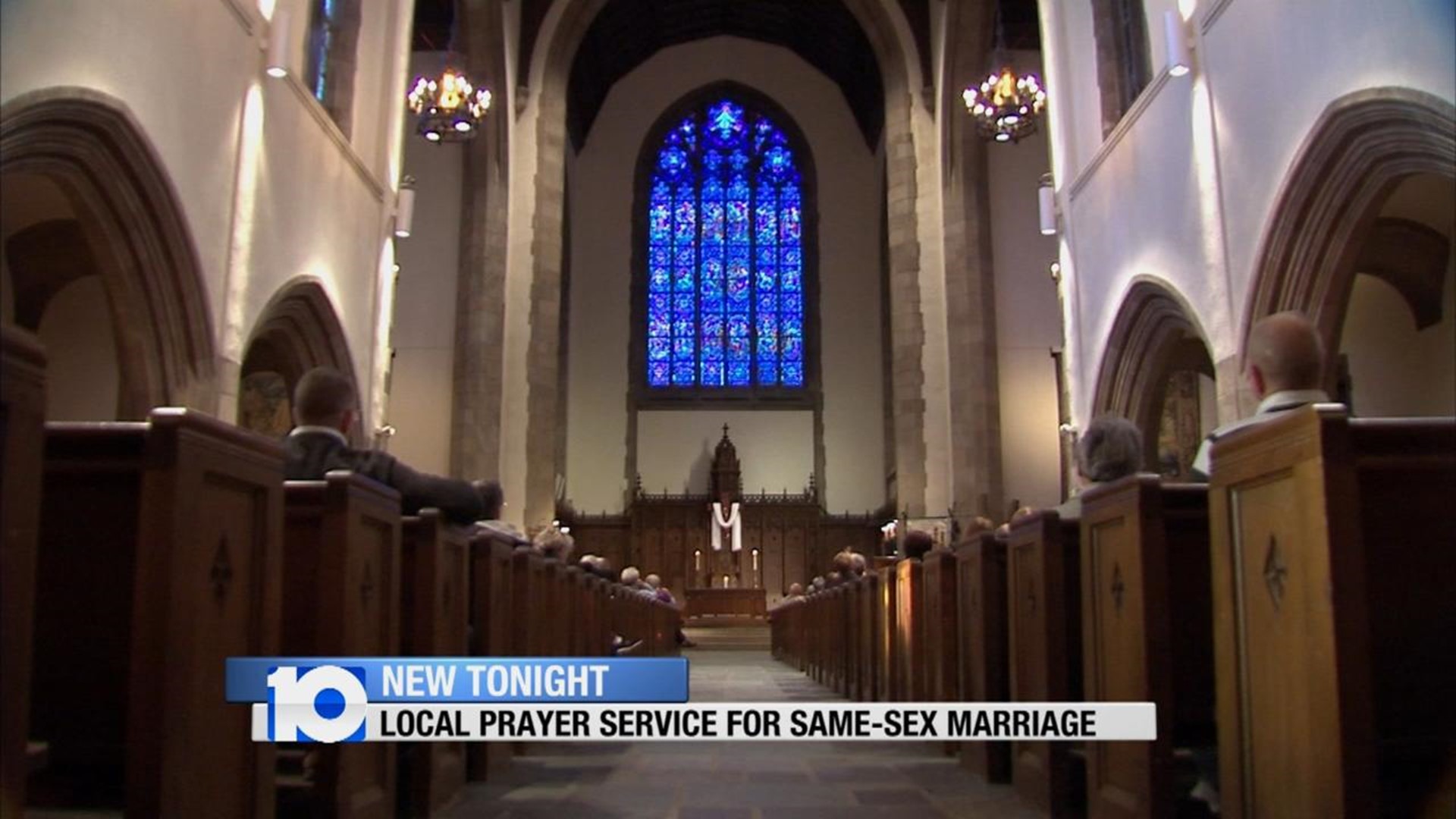 It’s not easy for Josh Culbertson. He’s a devout Christian who is openly gay.

“It’s been a struggle within myself for years,” he said.

But, maybe soon, it might be a little easier.

Tuesday, the US Supreme Court will hear testimony both for and against gay marriage.

Sunday, many faiths including Jewish, Hindu, Islamic and Unitarian Universalists came together for an interfaith service at the First Congregational Church in Columbus to pray for what they call social justice.

“Even though it hasn’t been legal, I’ve been doing it since 1979,” Mark Belletini said.

Belletini has married more than 200 same sex couples in states that recognize gay marriage. But, in Ohio, same sex marriage has been banned since 2004. Some say it should be the decision of the Ohio voters, in which case they’ve already spoken. Some say it’s not legal because of the Ohio Constitution, while others lean on their religion, saying the Bible doesn’t support it.

“The book doesn’t say anything,” Belletini said. “It’s always interpreted so when people look to a book for authority, they forget that they themselves are taking the words and making them say what they want them to say.”

And what Culbertson and the more than 100 people who attended Sunday’s service say they want to do is to bring people together in hope, love and unity while hopefully having the support of the nation’s highest court.

“It would be a tremendous turning point,” Culbertson said.

Sunday’s service consisted of guest speakers, songs and a unity walk to the Ohio Supreme Court building where a candlelight prayer service was held.

Culbertson says a decision by the US Supreme Court could come as soon as this summer.