Photos of Beatty being detained were posted to her Twitter account with the caption, "Let the people vote. Fight for justice." 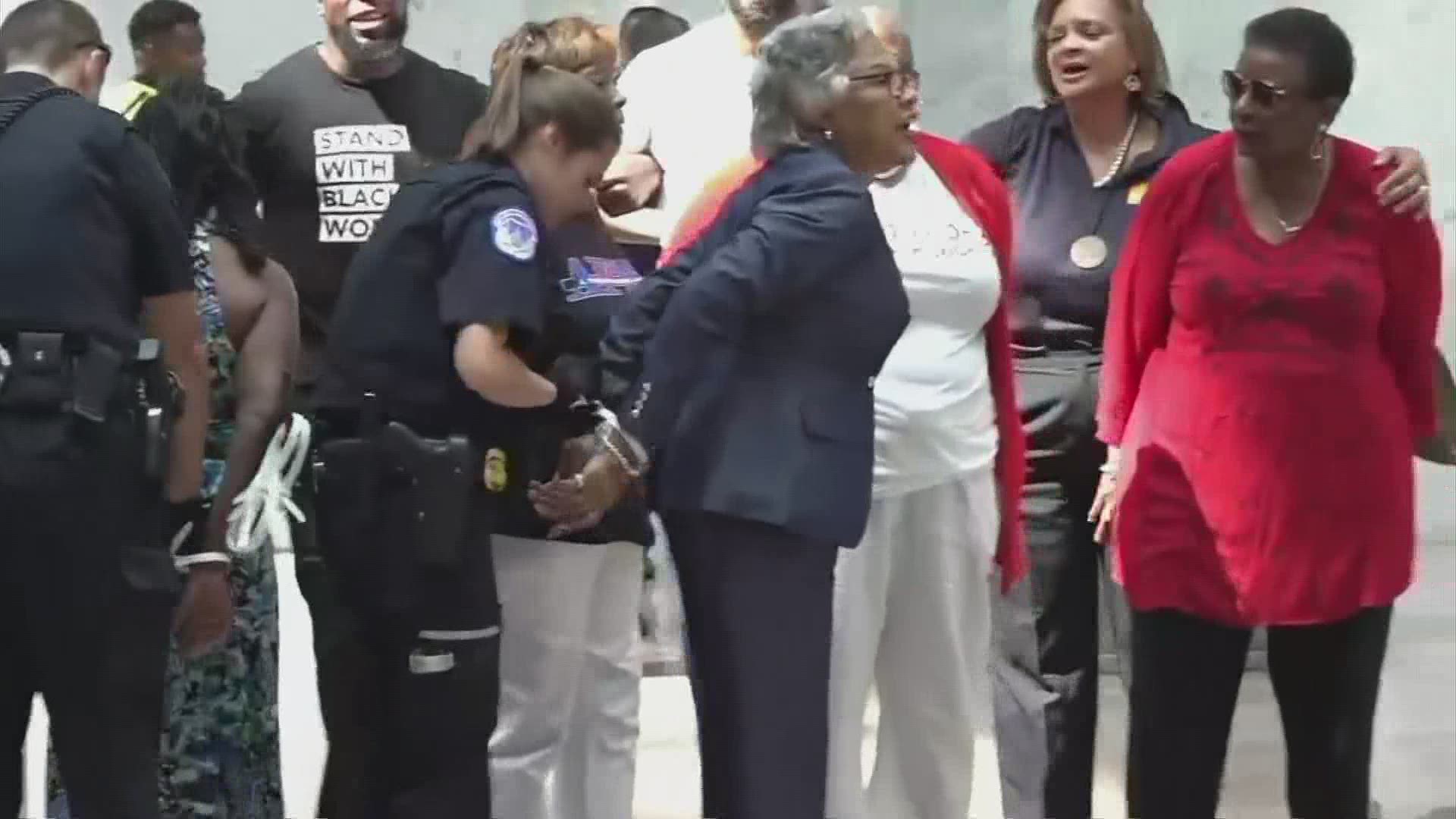 Ohio Rep. Joyce Beatty was arrested by U.S. Capitol Police on Thursday during a demonstration for voting rights in Washington D.C.

Beatty and other advocates marched to a Senate office building as part of a push for voting rights legislation.

After the group entered the building, they were met by officers who used zip-ties to take them into custody.

Photos of Beatty being detained were posted to her Twitter account with the caption, "Let the people vote. Fight for justice."

A spokesperson sent the following statement from Beatty:

“I stand in solidarity with Black women and allies across the country in defense of our constitutional right to vote. We have come too far and fought too hard to see everything systematically dismantled and restricted by those who wish to silence us. Be assured that this is just the beginning. This is Our Power, Our Message.”

In a statement to 10TV, Capitol Police said nine people were arrested for "demonstrating in a prohibited area on Capitol Grounds."

Police said officers responded to the atrium in the Hart Senate Office Building for reports of illegal demonstration activity.

"After officers arrived on the scene, they warned the demonstrators three times to stop. Those who refused were arrested for D.C. Code §22-1307. Two males and seven females were transported to USCP Headquarters for processing,” police said.