Is it time for Texas to join a larger electric grid? State Rep. Jeff Leach explains why he thinks that's a bad idea

Should people lose their jobs over the Texas power outages? “I absolutely think they should. People have gotta be held responsible,” said Plano Rep. Jeff Leach. 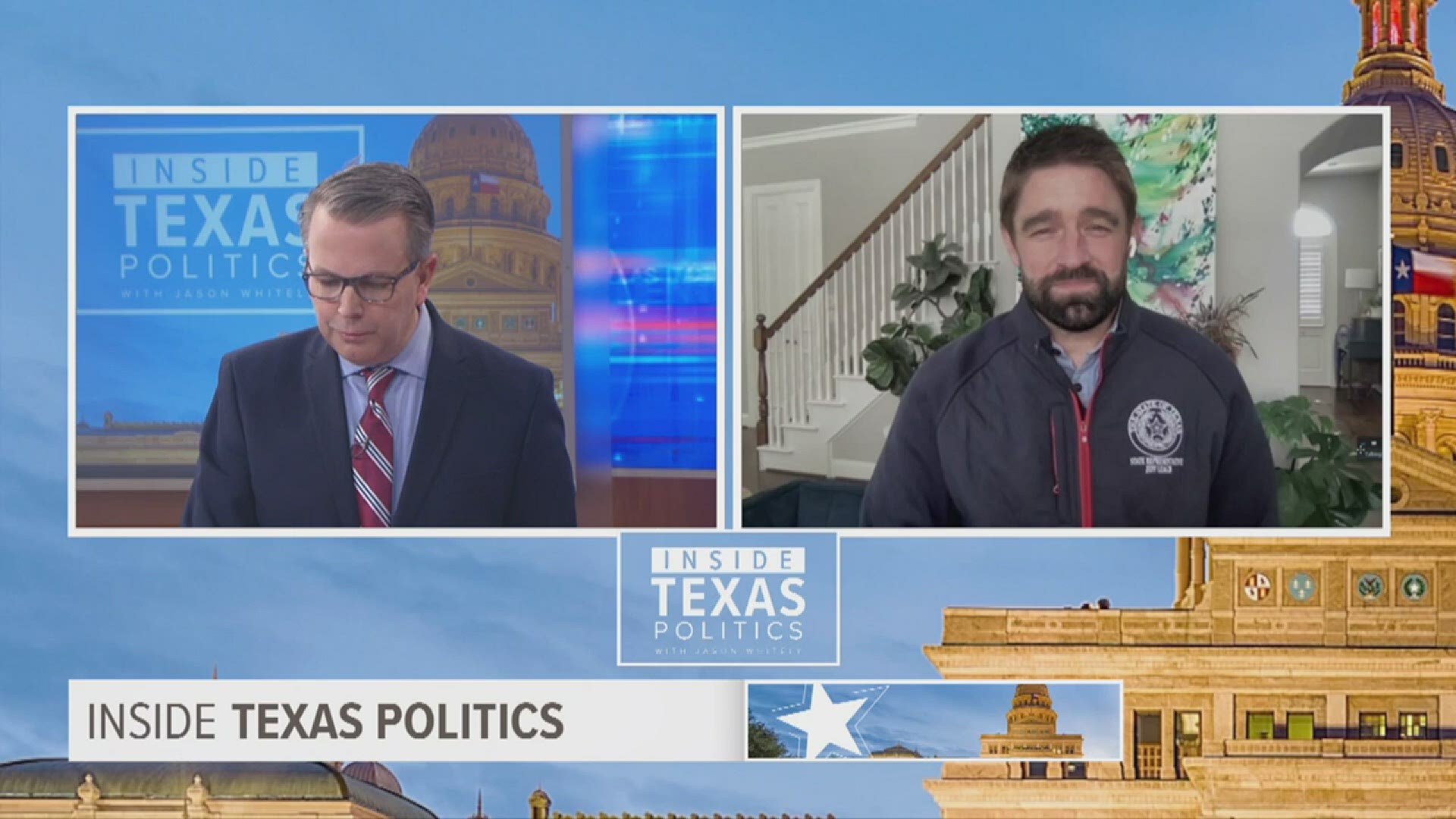 DALLAS — State Rep. Jeff Leach, R-Plano, was one of the earliest outspoken critics of the Texas electric grid failure. He believes people should lose their jobs over what happened last week.

“I absolutely think they should. People have gotta be held responsible. Over the next several days, and the coming weeks as we continue on in this legislative session, we’re going to ask the tough questions,” Leach said in an interview on Sunday’s Inside Texas Politics.

“I’m angry and frustrated,” Leach continued. “We need to be winterizing our generating equipment across the state, making sure that they don’t freeze up, so we don’t lose such substantial capacity like we did.”

Gov. Greg Abbott said he would make it a legislative priority to require an across-the-board standard of winterization for electrical generators. Abbott also said Texas should pay for it, if necessary.

But Leach said that concerns him because insurers already say this will be the costliest disaster in Texas history.

“We cannot put this on the back of taxpayers, on the backs of Texans, many of whom are already struggling because of COVID,” Rep. Leach said. "They’ve lost jobs. Their businesses have been shut. We’ve got to go fight for them.”

Credit: AP
Oncor apprentice lineman Brendan Waldon puts on a safety harness as he prepares to go up in a bucket to repair a utility pole that was damaged by the winter storm that passed through Texas Thursday, Feb. 18, 2021, in Odessa, Texas. (Eli Hartman/Odessa American via AP)

The massive power outages do not mean Texas should forgo its electrical independence and join either the eastern or western power grids in the United States, though, the Plano Republican said.

“No, I don’t think that’s the right solution. Texas has our own grid. There are certain challenges that go along with that, but also great benefits for the state of Texas, too," he explained.

"What we need to do is to secure our grid. That’s an important conversation. Clearly it was not secure this week. It failed the people. We’ve gotta make the necessary investments – and we’re going to – to make sure our grid stays our grid and that the 28 million Texans have reliable energy going forward."

Deregulation in 1999 also created a massive private energy industry: It spawned dozens if not hundreds of businesses, thousands of jobs, and Texas leads the country in the most wind turbines, among other things.

Later this week, the Texas Senate and Texas House will have committees begin to examine the factors that led to the massive power outages.