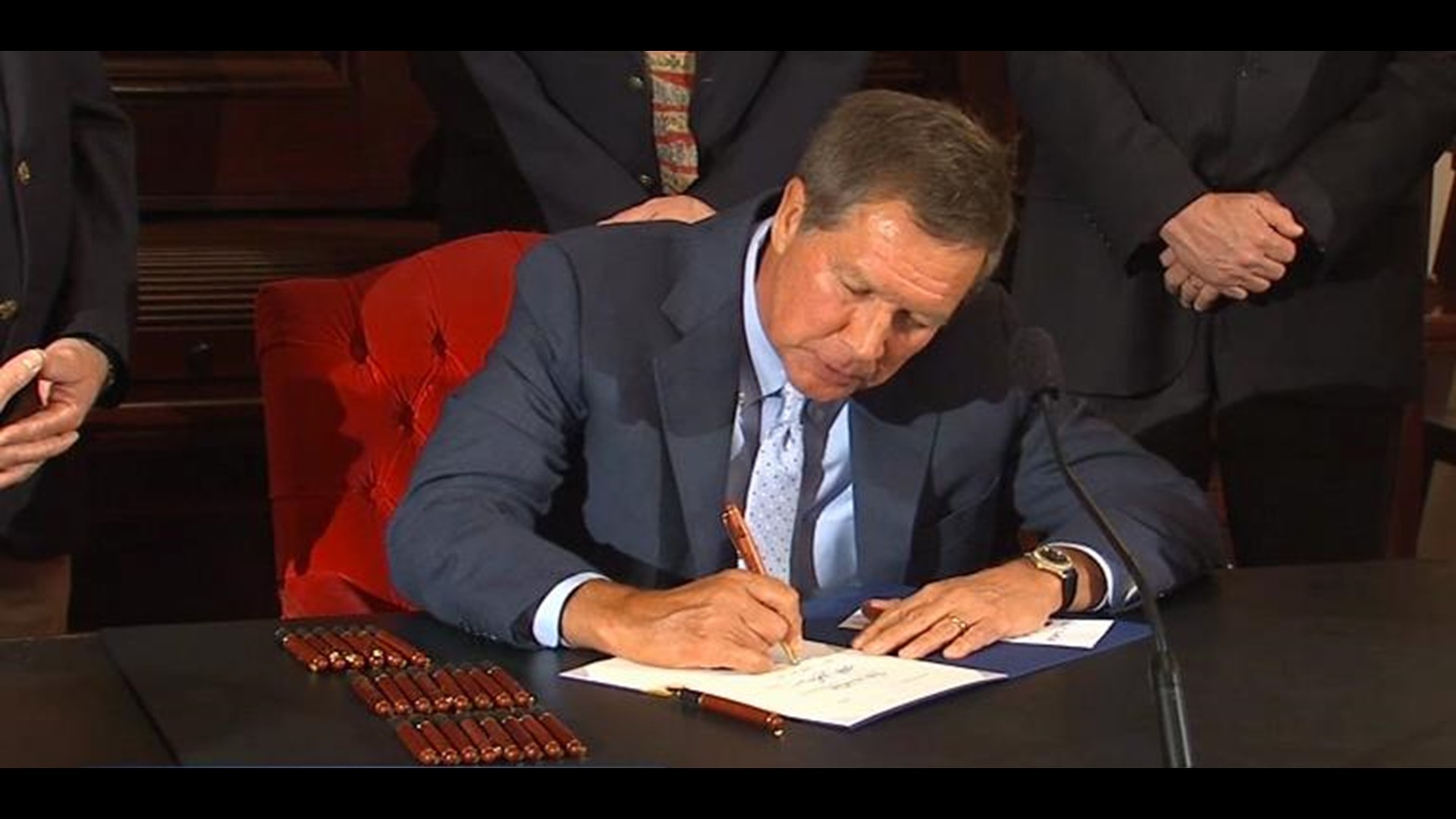 Gov. John Kasich has vetoed a piece of the two-year budget that would bar the state's Medicaid program from covering the additional low-income residents allowed under the Affordable Care Act.

The veto sets into motion further debate on whether Ohio will meet the December 31 deadline to expand Medicaid.

The Republican governor also vetoed 21 other provisions before signing off on the $62 billion spending plan Sunday night.

In an evening ceremony at the Statehouse, the Republican governor praised the two-year operating budget that kicks in Monday for continuing his efforts to improve Ohio's economy through an income-tax cut, business incentives and new ways of funding education.