Against the backdrop of COVID-19, more Americans are expected to cast their ballots through means other than visiting the polls directly on Election Day. 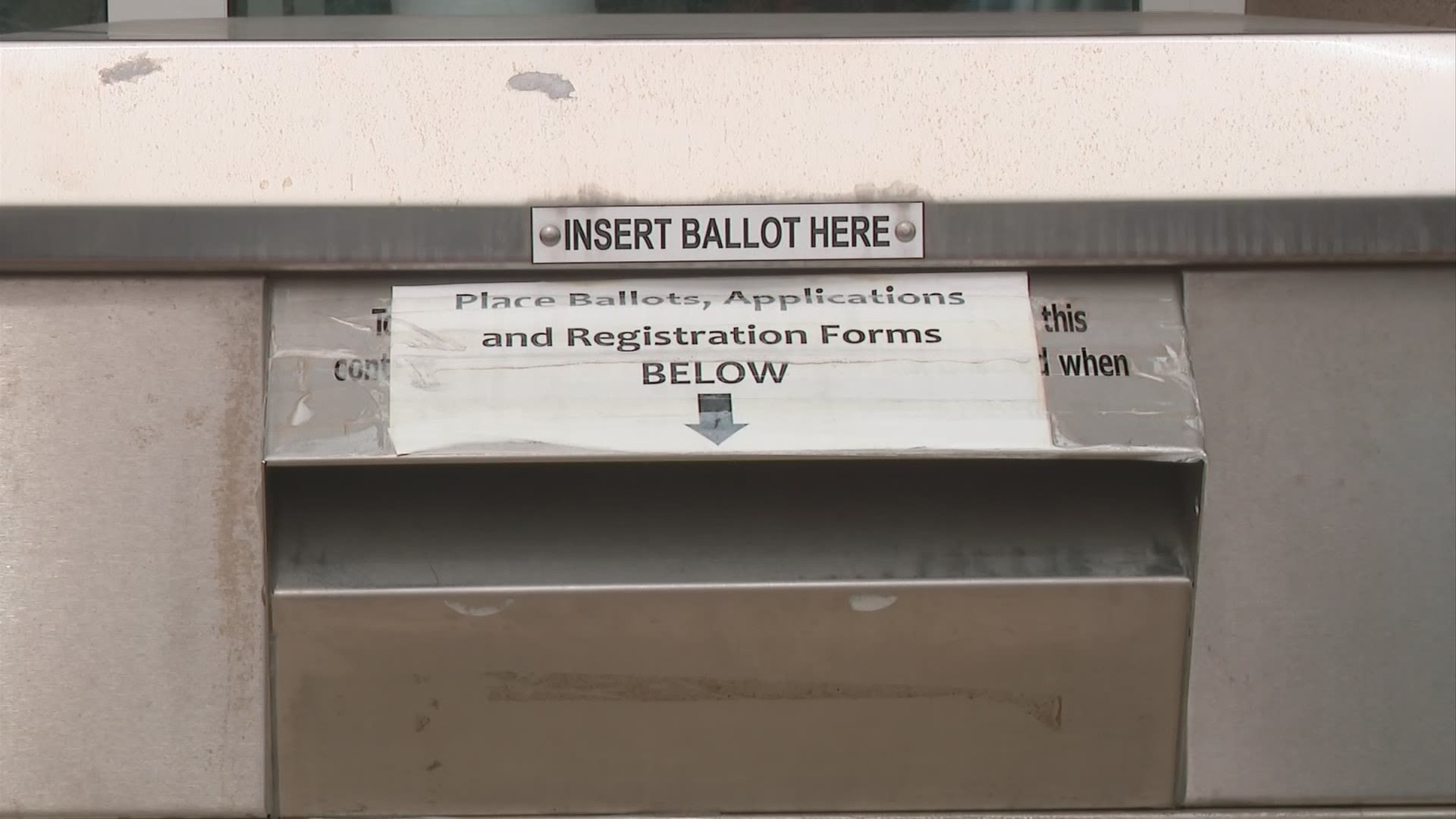 COLUMBUS, Ohio — Election officials are urging voters not to delay in mailing in their absentee ballots as Election Day looms less than three weeks away.

Against the backdrop of COVID-19, more Americans are expected to cast their ballots through means other than visiting the polls directly on Election Day.

In Ohio, more than 2 million voters have sought absentee ballots.

The coronavirus pandemic coupled with proposed changes to U.S. Postal Services operations this summer caused fear among voters and elected leaders that mail delays would – and did – occur. Elected leaders in states like Montana worried the changes might undermine the election and sued the U.S. Postal Service demanding that all services be restored.

This week, Montana settled its lawsuit with the U.S. Postal Service – with the USPS agreeing to not only restoring mailboxes, but also prioritize election mail and authorize additional transportation, pick-up, collection times and overtime to help ensure the election-related mail arrives in timely manner.

The settlement agreement affects all states.

Since the filing of the lawsuit, the Postal Service has implemented guidance documents making clear that the operational changes of concern to Governor Bullock are not an issue for the 2020 November Election.

The Postal Service was willing to resolve this matter because it has always been our goal to ensure that anyone who chooses to utilize the mail to vote can do so successfully.  This settlement underscores our unwavering commitment to that principle and to our important role in the nation’s electoral process.”

As part of an effort to better understand how well the mail system was working, 10 Investigates along with reporters at our sister TEGNA stations across the U.S. mailed letters to each other in mid-September.

As part of this unscientific endeavor, we mailed letters to reporters in 11 different cities in 8 different states.

What we found: while most of the letters arrived within 2 to 5 days of mailing them, there were some exceptions. A letter mailed to Chief Investigative Reporter Bennett Haeberle from a colleague in Washington D.C. arrived on Sept. 22 – 8 days after it was mailed. A letter that Haeberle sent to a fellow reporter in Memphis took 14 days to arrive and showed up without being postmarked.

Election officials we spoke to say it’s a good reminder to not delay when mailing in your absentee ballots.

“I think the biggest thing is to get it in early. You have to have it postmarked by the day before the elections. But why wait that long. Get that in as soon as you can,” said Ben Hovland, chairman of the U.S. Election Assistance Commission – the non-partisan, non-regulatory agency created by Congress in wake of the confusion and disputes over the 2000 presidential election of Bush v. Gore.

The responsibility of the EAC includes offering advice to states, accrediting and approving voting machines and systems, helping distribute grant money and offering feedback to Congress.

10 Investigates also spoke to Ohio Secretary of State Frank LaRose last week about the upcoming election. LaRose said that he and other secretaries of states from across the country met with U.S. Postal Service officials virtually to discuss concerns he had.

But issues like what happened last week in Franklin County may threaten to undermine voter confidence with absentee ballots or voting by mail after nearly 50,000 voters in Franklin County received the wrong absentee ballot and had to be mailed new ones. Franklin County Board of Elections officials said the problem can be attributed to a scanning machine that helps sort and match ballots and envelopes destined to voters who requested them. The error with a mechanism that was disabled has since been fixed and Franklin County BOE has said that replacement ballots will be sent out to voters.

10 Investigates spoke to two women this week who instead decided to drop off their mail-in ballots instead of using the mail service. Both said that they would rather ensure that their absentee ballot was received in time rather than place it in the mail.

In Ohio, absentee ballots have to be postmarked no later than November 2.

RELATED: Battle Over Ballot Boxes in Ohio: How the metal boxes became a lightning rod during the 2020 election

The U.S. Postal Service declined our request for an on-camera interview with our local postmaster, but did provide the following statement:

“We remind voters they are responsible for understanding their local jurisdiction's rules and requirements for participating in an election. In jurisdictions that require eligible voters to request a ballot in order to receive one through the mail, we recommend that domestic, nonmilitary voters request their ballot as early as their jurisdiction allows. For domestic, non-military voters who choose to use the mail to return their completed ballot, the Postal Service recommends that, as a common-sense measure, such voters mail their completed ballots before Election Day and at least one week prior to their state's deadline. Some states may recommend allowing even more time for mailing completed ballots. The Postal Service also recommends that voters explore the resources available from their local election officials for information about deadlines, rules, policies, and other requirements in their locality."

Beginning, Oct. 1, the Postal Service has authorized and instructed the use of additional resources, which include but are not limited to, expanded processing procedures, extra transportation, extra delivery and collection trips and overtime to ensure that Election Mail, including ballots, reaches its intended destination in a timely manner. The Postal Service has also made clear that, as it has done in previous election cycles, the Postal Service will be taking additional extraordinary measures to accelerate the delivery of ballots starting the week before Election Day.

Further information is found in this link.

Below are some key dates related to voting in Ohio posted on the website of the Ohio Secretary of State’s office: