In Columbus, the line snaked about a quarter-mile along the front and around the back of the Franklin County Board of Elections on the city's north side. 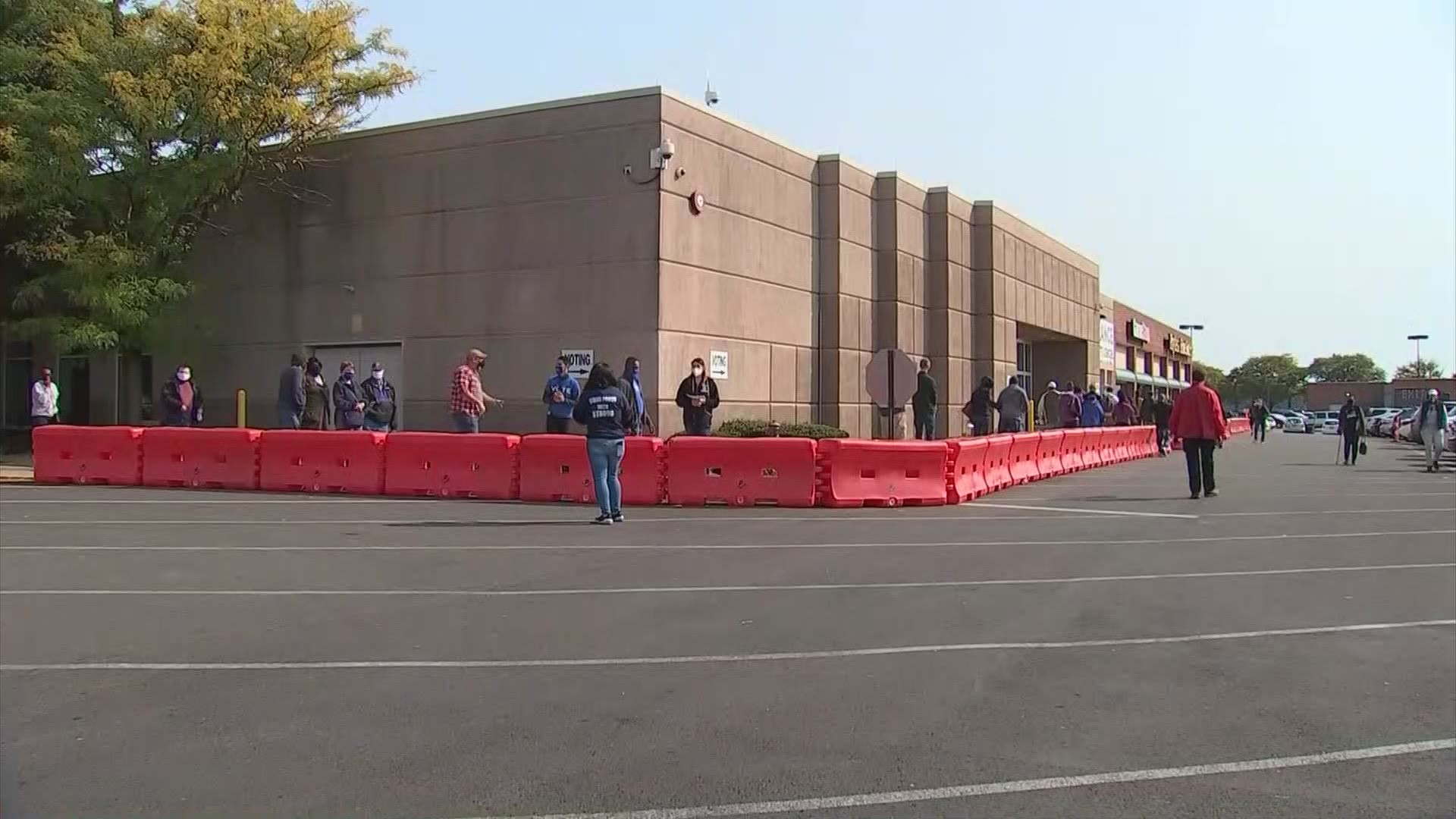 Long lines developed early and stayed that way at election boards as early voting began Tuesday in Ohio, which again was looming as a potential swing state, but this time in a pandemic-altered election.

Hundreds waited outside board offices in Hamilton, Franklin and Cuyahoga counties, which serve voters from the three biggest cities of Cincinnati, Columbus and Cleveland, respectively. Similar lines were reported across Ohio.

In Columbus, the line snaked about a quarter-mile along the front and around the back of the Franklin County Board of Elections on the city's north side.

Mike Master, 64, a Columbus pipefitter, said he planned to vote for President Donald Trump — “twice if I could.”

“He improved the economy and it’s obvious,” Master said. He added that the president can be difficult, but added: "He’s a good leader.”

Voting in Hamilton County, which includes Cincinnati, was taking place in a voting center that more than doubles the space of the usual voting center in the same complex in suburban Norwood. Disinfectants and masks will be offered to voters, and 6-feet spacing is marked for lines.

Most voters wore masks and bundled up against chilly morning temperatures.

“It is my duty as an American to vote," said Candice Matthews-Brackeen, a Biden supporter who was first in line in Hamilton County. A tech investor, the 42-year-old Matthews-Brackeen said women's issues and marriage equality were among her priorities. She criticized Republican President Donald Trump for not helping families during his time in office.

Sherry Poland, county elections director, said authorities feel “well-prepared” and expect strong turnout in a hotly contested presidential election year with Trump trying to carry Ohio again and to win a second term against Democratic former vice president Joe Biden. But they can't be certain about what to expect.

After Trump's decisive 8-point victory in Ohio in 2016, polling indicates the state will again be in play. No president has been elected without carrying Ohio since 1960.

Officials are hoping Ohioans will take advantage of early voting opportunities between now and the Nov. 3 election day. Besides weekday voting, early voting will be available the last two weekends before the election. Officials also urge those voting by mail not to wait until the final days, risking their vote arriving on time to get counted if the postal service is running slowly.

“Please don't wait until the last minute,” said Gwen McFarlin, an elections board member and chairwoman of the county's Democratic Party. “We just don't know.”

On Monday, Ohio’s secretary of state adjusted his one-box-per-county restriction to approve counties collecting absentee ballots both at their buildings and at locations outside, an update to an order that landed him in both state and federal court.

Republican Secretary of State Frank LaRose called his revised order a “clarification” in a case that has highlighted the interest in access to ballot drop boxes amid coronavirus concerns, cuts at the U.S. Postal Service and Trump’s baseless assertions that mail-in voting is rigged.

LaRose said his order always allowed Ohio’s 88 county boards to collect ballots at various locations around their own property — though that is not how Democrats and voting rights groups who sued had interpreted it. It is often the more urban, Democrat-heavy counties that lean toward drop boxes.

The new directive requires Ohio’s 88 county boards of elections to accept absentee ballots around the clock at secure receptacles at their central offices and also clears them to set up “convenient drive-through ballot drop offs” outside.