The Board of Elections has already started the process to send out new ballots. 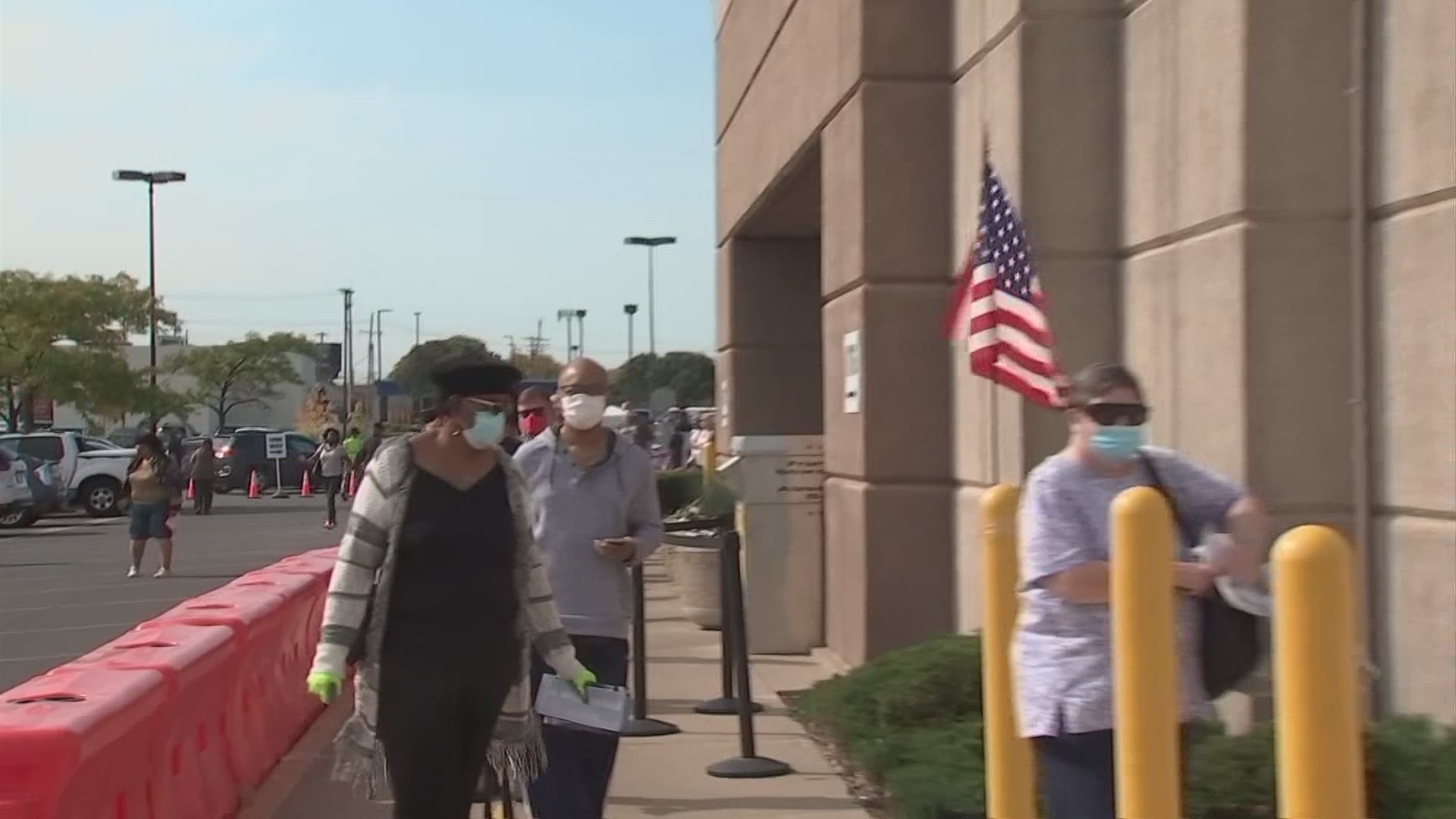 The Franklin County Board of Elections has already started the process to send new ballots to the 49,669 voters. As of Oct. 10, those ballots have begun printing and being prepared to ship.

Every voter who received a wrong ballot will get a new one. The board said on Friday the ballots will be sent out within 72 hours.

Informational postcards will be sent out to affected voters to let them know about next steps.

A spokesman for the Franklin County Board of Elections said voters’ requested absentee ballots that they received may not match up with the legislative district in which they reside.

For example, a person who lives in Westerville might have received a blank absentee ballot that was meant for someone living in the Whitehall area.

The issue has caught the attention of President Donald Trump.

The president tweeted about the error Friday and his tweet can be seen below.

Officials also said Thursday law enforcement is not involved in the investigation because it is not believed that anything "nefarious" happened and is not criminal in nature.

The board responded shortly after, saying it was a serious mistake but one they are working to correct.

Mr. President, it certainly was a serious mistake, but a serious mistake that we’re working hard to make right. Our board is bipartisan and our elections are fair. And every vote will be counted. https://t.co/RMvOPdeAbT

Ohio Secretary of State Frank LaRose said in a statement: "The Franklin County Board of Elections made a serious mistake and they’ve been working hard to correct it. At the same time, it’s so important to remember that Ohio has bipartisan boards of elections for a reason – to ensure our elections are fair and no Party has sway over the other. Protections are in place to ensure only one ballot is counted for each voter. I’m confident that the Franklin County Board will be transparent in explaining those processes. The bottom line is this: Ohioans can be assured – we will have a safe, secure, and accurate election."

10TV has reached out to Ohio Governor Mike DeWine's office about a response a well.

The board set the following steps will be taken to make sure only one ballot is cast per voter:

On October 3, the board was notified at 2:24 p.m. by a third-party vendor that a sorting machine had incorrectly sent the wrong ballots to Franklin County voters.

"Every voter who received an incorrect ballot, will receive a corrected ballot as soon as possible. The ballots will be coded for security purposes and once the voter impact list is final, we expect new ballots will be issued within 72 hours," said Ed Leonard, the Director of the Franklin County Board of Elections.

Jay Plasman was among the people who received a wrong ballot.

“It sounds like it is fairly widespread,” Plasman, a Worthington resident told 10 Investigates Wednesday afternoon.

Plasman said he heard from a friend living in the Upper Arlington area that he too had received the wrong absentee ballot.

The spokesman said the errors occurred with a scanner that helps read barcodes to help sort which ballots are matched to certain envelopes and are sent to respective areas.

In an e-mailed statement Wednesday, the board said the system that led to the wrong ballots being sent is now working correctly.

"The Board of Elections is working with our vendor Bluecrest who has representatives on site, as well as the Ohio Secretary of State’s office, as we move forward to correct this mistake," the board said in a statement.
New ballots should be mailed out in the next few days.

Bluecrest sent the following statement to 10TV on Wednesday:

Thank you for your inquiry. BlueCrest supplies the machines to the Franklin County Board of Elections (BoE) and provides training and onsite support to the County employees who operate them. We are working closely with the BoE to resolve the issue both by identifying the root cause of the problem and putting additional measures in place to mitigate a reoccurrence. The accuracy and security of the election process is of the utmost importance to both BlueCrest and the Franklin County Board of Elections.

If you received a wrong ballot, you can verify by looking up the correct sample, here.

If you do not want to wait to receive a new ballot, you can vote early in-person at 1700 Morse Road in Columbus.

More than 237,000 requested absentee ballots were sought in Franklin County out of more than 880,000 registered voters.

Maggie Sheehan, a spokesperson with the Secretary of State's office said in an e-mailed statement Tuesday, "System checks are in place to make sure mistakes like the one made by the Franklin County Board of Elections don’t happen -- but they only work if the board properly executes those checks. When we became aware of the issue, we immediately notified the Franklin County Board of Elections and they began work to mitigate the issue with impacted voters."

LaRose wrote to the Franklin County Board of Elections Wednesday directing the board to do the following to correct the issue with the wrong ballots: