Early voting totals have reached nearly 90,000 voters, which is more than the 2016 general election. 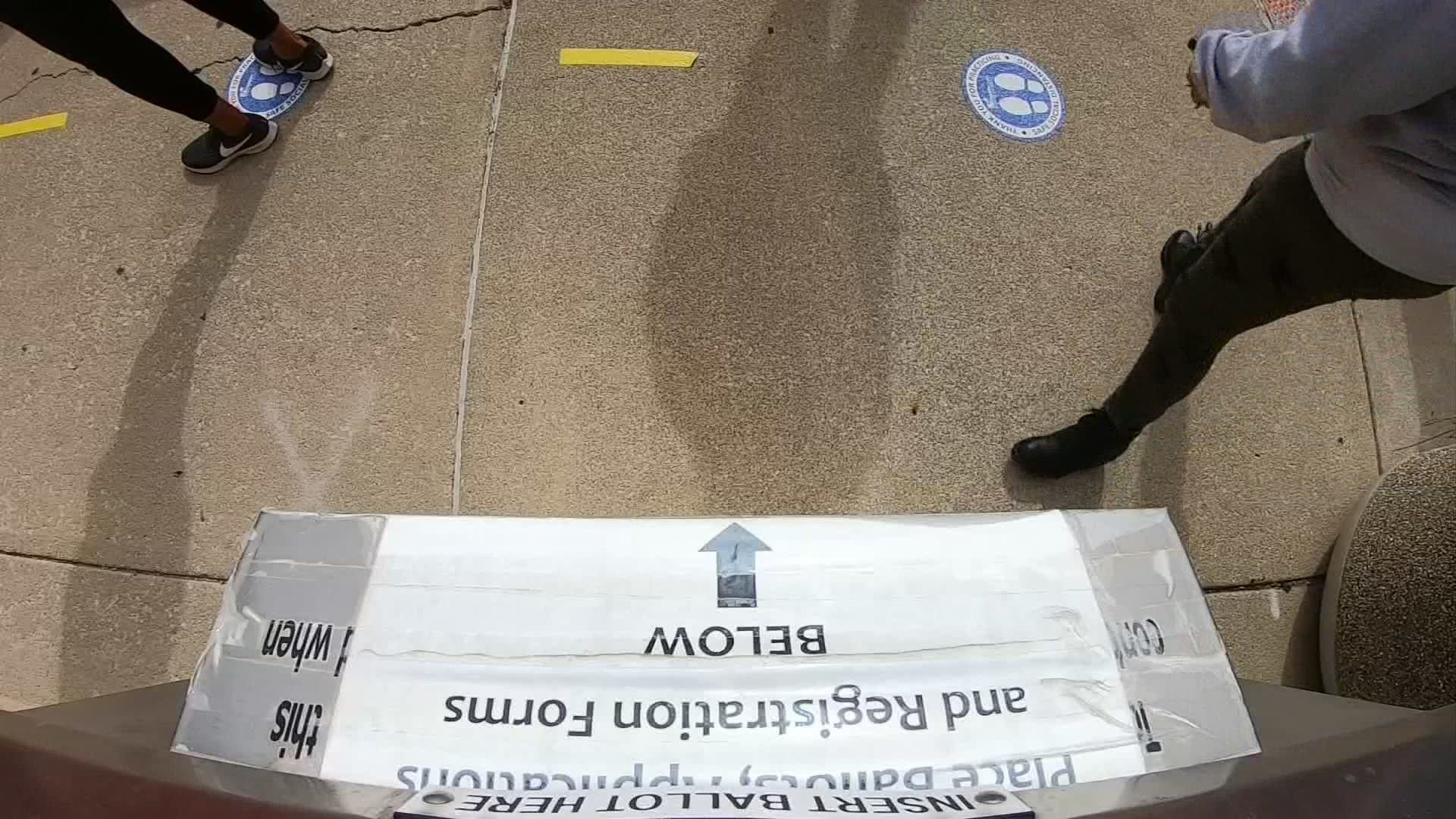 FRANKLIN COUNTY, Ohio — The line for early voting once again wrapped around the Franklin County Board of Elections Friday – with three more days to cast early votes in Ohio’s most populous county.

Early voting totals have already reached close to 90,000 voters -- surpassing that of the 2016 general election, according to Aaron Sellers, a spokesman for the Franklin County Board of Elections.

And with 297,000 absentee ballots already collected, we could know how more than 380,000 Franklin County residents voted shortly after the polls close Tuesday night – that’s close to half of all Franklin County voters. Absentee and early votes will be among the first unofficial results shared publicly.

Sellers said there have been very few complaints about the long lines with early voting. The wait time Friday was more than an hour and 30 minutes shortly after 1 p.m.

The main issue so far this election cycle, Sellers said, has been the 49,000 incorrect ballots that were sent out to voters throughout Franklin County. Those voters who were affected were issued new ballots and Franklin County Board of Elections has received about 53 percent of those back.

But the re-issuance of mail-in ballots caused other issues – including a delay in allowing voters to verify if their ballots were actually received and validated.

Normally, there is about a 24-hour delay. But Sellers says it’s been longer this year in wake of the ballot errors that had to be corrected.

“We have to segregate those as well as hand audit those (ballots that were re-issued). So that’s what is taking a little bit longer is the hand audit component. From what I am told we are very close to having everything done that we physically have our hands on,” Sellers said.

If people still haven’t received confirmation that their ballot was accepted, they can still come in and vote in-person prior to Election Day.

Against the backdrop of COVID-19 and civil unrest that has consumed many Americans this year, questions about election security is also on the mind of voters.

10TV spoke to Mayor Andrew Ginther and the Franklin County Board of Elections about how election security is being coordinated.

“We know that it is critically important, failing to plan is planning to fail. That’s not acceptable and so we put together a great plan under the direction of the chief and met with community leaders, elected leaders both at state and federal level to make sure that we have the appropriate response to protect our elections and the election process but also safety and well-being of the community,” Ginther said.

When asked about if people are going to see more police at polling locations, he said no.

“No they won’t unless there is an issue. We think we have a great election system here in the state of Ohio. Bi-partisan and it’s important for us to let them do their job.” Ginther said.

Sellers also told 10TV that officials would not discuss specifics details regarding what additional election security procedures are in place, but said there has been coordination between several agencies and it wouldn’t be atypical to see more elections officials and polling locations this year.