A long line at the Franklin County Board of Elections was seen almost all weekend. 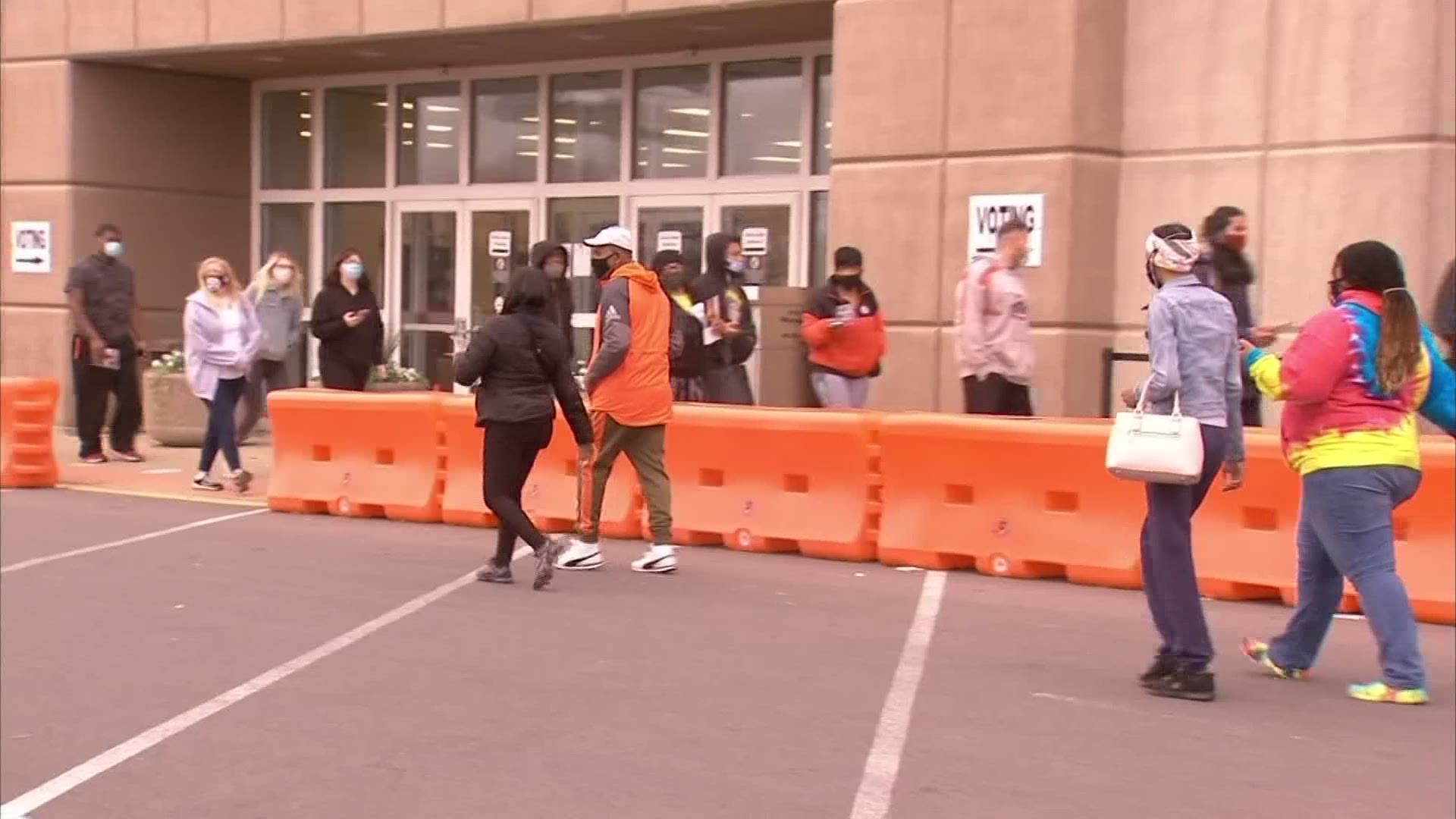 COLUMBUS, Ohio — According to the Associated Press, the number of people across the U.S. casting an early ballot in the presidential election surpasses those who voted early during all of 2016. That’s more than 58 million people voting with nine days to go.

Here in Franklin County, you could see why that was the case by looking at the line to vote in-person.

For many, the long line was the first thing they noticed pulling into the parking lot.

"A little longer than I expected, I thought maybe if I came during a game day, it wouldn’t be quite as bad,” Joseph Enriquez said.

Several voters said although it was long, it’s worth it.

Many say they were in line for an hour and a half to two hours waiting to vote.

For some, they didn’t want to wait.

“We may actually come back tomorrow, it’s just kind of one of those things, it’s not going to deter us, we’re just going to have to come back a little later,” Enriquez said.

We spoke with Ed Leonard, the director of the Franklin County Board of Elections.

He said they were prepared for a lot of voters.

“The number of people voting here at the early voting station was nearly doubled what we saw in 2016,” Leonard said.

They have many plans in place, such as having Columbus police officers controlling the traffic lights, they have people controlling traffic in the parking lot and of course, many COVID-19 safety protocols in place.

“There are shields between the voter and the check-in stations, we’re all wearing masks inside, they are given a stylus they can use on both the electronic poll pad where they sign in and on the electronic voting equipment to make it touchless as possible,” Leonard said.

Inside, they have 23 check-in stations and 150 machines.

As for the line and changes that could be made in the future, Leonard said he feels they are in good shape right now.

Leonard wants to remind people that they can come during the week, the Franklin County Board of Elections is open until 7 p.m.

As for dropping off ballots, there is a 24/7 drop off box at the Board of Elections.

The official deadline for dropping off a ballot is on Election night, Nov. 3,  at 7:30 p.m.

The Ohio Secretary of State, Frank LaRose, recommends requesting an early ballot by this Tuesday, Oct. 27.