The Georgia Republican Doug Collins sparked an outcry with his response to the Supreme Court justice's death. 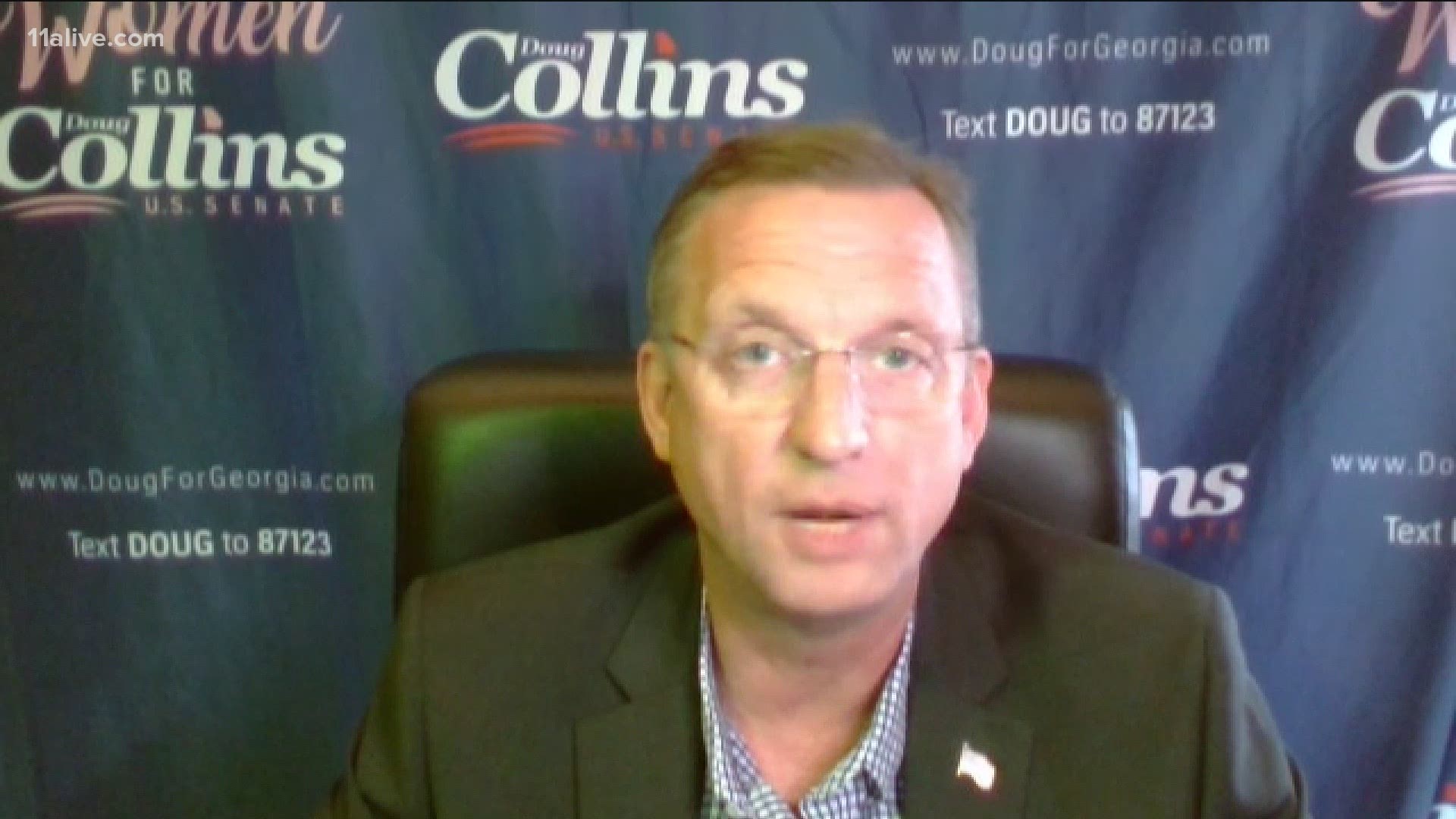 ATLANTA — Rep. Doug Collins sparked a considerable outcry with his reaction to the death of Supreme Court Justice Ruth Bader Ginsburg on Friday night, linking her abortion rulings to "30 million innocent babies that have been murdered."

The Republican Senate candidate wrote on Twitter: "RIP to the more than 30 million innocent babies that have been murdered during the decades that Ruth Bader Ginsburg defended pro-abortion laws. With @realDonaldTrump nominating a replacement that values human life, generations of unborn children have a chance to live."

Ginsburg actually joined the Supreme Court decades after the landmark Roe v. Wade decision was made. However, in an interview with 11Alive, Collins said Ginsburg was involved in the debate long before.

"Remember, Ruth Bader Ginsburg brought the case out of Connecticut - the Griswald case - she was involved in the cases leading up to Roe v. Wade," he said. "She's been actively involved in that fight, from a legal standpoint, while she was still an attorney before she was ever appointed to the court."

11Alive's Chenue Her also took the opportunity to ask more about the count of 30 million cited in the tweet. While he didn't have the data available during the interview. His office later provided to a handful of data sources.

11Alive is working to verify those sources and will provide an update when it becomes available.

The inflammatory tweet has so far drawn more than 42,000 replies and counting.

"I’m a Georgia voter and this is vile," one woman wrote.

Supporters also commented on the sentiment, liking the tweet more than 39,000 times so far.

"Plain Truth! As hard as that may be to hear. It’s the God's honest truth," a supporter said.

His principle GOP rival in the November race to fill the remainder of Sen. Johnny Isakson's seat, current Sen. Kelly Loeffler, showed more deference in her response, but also called for a new justice "who will protect the right to life."

"My prayers are with the Ginsburg family," Loeffler wrote. "Our country’s future is at stake & @realDonaldTrump has every right to pick a new justice before the election. I look forward to supporting a strict constructionist who will protect the right to life & safeguard our conservative values."

Rev. Raphael Warnock, the leading Democrat in the open race, highlighted both Collins' and Loeffler's tweets and said they showed the need for "decency, dignity and respect."

"Justice Ginsburg nobly gave her life to public service, and this is what my opponents had to say tonight," Warnock wrote. "We need to bring back decency, dignity and respect to American political speech."

He earlier wrote Ginsburg's death is "an immeasurable loss that will be felt throughout our country tonight."

"Her legacy of defending the most fundamental human rights from the Highest Court in the land will continue to inspire generations of Americans," Warnock said.