Gov. DeWine to Ohio lawmakers who seek to impeach him: 'Have at it'

The governor's approval ratings are among the highest on record, while only a handful of representatives have endorsed removing him from office. 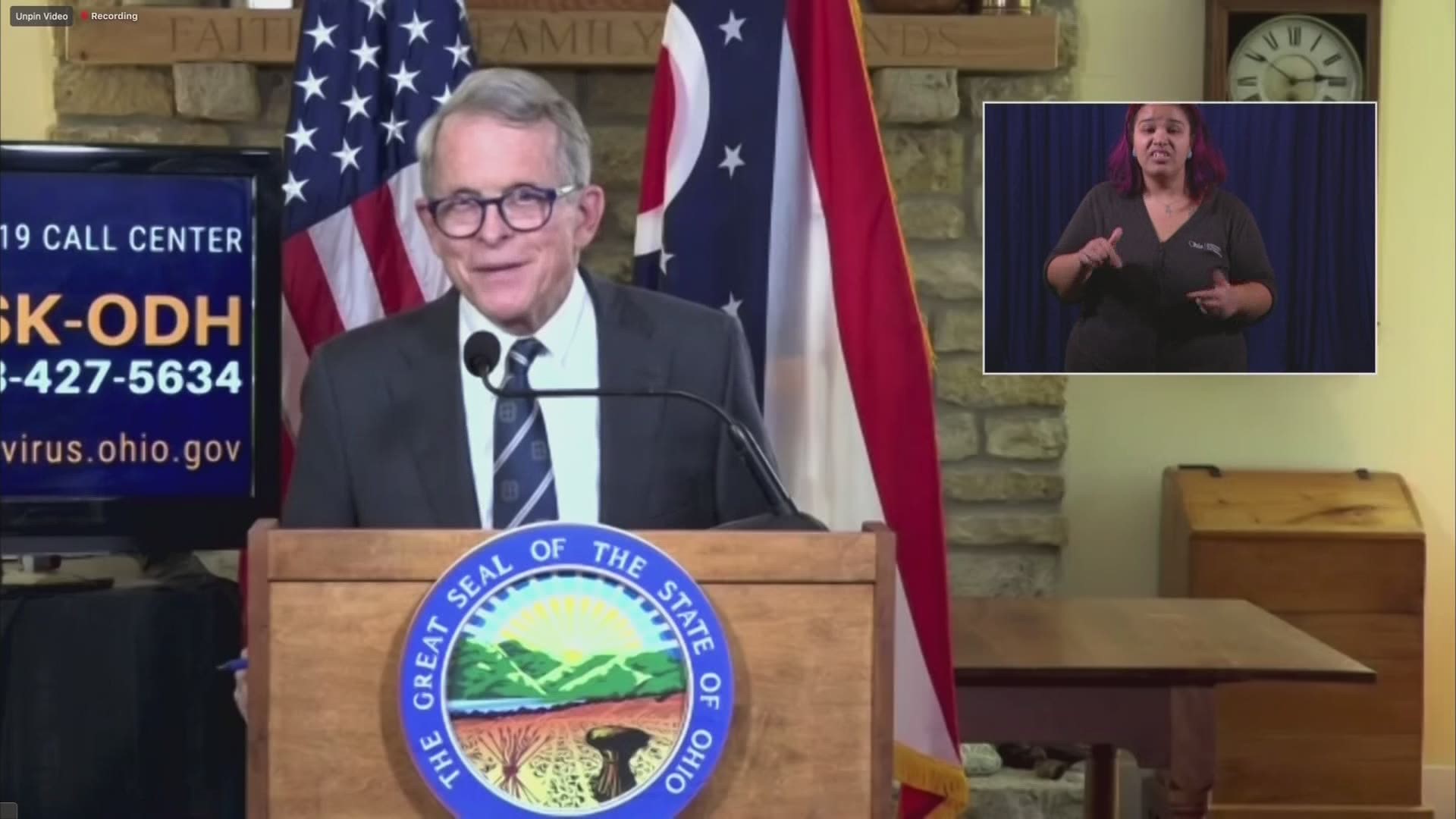 COLUMBUS, Ohio — The word "impeachment" would normally send most politicians into a state of worry. However, it does not appear Gov. Mike DeWine is too concerned.

"As governor, my priorities are to keep people safe and to get our economy moving faster," Ohio's chief executive said during his Tuesday press conference. "If there are others in the legislature who want to spend their time drawing up resolutions and filing articles...I'd just say to them, 'Have at it.'"

Four state representatives from the more conservative wing of DeWine's own Republican Party signed on to 10 articles of impeachment on Monday, accusing the governor of inflicting "unbearable pain" through his response to the coronavirus pandemic. Notably, they are attacking his actions on the economy, which involved shutting most of the state down before putting several reopening guidelines in place in an effort to curb the spread of the illness.

"With deaths and hospitalizations from COVID-19 flattened, the Governor continues to press his boot on the throat of Ohio’s economy," Rep. John Becker (R-Clermont County), the main sponsor of the effort, said in a statement. "Due to the unilateral actions of Governor DeWine, a growing number of businesses have failed and continue to fail."

DeWine shot back at those claims today in his typical mild-mannered fashion, telling reporters his health orders have saved lives and that virtually all businesses have been allowed to open their doors again (albeit with restrictions in place). He also called on those in the General Assembly to talk to him directly if they have concerns, noting that "every legislator has my cell phone [number]."

"I have a great deal of respect for the four leaders," DeWine said of the representatives seeking to remove him. "It's a two-way street as far as information."

DeWine has clashed with the GOP-led Ohio House of Representatives since the outset of the pandemic in March, with the chamber considering and approving numerous bills meant to curb the powers of both the governor and the Ohio Department of Health (all have thus far failed in the State Senate). While relations have improved somewhat since Speaker Larry Householder was removed from his position due to his arrest in a massive bribery scandal, several points of contention remain between the legislative and executive branches.

However, it appears the current impeachment effort has little (if any) support beyond the four lawmakers in question, and new Speaker Bob Cupp has called it "an imprudent attempt to escalate important policy disagreements with the Governor into a state constitutional crisis." Ohio voters are also unlikely to support DeWine's removal, as they currently approve of his job performance by a rate of about 75%.

"This is a once-in-102-year pandemic, and this is not an ordinary time," DeWine said. "We're going to have to do what we need to do to protect Ohioans."

One of the supporters of the articles is Rep. Nino Vitale (R-Urbana), who has made headlines for his conspiracy theories and outright falsehoods regarding COVID-19 and face masks. He accuses the governor of being a "dictator" who should be charged with [unspecified] "crimes against humanity," but the governor offered a different view on Tuesday.