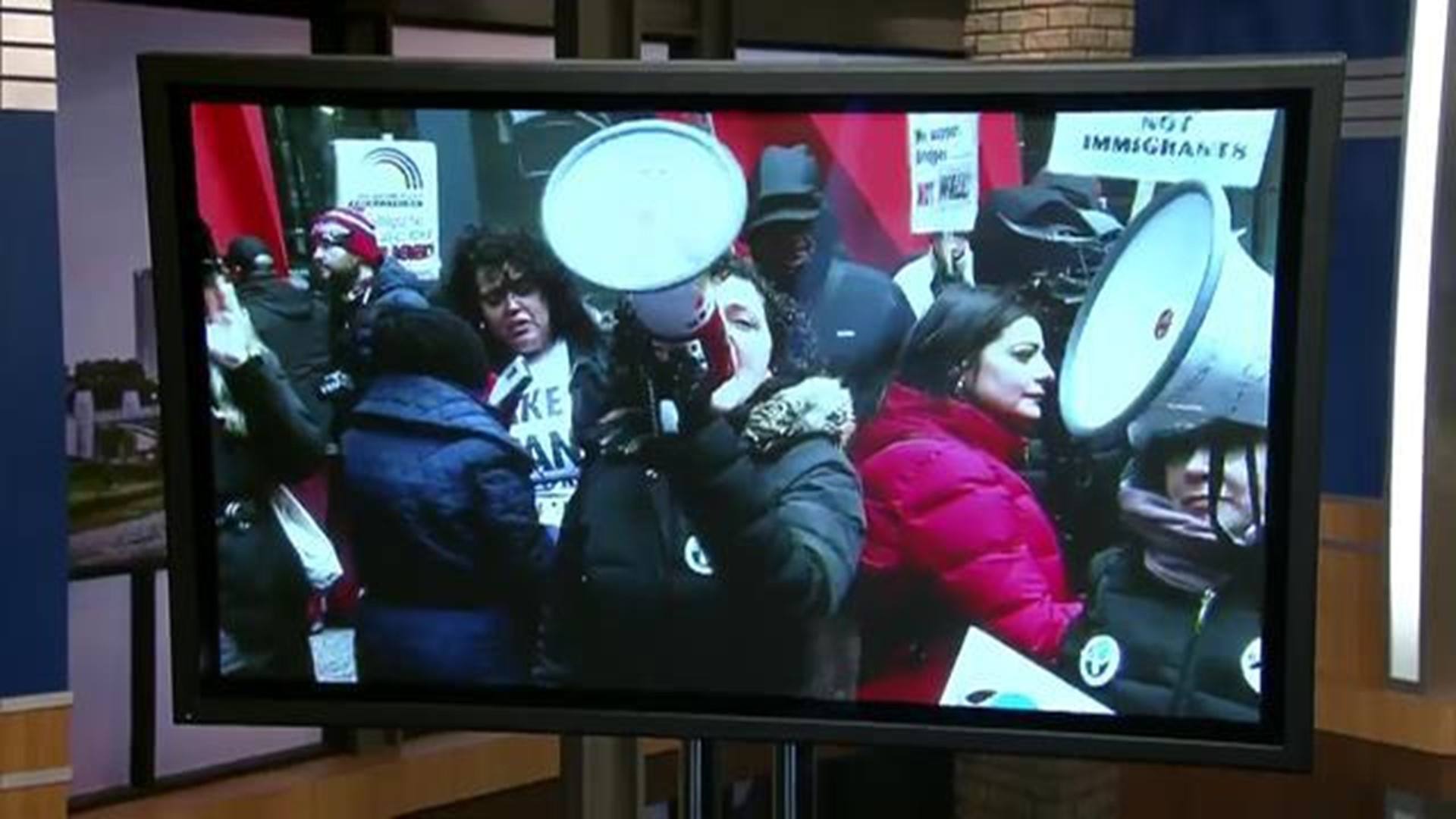 Monday, Columbus groups joined a national protest against President Trump's declaration of a national emergency in an effort to gain federal financial support for a border wall.

"There's too much going on politically and I'm getting sick and tired of Trump, Portman and all these people taking over our rights," said Bob Wright, a voter from Lancaster, Ohio.

Friday, President Trump declared a national state of emergency along the border of Mexico noting the flow of drugs, illegal immigrants and criminal activity posed a threat to national security.

"I couldn’t believe he did that," Wright said. "There’s no emergency! Every single representative along the border said they don’t want a wall, but Trump definitely wants to have a wall of something to build his legacy. If he could build a Trump tower on the border, he’d prob do that."

Jennifer Asif is one of the people who protested outside of U.S. Senator Rob Portman's office in downtown Columbus.

"My husband, he is an immigrant from Spain, and he is here legally," she explained. "But because of an error ICE's system, he was stopped at a checkpoint in Texas where he was working as a semi-truck driver."

Asif says her husband now faces possible deportation and has been in U.S. Immigration and Customs Enforcement custody for six weeks.

"It's terrible. He was our main source of income, to begin with," said Asif. "Just not having him here and not knowing what's going to happen that's really hard."

A group of activists in Westerville also held a protest Monday. The group called Indivisible Westerville met at City Hall. They were supported by state senator Tina Maharath, the first Asian-American woman to be elected to the Ohio Senate.

"This is appalling that our president is out here abusing powers that he wants to build a wall and not welcome immigrants," Maharath said. "As a child of refugee parents, I should be standing up for rest of the refugees and immigrants out here in Columbus."

According to a recent poll conducted by CBS News, 66 percent of Americans are against a national emergency declaration for the border wall.