Though Huffman represents the Dayton area, his comments are reverberating across the state. 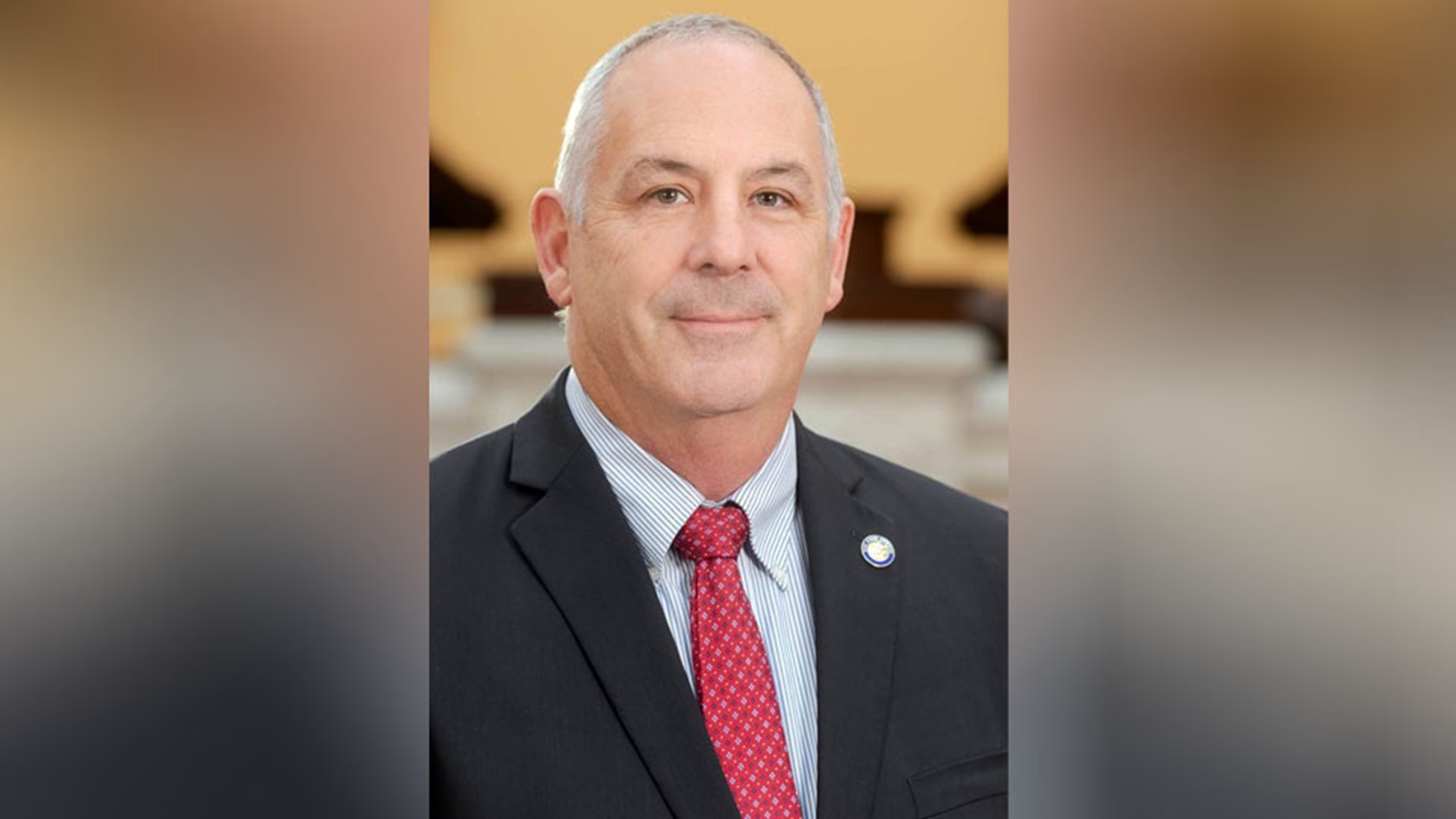 COLUMBUS, Ohio — There are calls for an Ohio State Senator to step down, after comments that have been roundly called "racist."

He then asked whether they possibly don't wash their hands as well as other groups.

Though Huffman represents the Dayton area, his comments are reverberating across the state.

It was during testimony Wednesday about whether to declare racism a public health crisis that Senator Stephen Huffman made his offensive statement.

"I understand African Americans have higher instances of chronic conditions that makes them more susceptible to death from COVID. But why does that make them more susceptible just to get COVID? We know it's twice as often, correct? Could it just be that African Americans, or the colored population, do not wash their hands as well as other groups, or wear a mask or do not socially distance themselves? Couldn't that just be the explanation why the higher incidences?"

Angela Dawson, Director of the Ohio Commission on Minority Health, answered, “That is not the opinion of leading medical experts in this country."

Huffman, we should note, is a medical doctor.

He has since been fired from his position as a doctor with TeamHealth.  A company spokesperson released the following statement saying, "Dr. Huffman’s comments are wholly inconsistent with our values and commitment to creating a tolerant and diverse workplace. TeamHealth has terminated Dr. Huffman’s employment.”

"…that you possibly don't even recognize and you can't acknowledge and see that you have internalized the disregard of black people,” she said. "This is an example, but this is not just my example. This is our reality every day. This just happened to be caught on live audio. Every single day, this is what black folks go through."

10TV wanted to speak with Huffman. His office told us he wasn't at the Statehouse, so we went to his home in Tipp City, where his family wouldn't speak with us.

In a written statement, Huffman said “Regrettably, I asked a question in an unintentionally awkward way that was perceived as hurtful and was exactly the opposite of what I meant. I was trying to focus on why COVID-19 affects people of color at a higher rate since we really do not know all the reasons.”

Huffman later released a longer statement on his Facebook page.

Below is a screengrab of his statement.

Credit: Facebook.com/statesenatorstevehuffman
A screengrab of a statement on the Facebook page for Ohio State Senator Steve Huffman on June 11, 2020.

"It is not unintentionally. It is not awkwardly. He said what he said because that's what he believed,” said Howse. “That's how this thing, implicit bias, works. You just do it. Apologies mean nothing if you're not going to change the behavior. I want the behavior to change. I want you to be a true partnership in helping dismantle the system of racism.”

Asked whether she gave Huffman any benefit of the doubt, that he had possibly just misspoken, she answered, “I'm not interested in that. I'm interested in getting to solutions to dismantle the system of racism."

The Ohio American Civil Liberties Union, and the Ohio Black Legislative Caucus Foundation- made up of former lawmakers- are both calling for Huffman to resign.

The ACLU calls his comments "ignorant, heinous, and callously hurtful."

The OLBC Foundation said, "His remarks are insensitive, hurtful and set us back in our efforts to address the genuine reasons that the COVID-19 outbreak is having a particularly harsh impact in the Black community."

Through a spokesman, the President of the Ohio Senate declined to comment. The Ohio Republican Party said its chair was not available for comment.

“Steve Huffman must immediately step down from public office, and if he refuses to do so he must be removed from the Ohio State Senate. As a practicing physician of nearly 20 years, he knew precisely what type of harm his ignorant, heinous, and callously hurtful comments would have on communities of color in Ohio. His racist views and sentiments, which no doubt impact and effect his legislative record and priorities, are antithetical to everything the ACLU of Ohio stands for, the work we do, the relationships we hold, and the mission we uphold. There is no reality where he can remain a member of the Ohio General Assembly and make decisions that affect the very communities he undermines and clearly holds such contemptible attitudes. This is what systemic institutionalized racism looks like, and this is how it manifests itself and oppresses the day-to-day lives of People of Color. When willful hatred appears so blatantly and painfully, there is no logical move except to name it and stop it. Until we address white supremacy and white privilege in our public institutions and hold our public officials accountable, we will not have peace.”

“When we talk about the internalized racism that is deeply ingrained in our institutions and the obstacles Black Americans face in ever achieving meaningful change, this is exactly what we are talking about,” Rep. Howse said. “The fact that a well-educated legislator, a Vice Chair of the Health Committee and a practicing medical doctor would, in a public setting, nonchalantly use such antiquated terminology paired with a hurtful, racist stereotype all in one breath reflects how unconscious this problem of racism is for too many.

Because he is not alone in the way he talks and the biases he holds. Black Ohioans have spent the last several days teaching lessons to people just like him about racism and trying to verbalize the pain we are feeling right now so others can better understand the Black experience. We are tired of these conversations, but we must not stop. Because only together can we finally recognize our societal shortcomings and strive to create a better world for the next generation.

This is why OLBC is calling upon the Senate and House legislators and staff to immediately take racial equity and implicit bias training. This training can help to identify racial biases within the General Assembly and make it easier for us as a legislature to recognize the racist policies already in state law and seek to level the playing field so all Ohioans can live the American Dream right here at home and Ohio can finally realize its true promise.”

"There are times when a colleague says or does something so egregious that those who serve with them must speak out. This is one of those times.

"There is simply no excuse for Senator Steve Huffman's comments yesterday that 'colored populations' don't 'wash their hands as well.' This was not simply an error in terminology. It was the public declaration of a sickening stereotype about black Americans. Even worse, it was used to explain away why black Ohioans are at greater risk of illness and death from COVID-19.

"If we don't challenge racist perceptions, politicians may end up using them to take votes or introduce bills that harm minority communities. Our policies reflect our belief systems - and this one cannot be tolerated."

At a legislative committee hearing on Tuesday, I used an insensitive and offensive term while asking a question. I had absolutely no malicious intent, but I recognize that my choice of words was unacceptable and hurtful. I apologize, and I make no excuses. Those who know me will tell you that I have nothing but love and respect for all people, and I would never intentionally disrespect or denigrate anyone for any reason.

My entire career has been spent as a medical doctor, often caring for people in the emergency room from all walks of life, and traveling on several medical mission trips to provide health care to impoverished people in other countries. I’ve never seen the world through any other lens than healing and compassion, and I am committed to using this moment to advance those values.

We all say something we regret and wish we could take back, and that’s certainly the case here for me. We need to be more careful about the words we use and the potential harm they can inflict, even when that’s not our intent. I am reaching out to those who I offended to ask for their forgiveness, to listen to their input and to seek their guidance on how we can turn this mistake into a time of learning as we work together to build a better Ohio.