Opponents of Gov. John Kasich protested outside a Columbus school on Monday. Find out more. 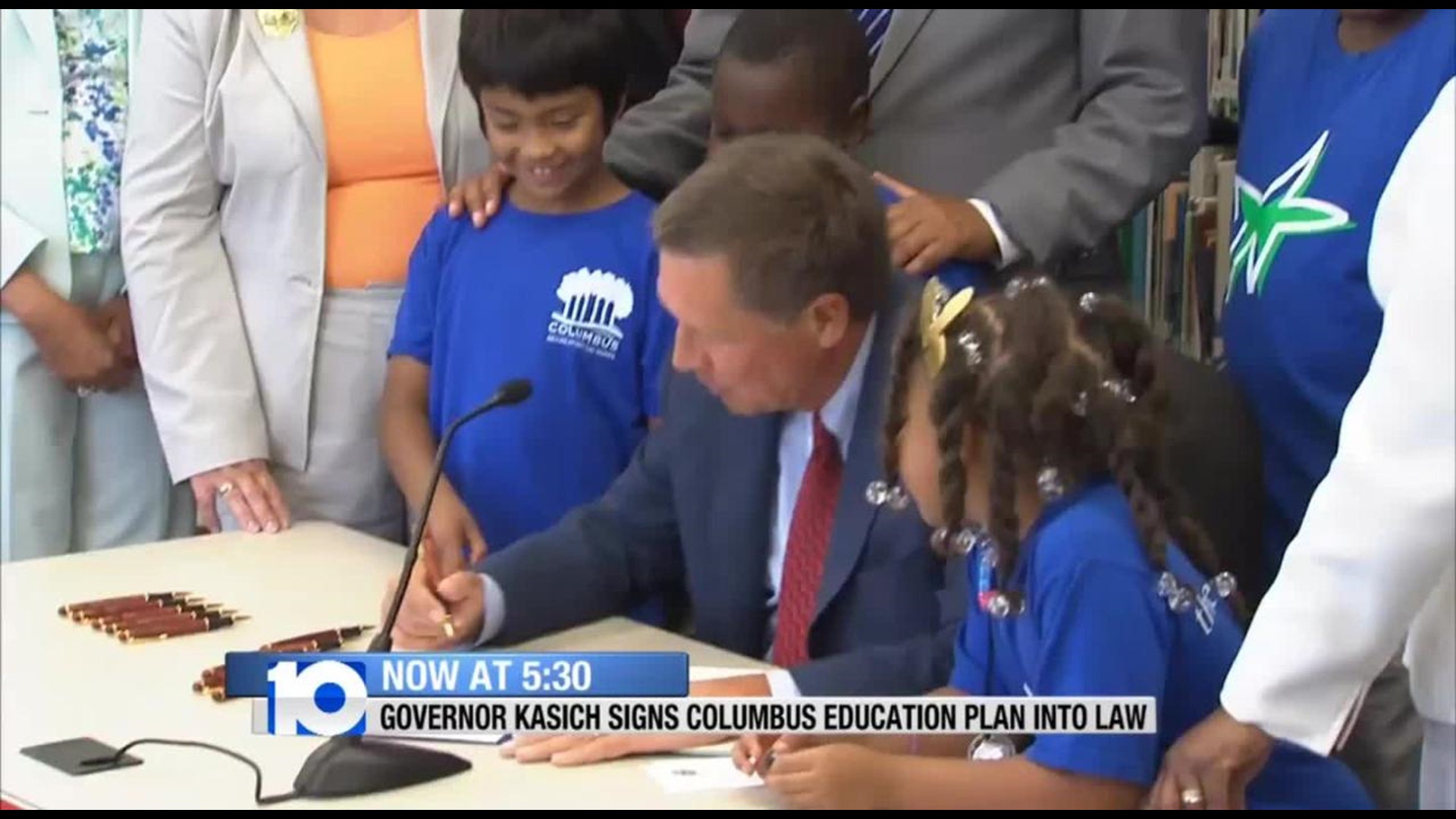 Opponents of Republican Gov. John Kasich protested his policies outside Indianola Alternative School on Monday.  Many chanted “Shame on you!"

But in a strange twist inside the school, Columbus mayor Michael Coleman, a Democrat, was singing Kasich's praises.

"On the first day we came together he said 'How can I help?’  The governor asked me that," Coleman said.

What Coleman wanted was a bill that will give him more authority over Columbus schools.  It’s something that Kasich says is a good thing.

"If you trust the mayor, give us the vote.  Give us a chance," said Kasich.  "We'll all be out there fighting for these kids."

The bill Kasich signed Monday will leave it up to voters this November on whether they want to create an independent auditor for Columbus City Schools.

It comes after attendance tampering allegations were leveled at the district by state auditor Dave Yost.

"There's been a lot of bad publicity that came out of the operation of the schools and I'm saying to folks who have been reading, just calm down and take a deep breath," said Kasich.

Outside, Sarah Fulmer said she opposed Kasich because of his efforts to weaken public education.

"There's no way they were going to allow him to come to this building and not protest," said Fulmer.  "It's almost hilarious, I think it's funny he came here."

Other protesters were upset about everything from education, to fracking, to a series of anti-abortion bills that Kasich signed into law last month.

"Every time something happens, a new issue comes up that's crazier than the one before," said Dave Girves of Columbus.  "I think these rallies will grow over the next 17 months."

But Coleman said on this issue, there is no partisan divide.

“I told the governor, I just want him to be supportive,” Coleman said.  “We know this will be an effort that will reimagine education in Columbus.  He said, ‘I’m with you 100 percent.’  And he has been.”