A plane overshot a runway at Port Columbus Friday morning. Find out the latest information. 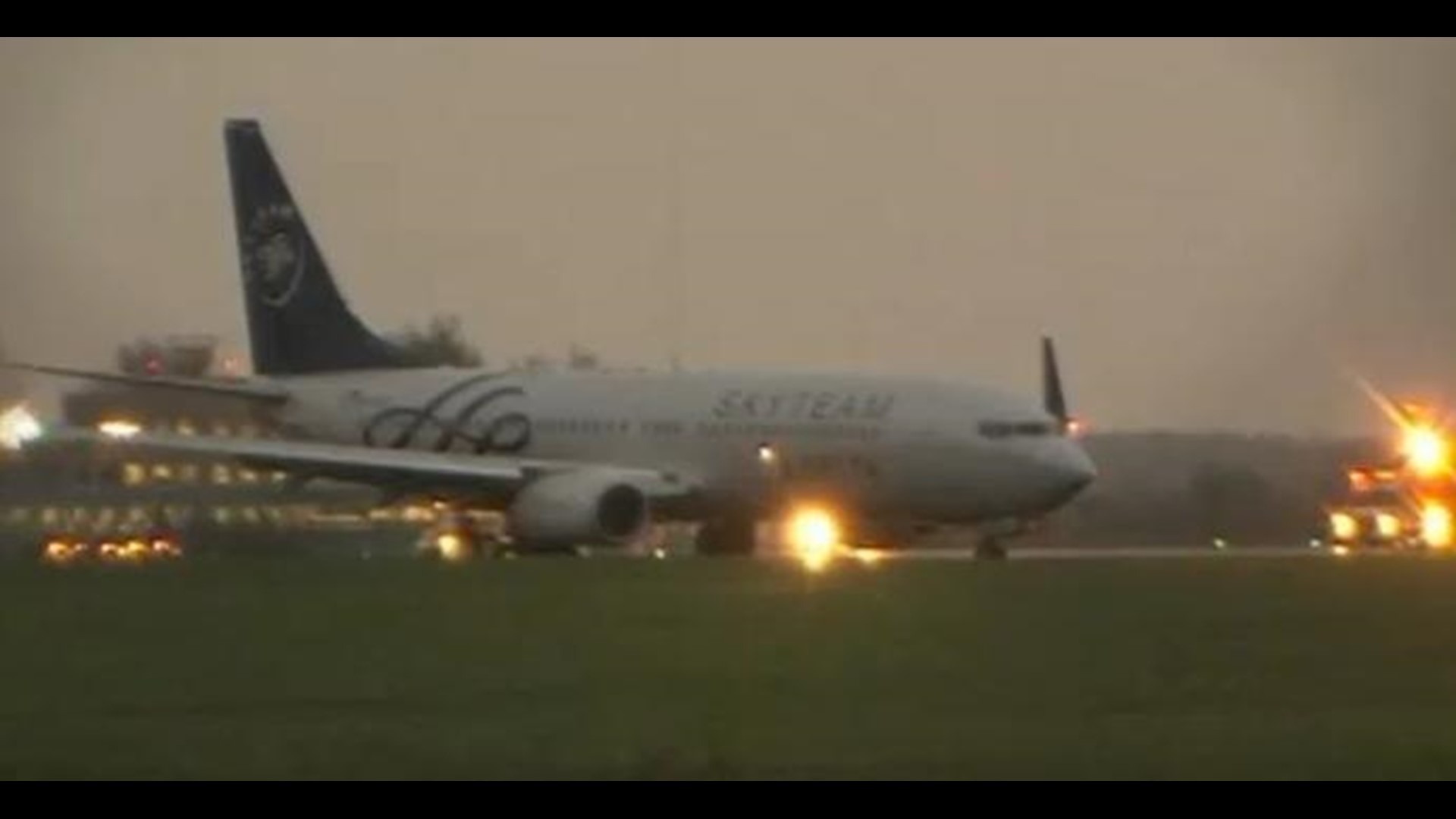 The Federal Aviation Administration has been called to Port Columbus International Airport after officials say a Delta aircraft overshot the runway and landed in the grass.

Airport officials told 10 TV that Delta Flight 1170 was carrying 154 passengers and six crew members from Los Angeles when the plane attempted to land and "went a little bit off the runway" in Columbus.

"We have some nose gear stuck in the mud," said Port Columbus spokeswoman Angie Tabor. "We are very fortunate that there are no injuries out of this incident."

"We knew something wasn't right at the end because the plane jerked to the left," Jarosz said." I was sitting on the right side of the plane and immediately the pilot came on and said 'everyone sit in your seats.”

Ken Friedlander arrived at the airport to pick up his wife, a passenger on the plane.

"I was surprised when she called," Friedlander said. "She said 'I'm going to be a while.'"

Buses transported passengers from the plane to the terminal. The runway remained closed for several hours until crews could tow the aircraft out of the mud.

Stay tuned to 10tv news and refresh 10tv.com for the latest.