If you want to stand out in the crowd, you have to be bold. And in football, that means taking the fight to the enemy. 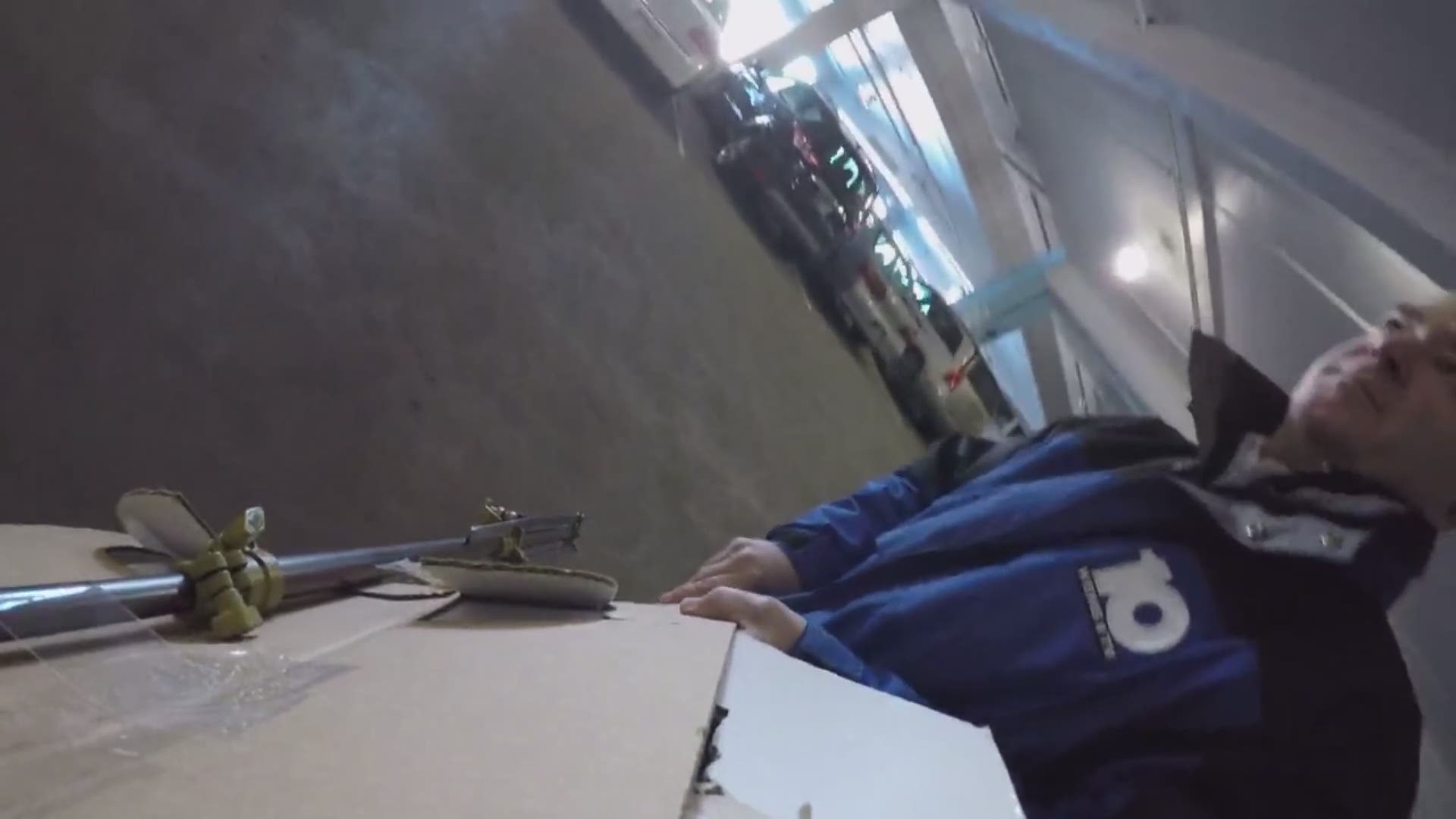 If you want to stand out in the crowd, you have to be bold.

And in football, that means taking the fight to the enemy.

10TV planted a cardboard cut-out of Brutus outside the Notre Dame's Book Store and fitted him with a hidden camera to see what kind of reaction he would get.

We were curious how our beloved Brutus would  be welcomed in Irish country?

Some opted to say hello and others waved.

10TV stuck a sign to Brutus’ chest. It read: "Who will win? Ohio State or Notre Dame?”

A father and his two boys wanted to make sure Brutus knew who they were rooting for: The Irish.

Some kids didn't know what to think. One little girl saw the big nut and ran off.

Some stopped to take a cell phone photo.

Most people, not even a dog wanted to make eye contact with Brutus.

One Irish fan did walk up and give us tell us we were #1.

Then, things started heating up. One kid attempted to knee Brutus below the waist.

Then he got into a fighting stance as if he wanted to punch Brutus. He did take a swing but it never landed.

Let's face it, he's a hard nut to crack.

A quick stop by the football practice facility

Taking a photo by the iconic "Touchdown Jesus" on the library

Brutus poses next to one of Notre Dame's football trailers