A Columbus artist is taking history and making it into art. Find out more. 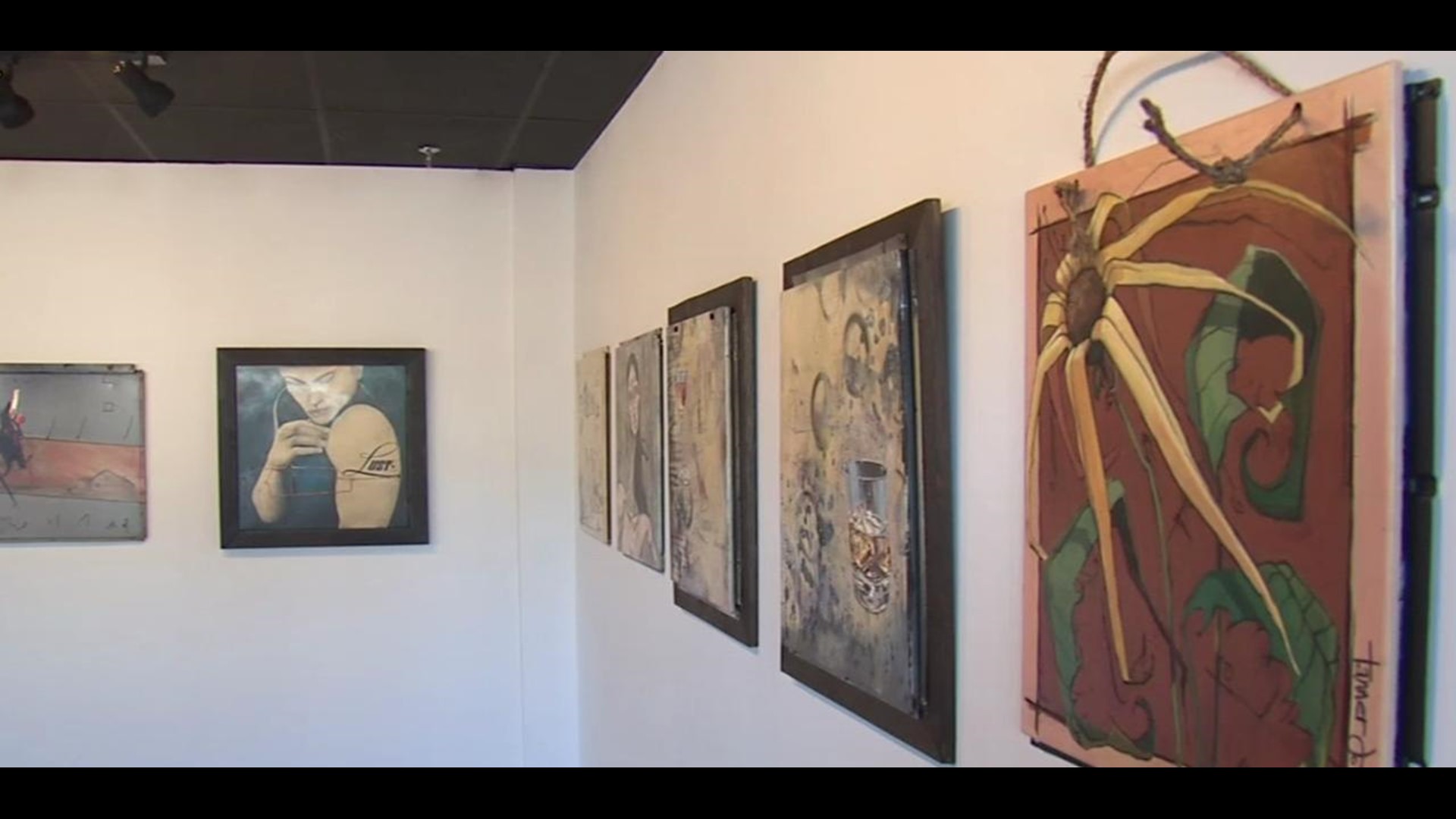 Imagine living in a home numbered like a work of art.  That's what a Columbus artist does.  His home, a piece of Columbus history, was the inspiration for an unusual art show that opens this weekend.

Brain Reaum hung a picture on the wall of Tacocat Gallery Grandview, then checked to make sure it was level.  His work is one of 35 pieces that comprise the show.  What makes the pieces unique is not just artists' work, but also the materials they used...panels from old Lustron homes.

When World War II ended and the G-I's came home, they needed housing.  A Columbus factory stepped up.  From 1947 until 1950, Lustron created 2500 maintenance-free homes. They were trucked in pieces to purchasers along with assembly instructions.  Each was made from squares of porcelain, enameled over steel outside...and in.

"It was designed by automobile designers back in the forties," Steve McLaughlin said, " an engineering feat."

McLaughlin, president of the Whitehall Historical Society, said the two and three bedroom homes were cutting edge design for the time.

"It's a very good study on efficient use of space because of all the built-ins that it has," he said.

One example was a combination washing machine and dishwasher.

The modest homes, which sold for between $5,000 and $7500 when new, also were hits with young families because of their low prices.

"It's just kind of an art form, much like an older car. We appreciate the art and the nostalgia.  It represents a different era, a different mindset, maybe a simpler time."

"I walked in and just knew I wanted it.  It was the aesthetic of it," he said.

For the past five years, he had wanted to put together an art show with Lustron panels.  This year, he did.  He got damaged Lustron panels from McLaughlin, then reached out to his friends in the artistic community.   He gave each artist a panel and warned them that the finish on the surfaces needed to be sanded down before paint would stick.

"The material being a challenge itself.  It's not conventional," he said.

Some artists painted their panels. Others worked them into their creations in a different way, like the artist who fashioned a chair using a Lustron piece.

Reaume said that this work became very personal for the artists because of where the panels came from.

"It was such a part of somebody's life.  And, I think that carries kind of residual energy, so these artists really took that to heart," he said.

He glanced around the work decorating the walls of the gallery.

The show begins at 6pm on Saturday and runs through March 30.

Tacocat Gallery is located at 937 Burrell Avenue in Grandview.