An out of state choir and a Columbus church decided to pay tribute by singing the national anthem, with hopes of giving comfort to the officers who will still protect and serve. 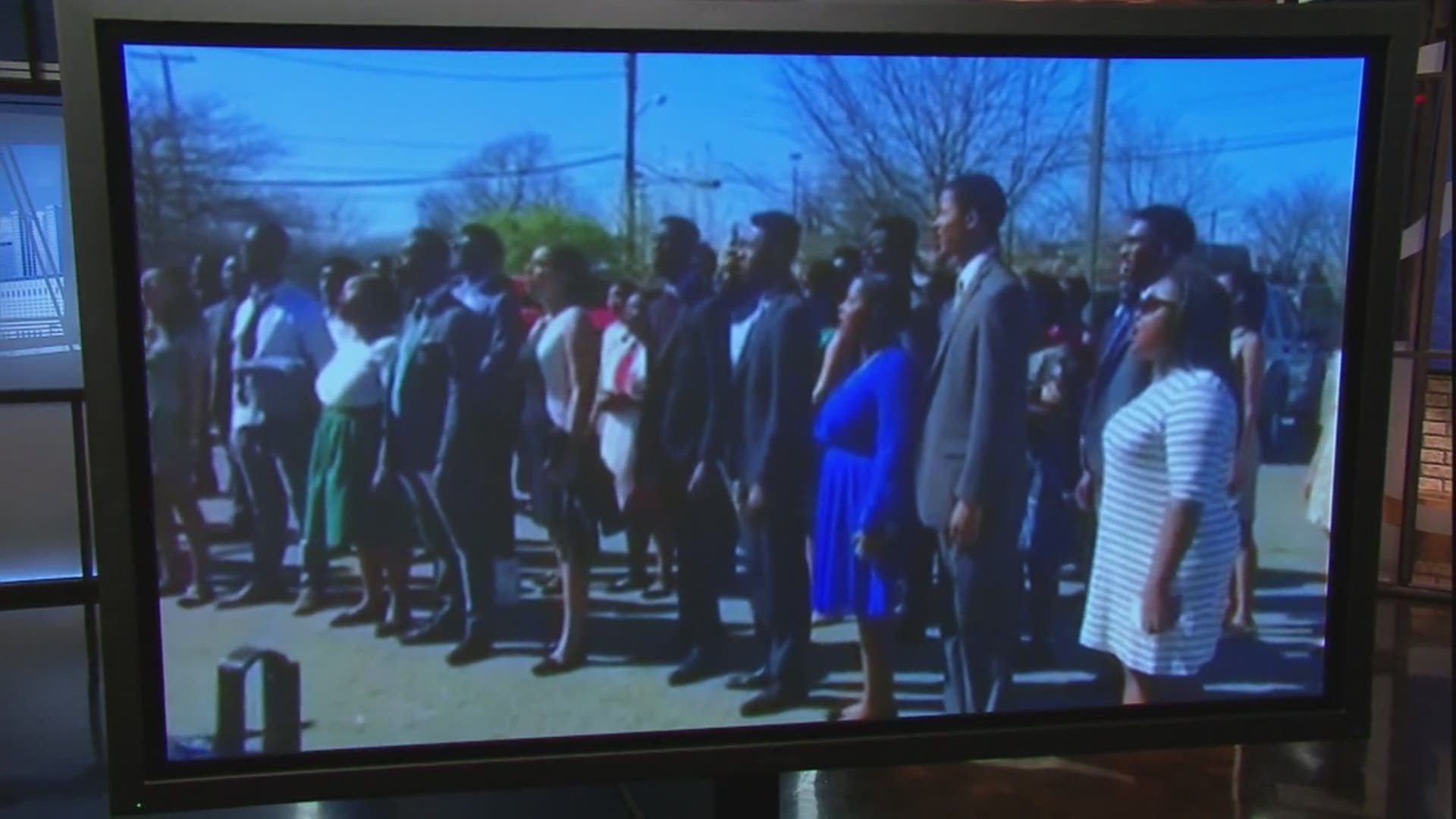 Support from the Columbus community and all over the country has been overwhelmingly given to the Columbus Police Department for the last nine days.

A veteran police officer, Steve Smith was shot during a SWAT standoff and died from his injuries April 12.

Over the weekend, an out of state choir and a Columbus church decided to pay tribute by singing the national anthem, with hopes of giving comfort to the officers who will still protect and serve.

"His family is hurting, all of these officers are hurting, so as soon as they come out give them all the love in your voice,” Central Seventh-day Adventist Church Pastor John Boston said.

An impromptu stop at Columbus Police Precinct 12, brought the bravest of the city’s heroes to tears.

"The officers that were there (were) moved to tears. [A]ll of them were crying, you know some of our people were crying,” Ephraim Laidley said.

Laidley, the church’s Community Development Director, says he felt both sadness and joy on Saturday, while the Aeolians of Oakwood University belted out an emotional serenade.  "We thought, 'what a great opportunity to go over and you know lift the spirits of the officers and serve those who so tirelessly serve us.'”

"[T]here's a larger community and city that appreciates what you do every day, the sacrifices that you make (and) the sacrifice Officer Steven has made.  And we just wanted to show in the way that we could, at that moment, our appreciation for what they do,” Laidley added.

The group hoping to lift heavy hearts, through harmony says they succeeded that day.

The pastor of Columbus Central, John Boston, is also a Chaplain for the Columbus Police Department.