The Ohio University will host a massive bone marrow drive Tuesday. Get the story. 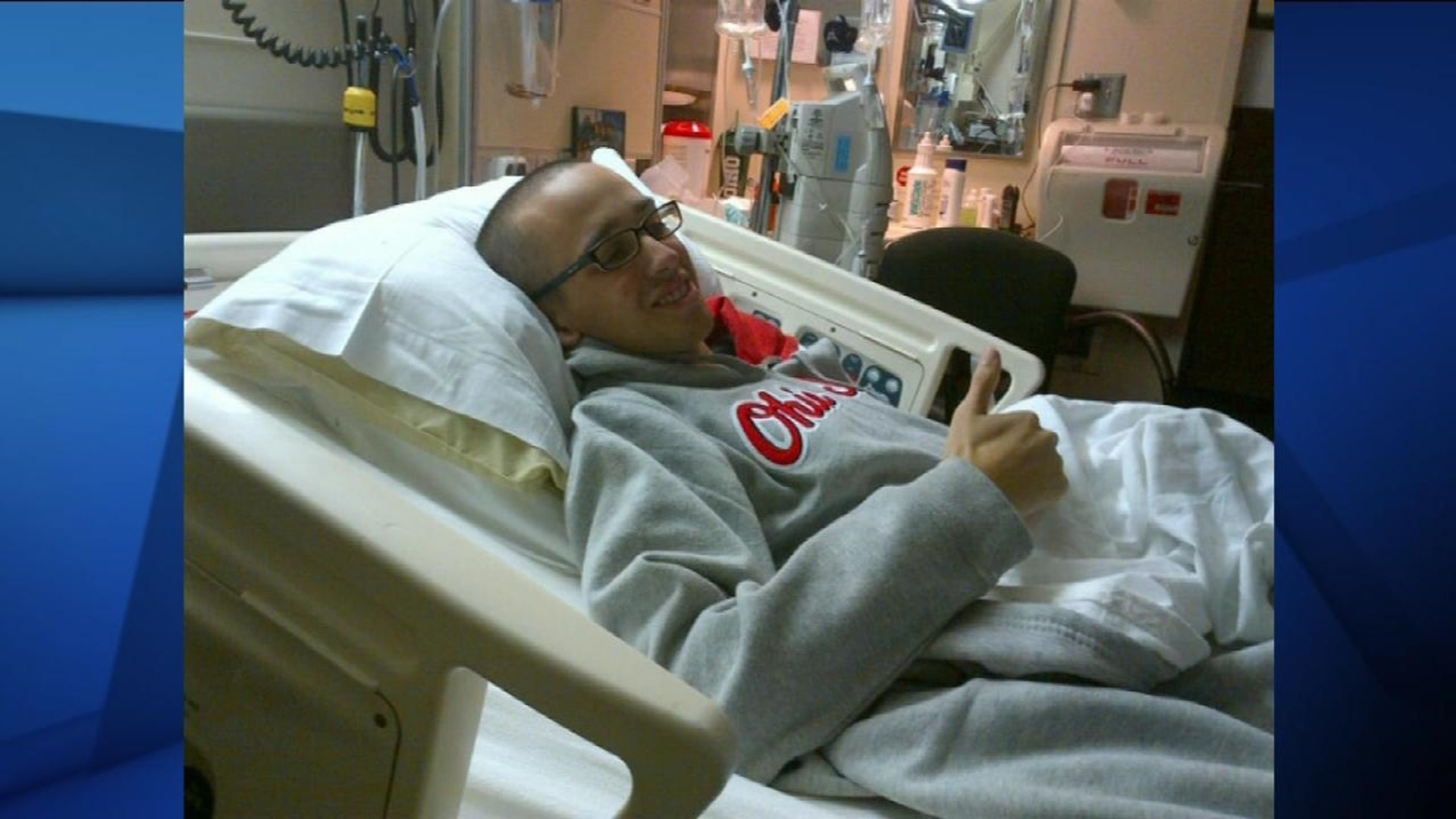 The power to save a life is within all of us.

It is a lesson the students at Ohio University know well.

The school with a reputation for partying is also becoming recognized for saving lives.

If you didn't know his story, you could mistake Haden DeRoberts for any other student on OU's campus.

"People my age, you kind of have a perception of invincibility," he said.

But this 21 year old from Grandview has a perspective few others do: one earned in a literal fight for his life.

"For the initial hour or so I was just stunned and didn't process much at all," he said. "And then all of the sudden the emotions that you're supposed to start feeling come in fast."

Chemotherapy and a cord blood transplant failed. It left Haden to face the very real prospect that he wouldn't survive.

His only hope at that point was a bone marrow transplant.

In May of 2012 came the call he and his family had been waiting for.

"I hesitated to pick up the phone because I was just waiting to hear something awful," he remembered. "And I picked up the phone and he was like, 'someone came through in the registry for you, and we can go into treatment now'."

This summer a jubilant Haden shared the news from the stage at the Bonnaroo Music Festival.

"I got a bone marrow transplant from an anonymous donor that saved my life!" he told the cheering crowd.

Haden now shares his story in support of one of the largest campus marrow drives in the country, hosted by Hillel at Ohio University.

Since 2009, Hillel at Ohio University has swabbed more than 7,000 students, faculty and staff. It's resulted in 25 marrow matches.

"It means that 25 lives have absolutely been saved," said Leshaw.

They may each be one of thousands, but every person on campus has the potential to save a life like Haden's.

"They could be that match and that miracle for somebody," said Leshaw.

A few minutes of paper work and a cheek swab is all it takes to enter the donor registry.