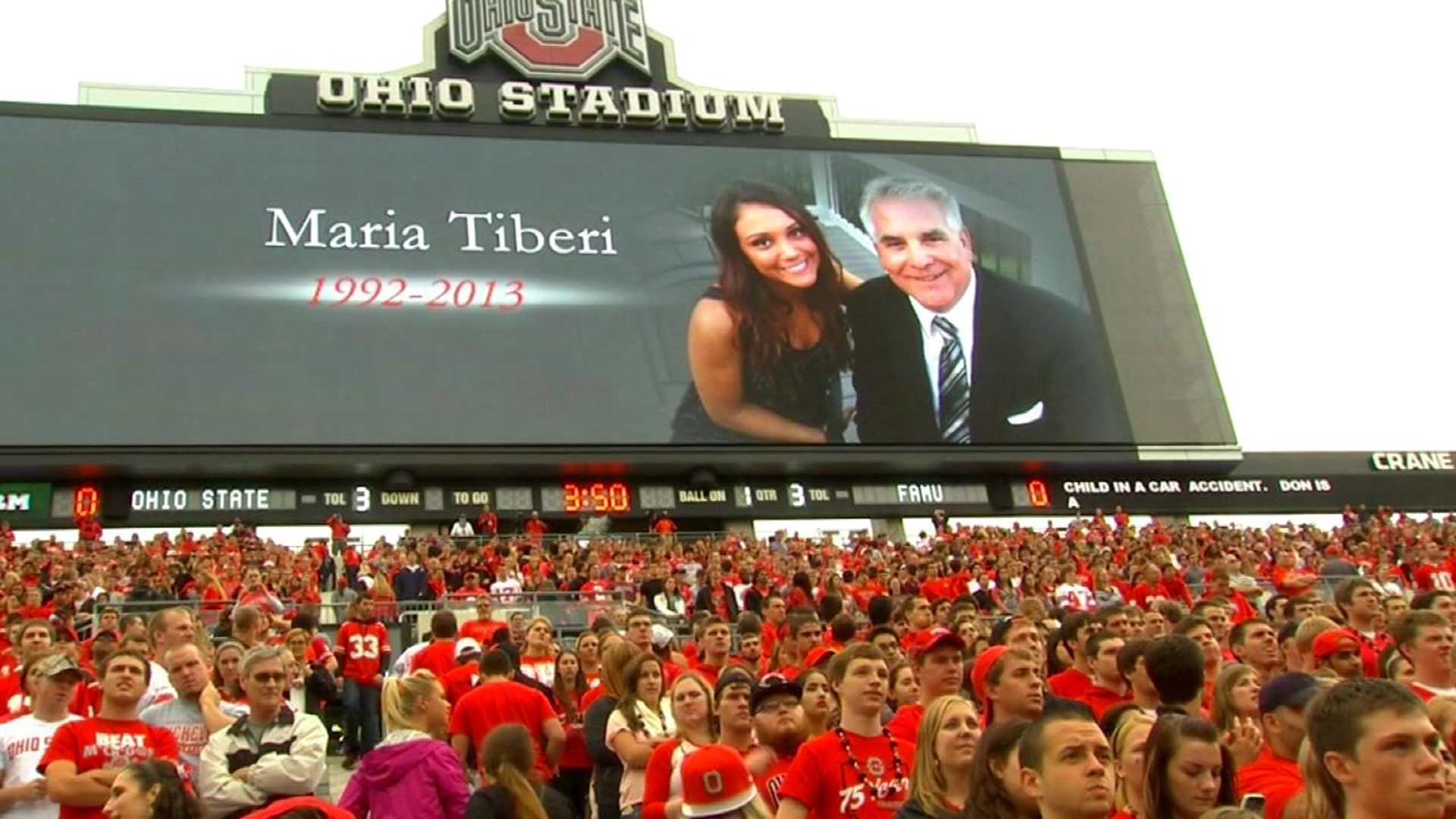 Hopes were high, but hearts were heavy when Ohio State took the field against Florida A&M Saturday afternoon.

This past week, OSU student Maria Tiberi, daughter of 10TV sports anchor Dom Tiberi, was killed in a car crash in Hilliard.

Four days later, with the normal sights and sounds of excitement on game day, there was also quiet reflection as Buckeye nation paid tribute to one of their own.

More than 100,000 Buckeye fans paused for a moment of silence in her honor before the game at Ohio Stadium.

"It really makes you recognize how precious life is, and it really brings everyone together, even though I didn't personally know her very well. We can still all feel for her and we'll still support her family. And as the entire Ohio State community, I think we're always very good at doing that," said OSU student Stephanie Poeppelman.

The team also honored Maria's life with memorial stickers on the backs of their helmets, with her initials, "MT" and a small buckeye.

In a tribute Dom wrote about his daughter shortly after her passing, he said "Maria was always a beacon of sunshine on the gloomiest of days."  It was a fitting reminder, as the sun shone through dispersing rain clouds over Ohio Stadium on game day.

Public visitation for Maria Tiberi will be from 5 p.m. to 8 p.m. Sunday at St. Brigid Kildare Catholic Church in Dublin.

A funeral mass will be held at 11 a.m. Monday at St. Brigid.