This week, state legislators are expected to move forward with a push to wipe out Ohio's current 12 percent cap on the amount of alcohol allowed in beer. 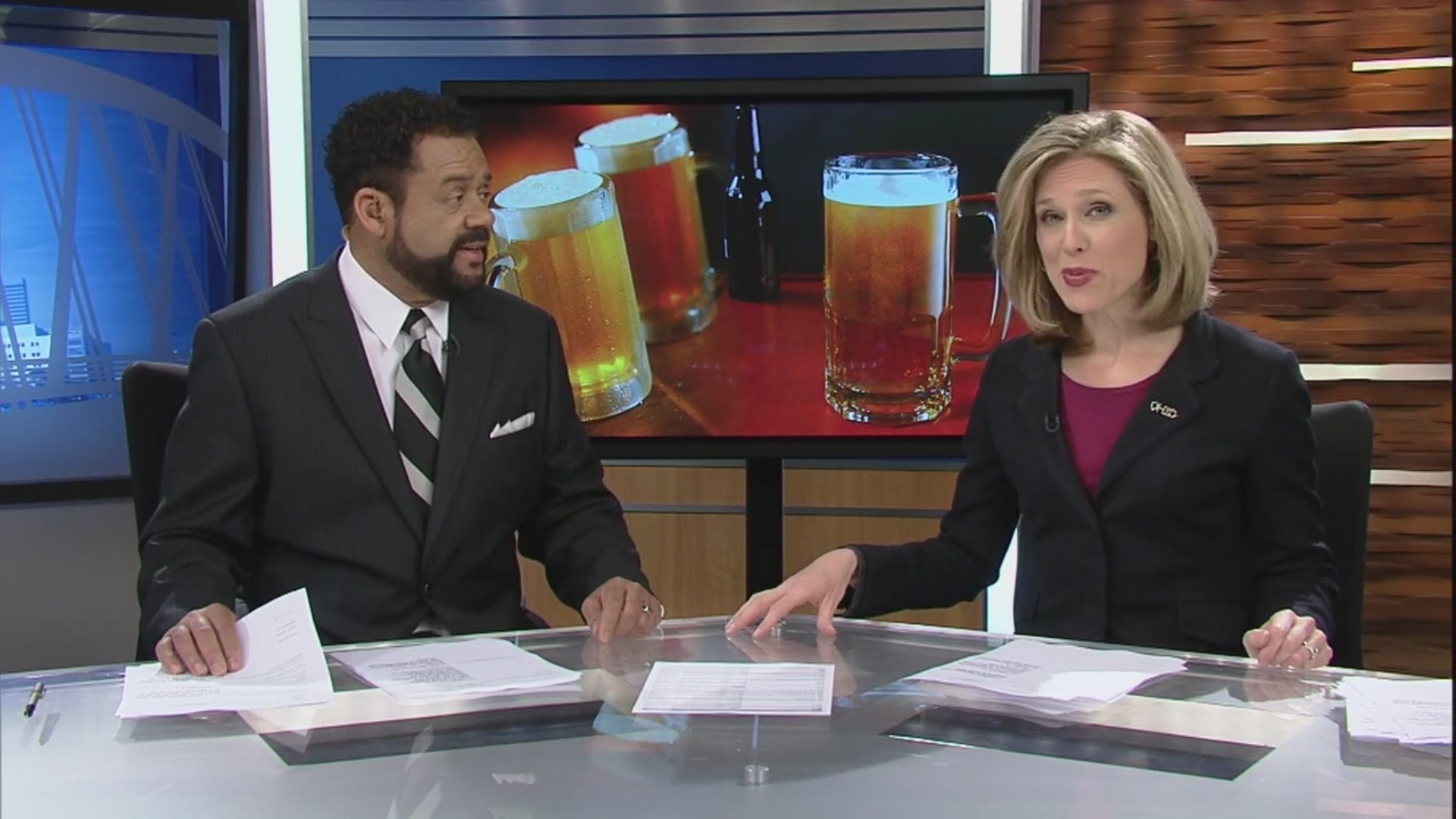 This week, state legislators are expected to move forward with a push to wipe out Ohio's current 12 percent cap on the amount of alcohol allowed in beer.

"It's an economic win overall," Zauber founder and owner Geoffrey Towne said. "Both in attracting brewers who would want to build a plant here, as well as home-grown breweries to have the ability to take advantage of making those beers."

Towne stand among a growing number of brewmasters beginning craft breweries in Ohio.

Right now, every beer Geoffrey Towne has on tap at Zauber is 12 percent or less in alcohol content, but he says that cap gives him a hangover. He supports the current legislative moves to eliminate beer restrictions.

"It gives us freedom to do what's appropriate, as opposed  to being narrowed to our state limit," Towne said.

"With 190 breweries expected to be open by the end of the year, if everyone added one job we're looking at almost 200," Harrison said.

Harrison also said a lack of movement by Ohio's lawmakers could hurt the craft beer industry.

"If breweries aren't able to make competitive products they won't be able to expand and hire," Harrison said.

Ohio's bordering states do not cap beer at 12 percent alcohol content. That means some Ohioans drive across the border to drink.

"It means that tax revenue is going to those states across the border instead of staying right here in Ohio," Towne said.

But Amy Anders says lifting the current restriction is a bad idea.

"It's one of the worst. It may cost more, but you're still going to be able to get drunk faster off of one can," Anders said.

Wednesday will mark three years since she lost her brother in a drunken driving crash. The driver who struck him is serving an eight-year sentence.

"He had too much to drink. Drove drunk. Went left of center and hit my brother head-on," explained Anders. "They actually rolled over the car my brother was in before flipping the truck they were driving. My brother saw it coming but didn't have a chance."

Now Anders says she has a chance to stand up against a law she fears could lead to more intoxicated drivers on Ohio roads.

She is encouraging others to voice their opinions against the law change, too.