Ohio Cities Clean Up Neighborhoods By Tearing Down Homes

Dilapidated homes in thousands of Ohio communities are coming down thanks to millions of dollars in tax free money. 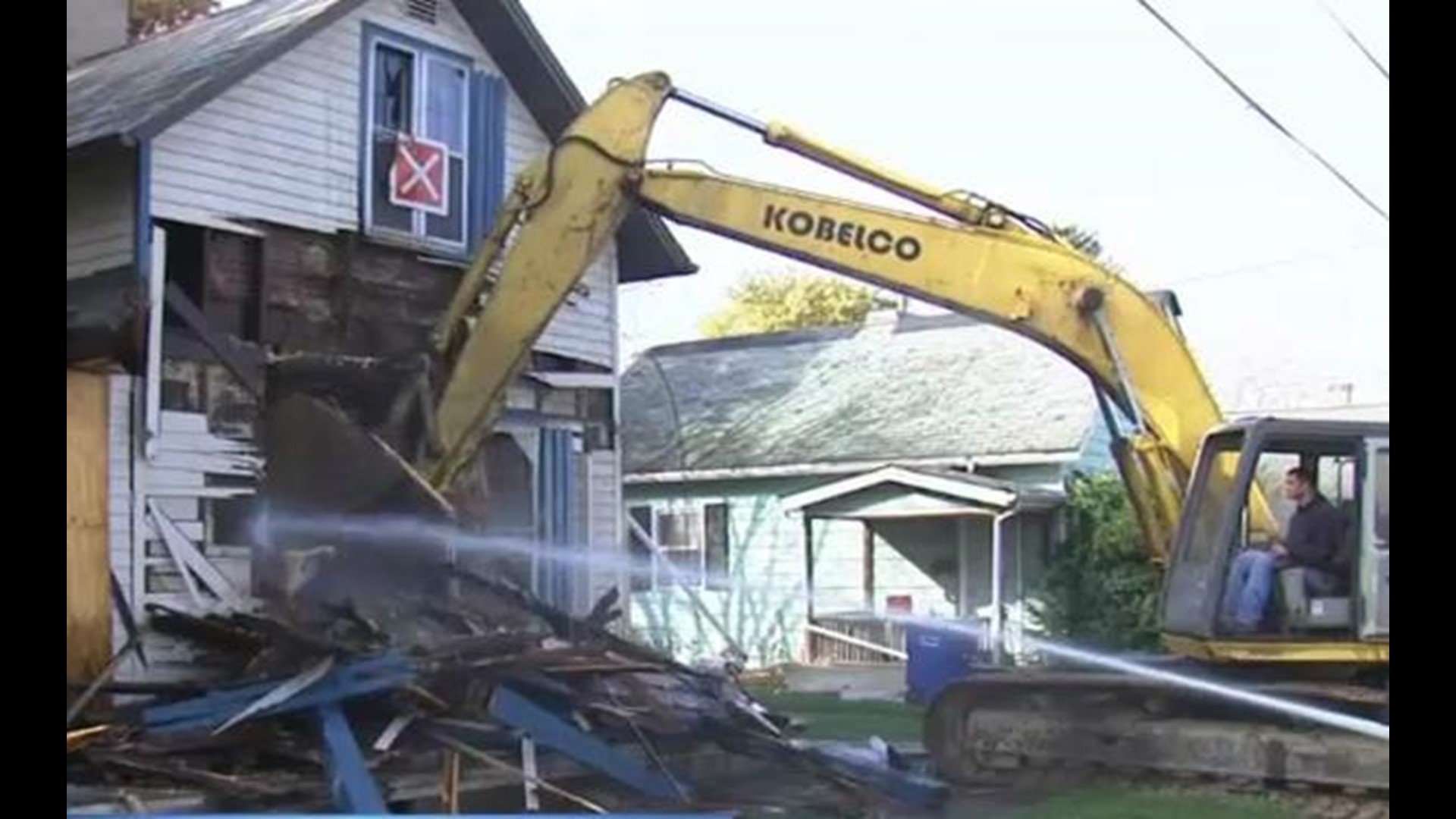 Newark is one of the Ohio cities that are aggressively using tax free money to clean up neighborhoods.

One home on Chestnut Street in Newark was recently taken down.

“I hate to see it go, but it has to go,” said neighbor Robert Sponseller. “If nobody is going to use it, get it out of here.”

Like many financially strapped cities, Newark could not tear down these homes in the past because they simply didn't have the money.

That changed when the Attorney General's Office set aside millions in a demolition grant program.

The National Mortgage Foreclosure Settlement let Ohio allocate $75 million to tear down area eyesores. Newark has used the money to tear down 24 homes and plans to reach 40 by the end of the year.

Other cities like Cincinnati, Youngstown and Zanesville are doing the same thing.

Mayors say tearing down homes also removes potential safety hazards for police, fire, and those who live next door.

“If you live on either side of it, you’re worried about some kid playing in it, someone catching on fire,” said Jeff Hall, Newark Mayor.

Sponseller said it's too bad homes like this have to go.

“People don't have the money to do what they use to be able to do, to keep things up like they use to,” said Sponseller.

He said it's just the sign of the times.

So far the attorney general's office says it's spent $300,000 in grant money to help cities tear down vacant and abandoned homes.