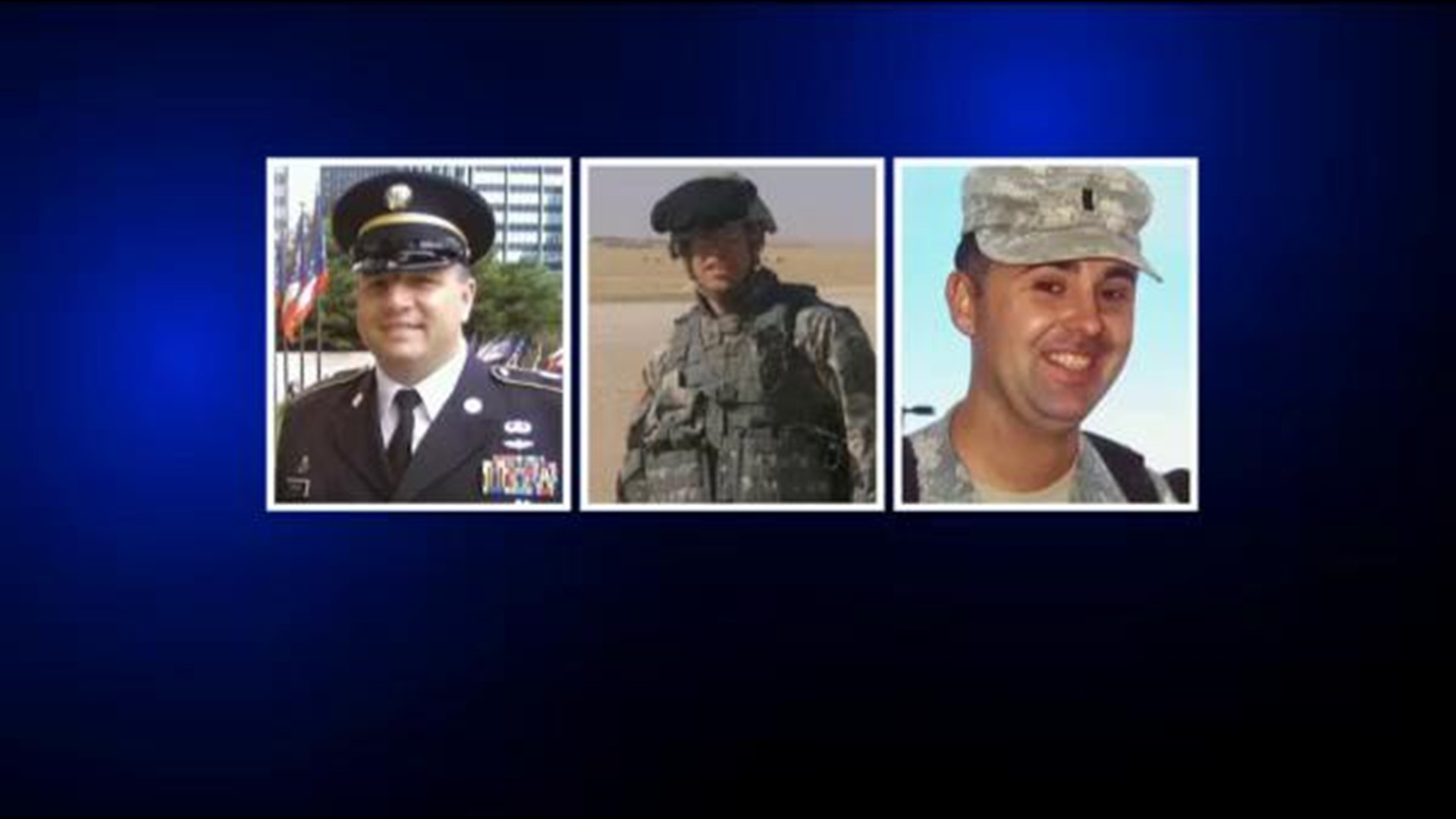 Three Ohio Army National Guard soldiers from Franklin County were killed and several others were injured in an attack in northern Afghanistan this week, the military said on Thursday.

According to the Ohio Adjutant General's Department, the three were killed in Maimanah, the capital of the Faryab province, on Wednesday.

The attack by a suicide bomber on a motorcycle killed at least 13 people at a park in a relatively peaceful area of northern Afghanistan.

According to a message from Hannon's family, Hannon served as chief legal counsel for the Ohio Department of Veterans Services. He and his wife, Jamie, have a 9-month-old son.

“Shawn was charming and engaging and never met a stranger,” Hannon’s family said in an e-mail Thursday. “He embraced life with vigor and an easygoing calm.”

Family members also confirmed that Capt. Nicholas Rozanski, 36, of Dublin also died in the attack. He had been a member of the Ohio National Guard since 2003 and this was his third deployment.

Jennifer Rozanski said her husband worked as a civilian at the Defense Logistics Agency in Whitehall and that the couple has two young daughters.

Alex Rozanski said that his brother had risen to the rank of Captain and that the military was his calling.

Rozanski said that people forget America is at war, and that was why his family wanted to share Nick’s story.

Sgt. First Class Jeff Rieck, 46, of Upper Arlington was the third killed in the attack, McEntyre reported. A family spokesman declined an interview.

According to the National Guard, the brigade has six battalions, four of which are based in Ohio and two in Michigan.

About 3,100 soldiers from the brigade were mobilized last summer for a year-long deployment.

The Taliban has claimed responsibility for the attack.