Witnesses said what started with a minor parking lot dispute led to an over-the-top response from the off-duty officer. 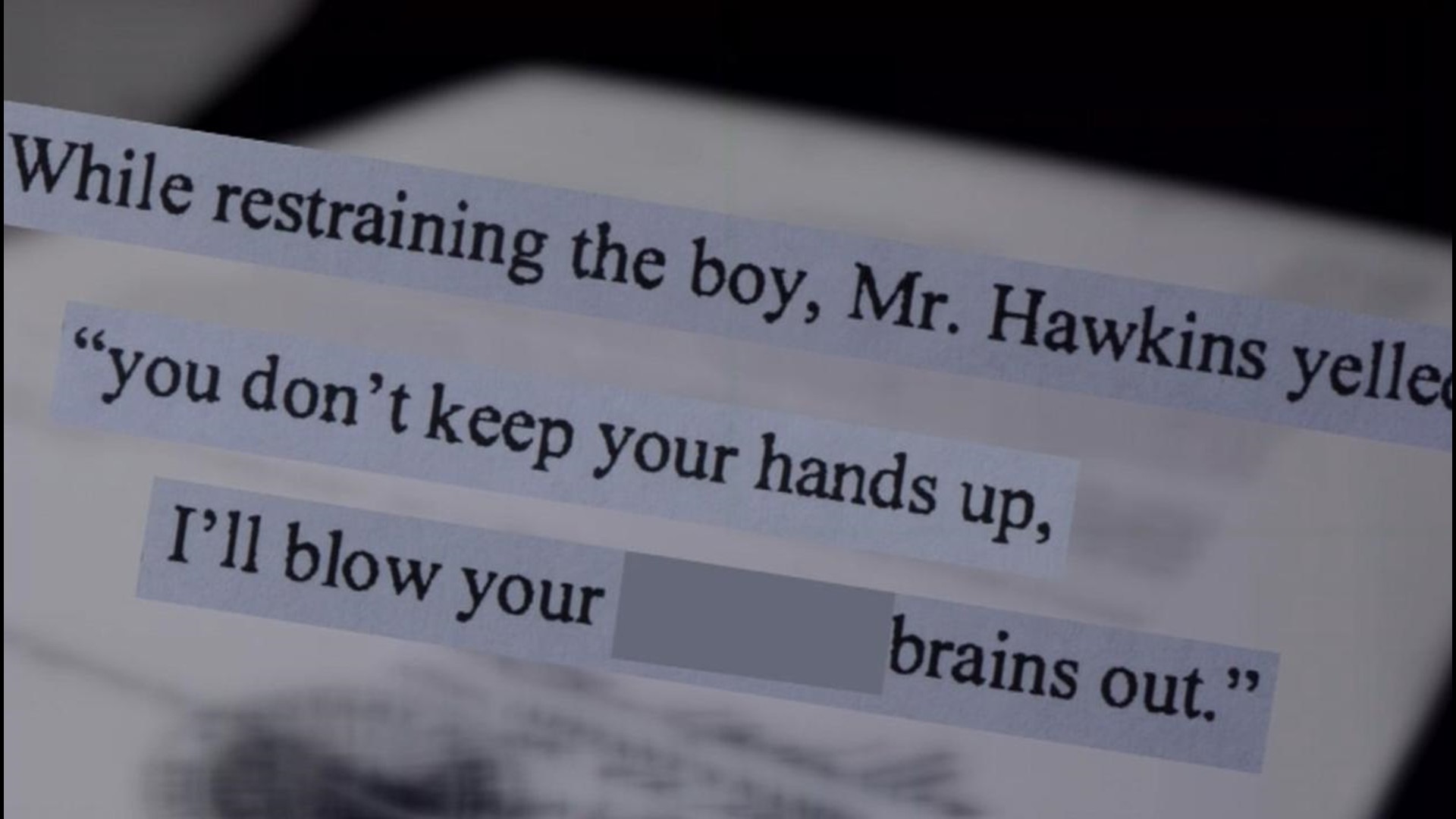 A Columbus Police officer is off the job and facing charges after prosecutors say he crossed the line.

Witnesses said what started with a minor parking lot dispute led to an over-the-top response from the off-duty officer.

Andrew Hawkins has been a Columbus Police Officer for five years.

He was appearing in Lancaster Municipal Court Monday not as an officer, but as a defendant.

The case against him started with this November phone call to Lancaster Police:

Dispatch: Lancaster 911, where is your emergency?

The witness told the operator that Hawkins had stopped traffic to angrily confront two young men in another vehicle.

Investigators say what the witness believed was a gun was actually Hawkins pointing his badge.

Police records said the incident started when Officer Hawkins’ wife was in a parking lot when a car pulled in next to hers.

The 20-year-old driver said he opened his door, accidentally hitting her car door.

Words were exchanged, and Hawkins' wife called him on the phone.

As he drove to the scene, he recognized the car she described, and drove left of center, cutting it off in traffic.

"You guys have got to get here quick,” the caller told the 911 dispatcher. “It's a crazy situation out here. I've never seen anything like this."

Prosecutors said Hawkins admitted cutting the young men off in traffic and confronting them. He said he did it because his wife told him the victims were threatening her.

Prosecutors said they determined the only threats made that day were by Officer Hawkins.

He is charged with eight counts, including Aggravated Menacing and Unlawful Restraint. He faces up to a year in jail if convicted.

Columbus Police said Hawkins’ badge and gun have been removed, and he is on desk duty until the outcome of the criminal case, and an internal investigation.

Hawkins has pleaded not guilty, but declined to comment for our story.