PHOTO: This man is wanted in connection to the Capitol riots

The photos show an older white male with a beard, wearing a blue knit cap with the letters "CFD." 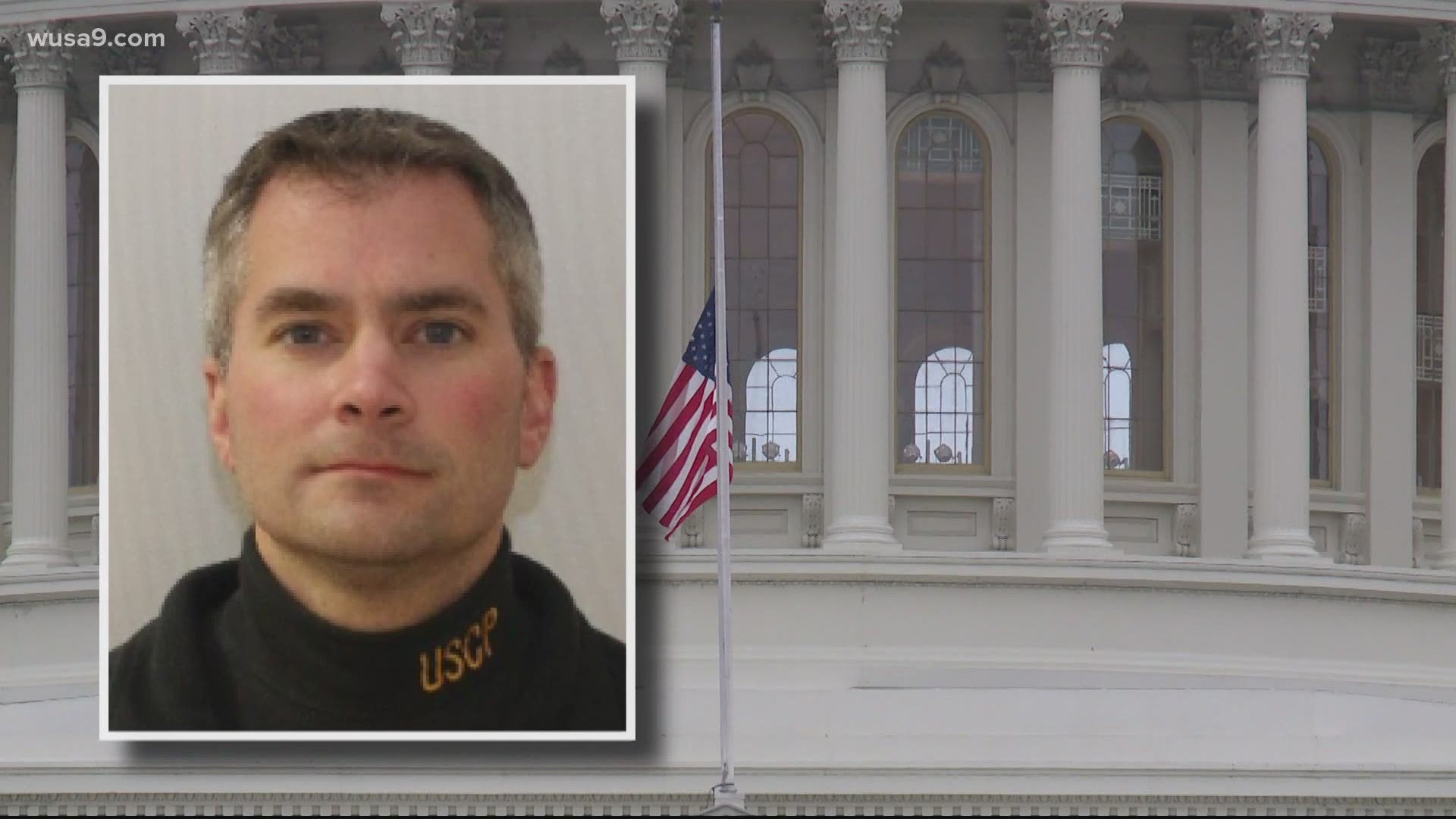 WASHINGTON — U.S. Capitol Police are continuing to release photos of individuals wanted in connection to the Capitol riots last Wednesday.

On Tuesday morning, Sen. Bill Cassidy (R-La.) tweeted photos of an older white male with a beard, wearing a blue knit cap with the letters "CFD," which he said Capitol Police had shared with him.

The senator initially said the man in the photo was a suspect in the death of Capitol Police officer Brian Sicknick, a 12-year veteran of the force who was hit in the head with a fire extinguisher during the riots, sources tell WUSA9. Cassidy urged anyone who may recognize the suspect to contact the FBI with more information.

"U.S. Capitol Police just shared this picture with me. This man is wanted for questioning in connection with the murder of fallen Capitol Police Officer Brian Sicknick," Cassidy said in a now-deleted Tweet.

Tuesday evening, Cassidy walked back his statement, saying the Capitol Police are investigating the man in the photos as a "person of interest" in a separate incident that occurred at the Capitol riots, not the death of officer Sicknick.

Capitol Police has informed me the individual in my previous tweet is a person of interest, but for a separate incident that occurred at the Capitol on Jan 6th. Deleted tweet to prevent further confusion.

The United States Department of Justice said 15 individuals have been charged so far in federal court related to crimes committed at the U.S. Capitol on Wednesday.

In addition to those who have been charged, authorities said that additional complaints have been submitted and investigations are ongoing.

After initially suggesting President Trump could be investigated for inciting a riot after seemingly egging on the crowd before they marched to the Capitol, the Acting U.S. Attorney for D.C., Michael Sherwin, seemingly backed off that stance.

"We don't expect charges of that nature," Sherwin said.

RELATED: Here's who has been federally charged in the US Capitol riots